At new Museum of Black Civilizations, a call to come home 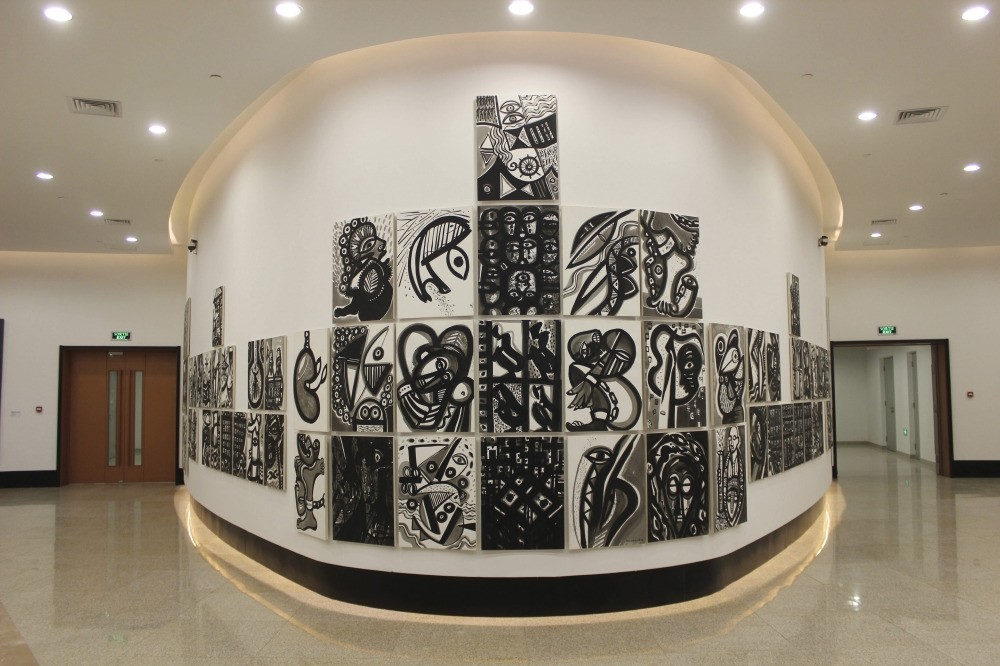 An installation by Haitian artist Philippe Dodard's ,La Movement en Memoire,, stands like a ship inside a gallery of contemporary African art and contemporary art.
by Associated Press Dec 27, 2018 12:00 am

The Museum of Black Civilizations in Senegal opened this month amid a global conversation about the ownership and legacy of African art. The West African nation's culture minister isn't shy: He wants the thousands of pieces of cherished heritage taken from the continent over the centuries to come home.

"It's entirely logical that Africans should get back their artworks," Abdou Latif Coulibaly told The Associated Press. "These works were taken in conditions that were perhaps legitimate at the time but illegitimate today."

The new museum in Dakar is the latest sign that welcoming spaces across the continent are being prepared.

The museum, with its focus on Africa and the diaspora, is decades in the making. The idea was conceived when Senegal's first president, internationally acclaimed poet Leopold Sedar Senghor, hosted the World Black Festival of Arts in 1966.

At the museum's vibrant opening, sculptors from Los Angeles, singers from Cameroon and professors from Europe and the Americas came to celebrate, with some in tears. "This moment is historic," Senegalese President Macky Sall said. "It is part of the continuity of history."

Perhaps reflecting the tenuous hold that African nations still have on their own legacy objects, the museum will not have a permanent collection. Filling the 148,000-square-foot circular structure, one of the largest of its kind on the continent, is complicated by the fact that countless artifacts have been dispersed around the world.

Both the inaugural exhibition, "African Civilizations: Continuous Creation of Humanity," and the museum's curator take a far longer view than the recent centuries of colonization and turmoil. Current works highlight the continent as the "cradle of civilization" and the echoes found among millions of people in the diaspora today.

Like others, Bocoum is eager to see artifacts return for good. The exhibition includes 50 pieces on loan from France, including more than a dozen from the Quai Branly museum in Paris.

More than 5,000 pieces in the Quai Branly come from Senegal alone, Bocoum said.

"When we see the inventory of the Senegalese objects that are found in France, we're going to ask for certain of those objects," Bocoum said. "For the moment, we have not yet started negotiations."

He brushed off concerns that African institutions might be unable to care for their own heritage, pointing to the new museum's humidified, air-conditioned storage space.

The history of some of the objects in the opening exhibition is grim. Pointing to the saber of El Hadj Umar Tall, a 19th-century West African thinker who fought against French colonialism, Bocoum described how French troops fighting him stripped local women of their elaborate jewelry by cutting off their ears.

Contemporary works in the exhibition touch on both triumph and tragedy. There are black-and-white photographs of African nightclubs in the 1960s shot by famous Malian photographer Malick Sidibe, and a stark mural by Haitian artist Philippe Dodard depicting African religions and the middle passage.

"Sometimes I feel like a motherless child," Brown told the AP. "And here, as a member of Africa's English-speaking diaspora, I am proud, reaffirmed."