A play about Mevlana from the eyes of Shams 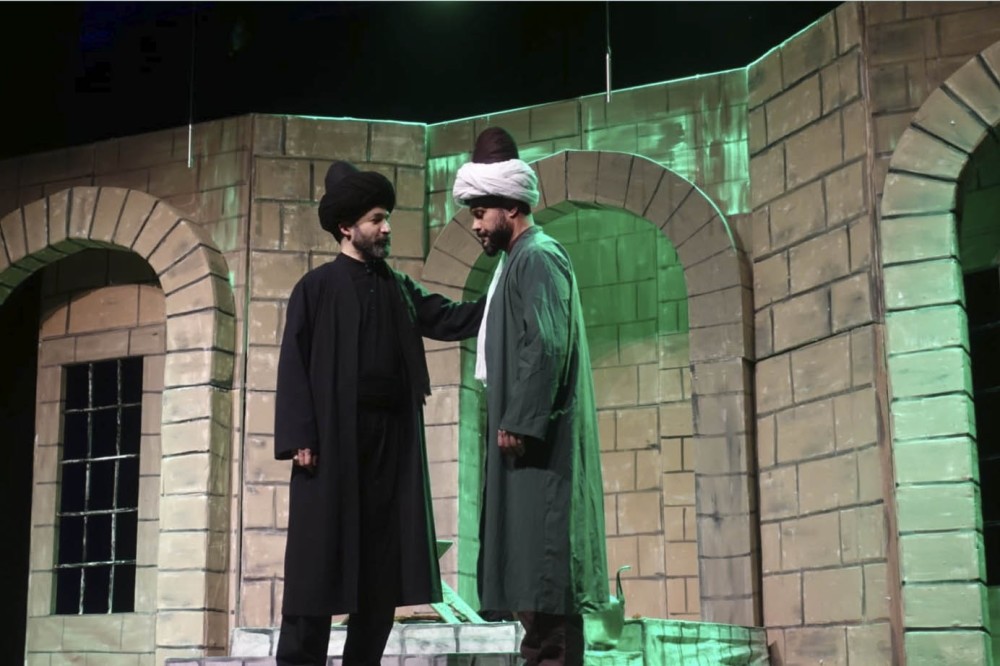 Adapted from Sinan Yağmur's "Tebrizli Şems" ("Shams from Tabriz"), the play was staged with the organization of the Istanbul Metropolitan Municipality's (IBB) Department of Culture.

It was adapted and directed by Şafak Tok. The sound and light design of the play, produced by Tok and Burak Haktanır, was done by Koray Nizamoğlu.

Speaking to Anadolu Agency (AA) before the staging, Burak Haktanır, the producer and assistant director of the play, said that they were educated at the same conservatory with Şafak Tok and founded the Rabarba PSA after their graduation.

Noting that they, as the academy, started their works last year, Haktanır said, "Our first play was 'Shams and Mevlana.' It was performed at various stages in Istanbul last year. It will continue to be staged this year. We will also go on tours out of town."

Explaining that many theater plays about Shams Tabrizi and Mevlana - also known as Jalal ad-Din ar-Rumi, or simply Rumi - have been performed to date, Haktanır said, "Mevlana is known in not only theater plays but also among people. However, Shams is left behind. More precisely, he hid himself. We saw this in Konya province, as well. The tomb of Mevlana is located in a well-known place in the city center. All the people in Konya know it. Even though the tomb of Shams is really close to Mevlana's tomb, the people, unfortunately, do not know its place. It surprised me. We understand from here that Shams always hid himself a little bit. The situation is the same among the public. We gave Mevlana through the perspective of Shams in this play. Maybe, we can say that our difference from other plays is this."

He noted that they have been preparing a new play and continued, "We are preparing a theater play from Istanbul poems. We have made a poem performance, dramatizing the poems about Istanbul. We hope it will be on the stage starting from February with the title of 'İstanbul'un Şuurudur Şiirler' ('Poems are the Consciousness of Istanbul')."

Starring Erkan Helvacı in the role of Shams, the play features Fatih Küçük, Beytullah Çalışkan, Bedirhan Sezer, Ubeydullah Gül, Buse Doğan, Mustafa Güngör and Zafer Güneş. The two-act play, which continues for nearly two hours, tells the ideas and conditions that Shams Tabrizi struggles with in his journey to find love, which he chases from an early age.