'Don Quichotte' to premiere in Istanbul 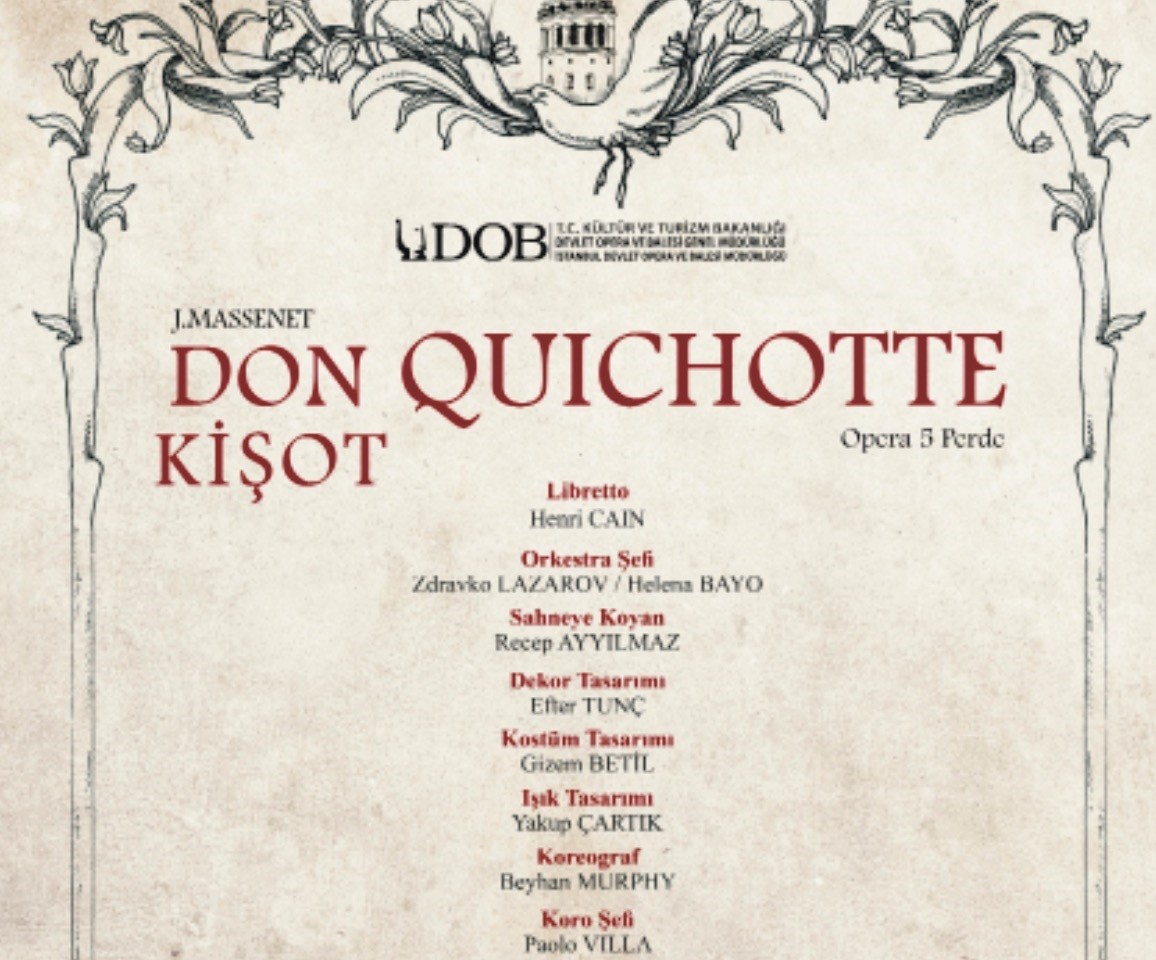 The first figure that comes to mind when idealism is mentioned, which is Istanbul State Opera and Ballet's theme this year, is Don Quichotte.

"Don Quichotte Opera," composed with inspiration from Spanish writer Miguel de Cervantes' namesake work, which never loses its currency, will be staged at Kadıköy Süreyya Opera by the Istanbul State Opera and Ballet on Jan. 19 for the first time in Turkey.

The libretto of the play, composed by Jules Massenet, one of the significant composers of the romantic period, was written by French play-novel writer Henri Cain and attracted great attention when it was first performed at Monte Carlo Opera in 1910.

In the play, Don Quichotte, the passionate traveling chevalier who seeks the virtues that humanity has forgotten, is ready to risk his life for the truths that he believes in and for his love. Events start when Don Quichotte and his loyal squire Sancho Panza come to a small Spanish town and continue when the chevalier sees Dulcinee as his ideal woman and declares his love for her. However, Dulcinee wants something from him as a test of his love for her. The chevalier will find the thief who has stolen Dulcinee's necklace and bring it to the beautiful lady. Don Quichotte completes this mission but Dulcinee refuses him still. This is the time when the chevalier understands that he has been fooled.

In the "Don Quichotte Opera," some sad and staggering life lessons are given to people behind the comedy elements.

Directed by Recep Ayyılmaz, the work will be conducted by Zdravko Lazarov and Helena Bayo in turns, who was invited from Spain with the support of the Istanbul Cervantes Institute. The choirmaster is Paolo Villa.

The decor design was prepared by Efter Tunç. While the costume design is by Gizem Betil, the light designer is Yakup Çartık and Beyhan Murphy is the choreographer.