'Visions of the Holocaust' reimagined in Istanbul photo exhibit 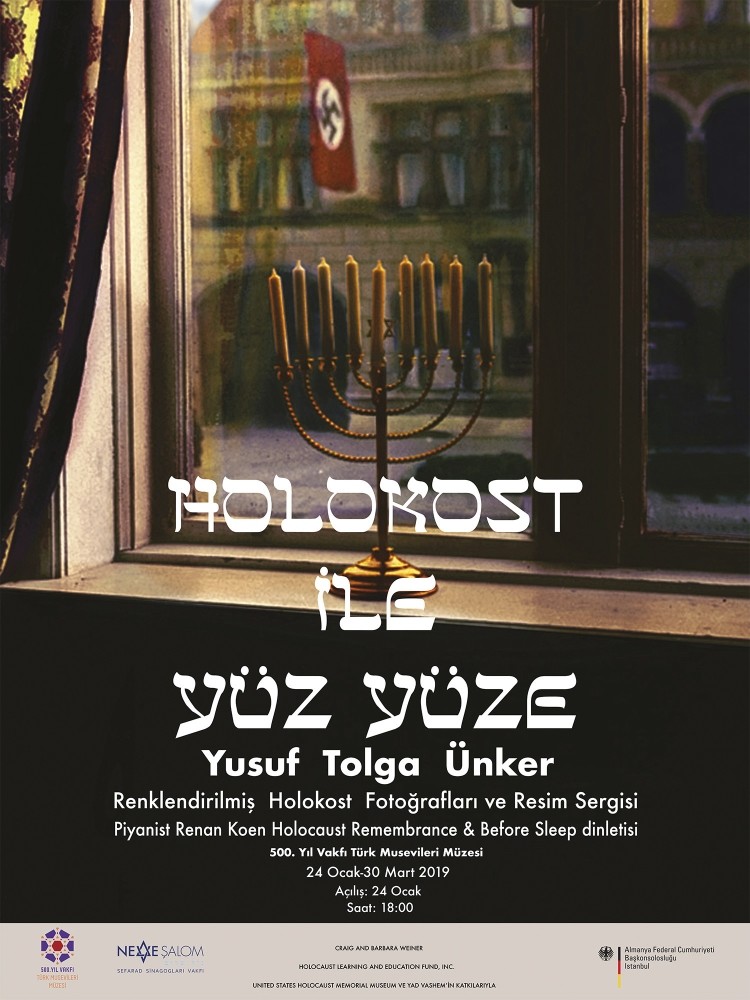 Yusuf Tolga Ünker's solo exhibition, "Holokost ile Yüz Yüze" ("Visions of the Holocaust,") will open at the Quincentennial Foundation Museum of Turkish Jews on Jan. 24. The exhibition features black-and-white photographs of the Holocaust, brought to life by Ünker through colorization.

The museum in a statement said the colorization of the photos was done with the permission of Yad Vashem, Israel's official memorial to the victims of the Holocaust, and New York's Museum of Jewish Heritage. The exhibition will be organized with the support of the German Consulate General in Istanbul.

Talking about his project, Ünker said: "The important point here is why the Holocaust should be looked at. It is a fact that people prefer to turn their faces by looking at photos with furtive glances and saying 'what a pity.' When these photographs are colorized, some are afraid because they show the pain and what humans did to humans. Therefore, people do not want to see it. That is exactly why I colored the photos. I actually paint them instead of coloring, because they are more current and present when they become colorful as if we all are experiencing this violence now."

"They seem cruel, menacing and fearful. The only thing I thought about doing the project was that this painful event should never be repeated. I just wanted to raise awareness and consciousness among new generations along with help everyone, including ones who know about the Holocaust and those who do not, to sympathize with these people who experienced this great pain. My aim is to present what is not wanted to be seen by people and to take the audience away from the safe area, bringing them to a place that terrorizes them," said Ünker.