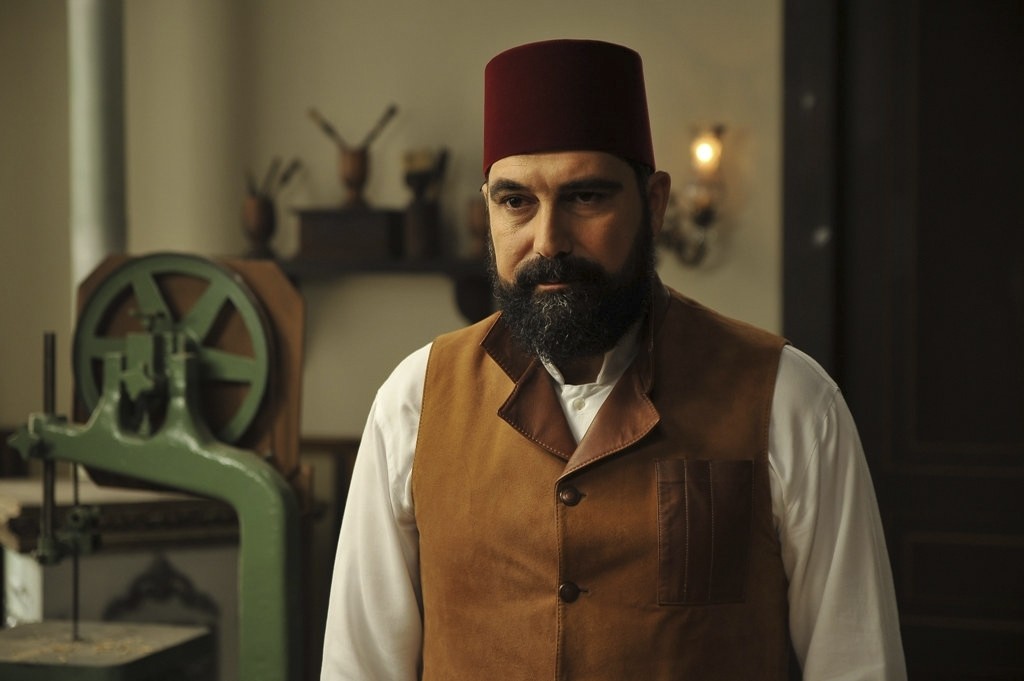 Broadcast on Turkish state channel TRT on Fridays, ‘Payitaht Abdülhamid' has a large audience both in Turkey and abroad, depicting the struggle and cause of Sultan Abdülhamid during the last years of the Ottoman Empire

The director of the series, Emre Konuk spoke to Anadolu Agency (AA) about the show.

Konuk noted that he was very pleased with the interest shown in the series abroad and said that they are working at a very busy pace and then watch the series on Friday. "We don't have much idea about what's going on in the world. We understand from the interest shown to our actors and actresses when they go abroad and the messages we receive that the series is not just loved on our land, but we created something that has spread to the world and is successful. We are naturally very proud," said Konuk.

He also noted that the shooting is very enjoyable as well and added, "'Payitaht Abdülhamid' is an important project for history. We are commemorating the life of a very important person. Sultan Abdülhamid was one of the most important sultans of the Ottoman Empire. His time was a very rough period. The end of the Ottoman Empire. He postponed the collapse of the Ottoman Empire for 30 years and maybe, built the foundation of today's Turkey. Therefore, it is a project I enjoy. While we do not learn history from such series, they increase attention for our reading history, so we can say that we have reached our goal."

'This is our second home'

Bülent İnal, the leading actor of the series who plays Sultan Abdülhamid noted that they visited a film festival in Qatar's capital Doha and received great reactions. "We were not aware that 'Payitaht Abdülhamid' was so eagerly watched in Doha. They have been translating and publishing it on the same day over YouTube or other social media. They welcomed us with great love. We get the same attention and love from other Arab countries over social media. The number of fans of Payitaht is increasing day by day," said İnal. He added that they continue their job with the same seriousness and the same love.

İnal noted that the series is going on at full speed and said, "It is pleasant. We are like a family now. This is our second home. We are here every day."

Bahadır Yenişehirlioğlu, who plays "Tahsin Pasha" in the series, noted that "Payitaht Abdülhamid" was not an ordinary series, and they are not doing something for popular culture.

He added that while they work hard, everyone from the actors and producers to anyone who contributed to the series is motivated that "Payitaht Abdülhamid" transcend the borders of Turkey and get great feedback from the world.

"We know that we are watched with great interest despite all the limitations, in all geographies the Grand Ottoman Empire has contacted. We are trying to create a consciousness. It is a very important series since it shows the global powers of the past and who the exploiters were, how they survived until today and that the philosophy still continues even though the states and individuals have changed. My claim as a writer is that it is not possible for a generation that does not know its history, is not aware of its history and one that has not internalized it, to create a future.

"Turkey has believed in a history that was imposed upon it. The Arab world tried to understand us through the history imposed by the British. But the contacts we have established in these geographies show that we are actually delivering our own history, people, culture, religion and history to these geographies. We are telling our real history to younger generations and that is what is important. We are telling what someone, who was defamed for years, was actually doing; what his ideas were along with how he was concerned with the whole of the Islamic geography; how he was alongside the oppressed and what kind of internal and external forces he had to deal with."

Yenişehirlioğlu also added that the series has a lot to do with today. "It may be perceived as if we are not doing a series about today's world. Yet this is not the case. What happened yesterday coincides with what happened today. We are expressing a historical consciousness. We are teaching our own history to our generation with high quality cinematography, script and shooting. Being a part of this and interpreting a character that is loved, trusted and can be leaned on is very pleasing for me as well," added Yenişehirlioğlu.

Yenişehirlioğlu noted that they will continue without any break in season three and that it looks like they will also be shooting a fourth season as well.

'It sheds light on the present'

Playing Egyptian Khedive Fuat, Hakan Yufkacıgil noted that the excitement increases a little more each week. "It is going pretty good for me as an actor. We are interacting with the audience. Their feedback is great. They support us greatly. I am playing a wicked character in the project and I'm researching about his past. This nation has had a very difficult time; they had to deal with traitors. While 'Payitaht' does not have such a mission, we are observing these from the outside. I believe we are shining a light on today. Our series is going very well. We take pleasure in working," said Yufkacıgil.

He also underlined the interest in the series abroad and added that they are seeing great support from abroad and that people are under the influence of the series.

"Payitaht Abdülhamid" is screened on Fridays on TRT 1.