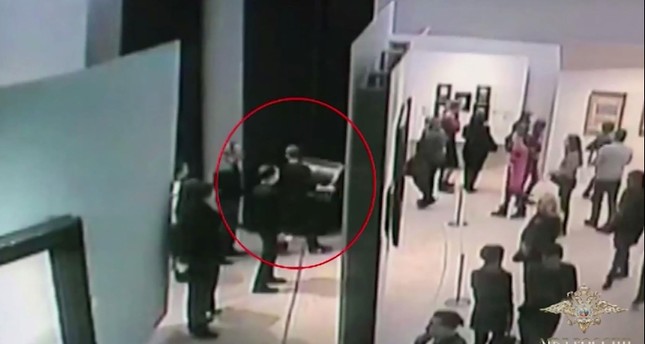 An image grab taken from a video footage released by the Russian Interior Ministry on January 28, 2018, shows a man, stealing a famous painting (AFP Photo)

Moscow police have recovered a landscape painting by Arkhip Kuindzhi which was stolen from the Tretyakov Gallery during an exhibition and have arrested a suspect, a Russian Interior Ministry spokesperson said Monday.

The male suspect had hidden the artwork on a building site near Moscow. It had been wrapped in a jacket and an initial inspection said the painting had not been damaged, spokesperson Irina Volk said. 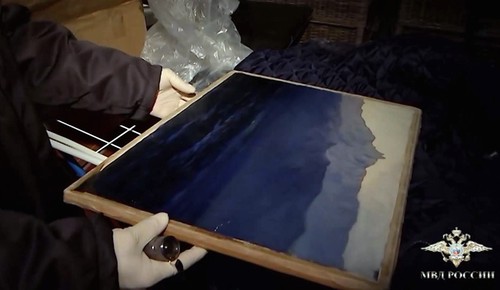 The gallery added that its security measures have been strengthened following the incident.

The Interior Ministry said that security officers in charge of video monitoring saw an unidentified person remove the painting from the wall and flee the scene.

The painting was on loan from the Russian State Museum in St. Petersburg. The Moscow exhibition was scheduled to run until Feb. 17.

Kuindzhi was a Russian landscape painter of Greek descent born in the now Ukrainian city of Mariupol.

The theft comes after a famous 19th-century painting depicting Ivan the Terrible killing his son was vandalized at the Tretyakov Gallery in May.

The gallery is currently hosting an exhibition with more than 120 Kuindzhi paintings that will run until February 17.

On its website, the gallery calls Arkhip Kuindzhi, who died in 1910, "one of the most memorable figures in Russian painting of the second half of the 19th century."