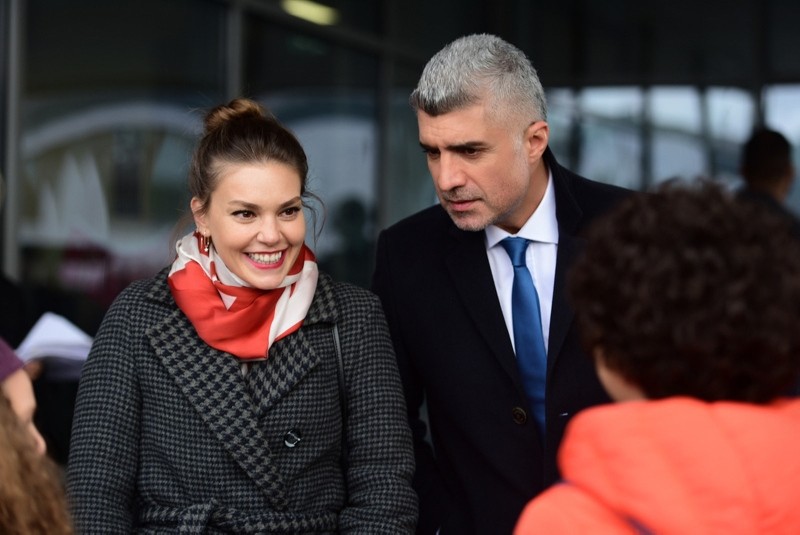 In a piece titled "Turks are back, they've got all of Israel addicted," the Haaretz said interest around the TV show reached an all-time high level of "hysteria."

Starring Özcan Deniz and Aslı Enver, Evermore tells the story of Süreyya, a young woman who grew up as an orphan and marries rich businessman Faruk, moving into live with his family in Bursa. The show is broadcast by Star TV in Turkey.

According to the piece, the show's male lead Faruk Boran, who is played by Deniz, has become the new sensation in Israel, with fans traveling to Turkey to take a selfie with the star and flocking to fan pages on social media pages to declare their love for him.

The fans also shared pictures of cakes baked in the shape of Boran's image or mugs with Boran's faces printed on them, while others discussed various clothes adorned by the stars of the show, the paper said.

Aired on the Viva Channel in the country, the show also became a hit with Israeli media as well.

Several news channels ran reports on the popularity of the show and an Israeli comedy show ran a parody of the drama.

Calling the show a "mega soap opera" instead of a telenovela, the paper described it as "Dallas' meets 'The Bold & The Beautiful."

The paper noted that the reason behind the popularity of the show was due to similarities between Turkish and Israeli audiences and how it "echoes many moments, customs and characteristics of modern Israeli society."