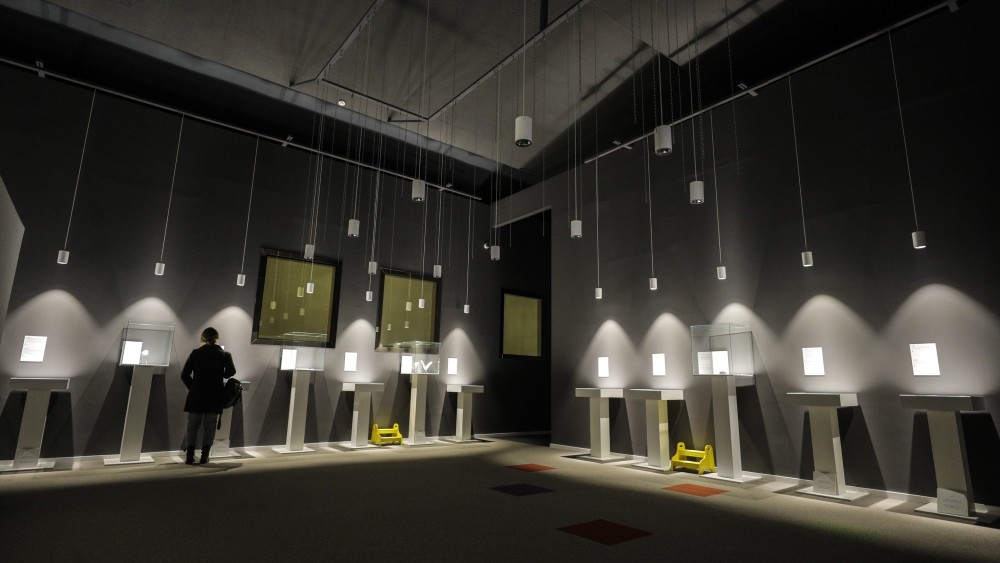 In cooperation with a refugee center in Lebanon, the Bosnian museum collected the belongings of 100 Syrian children and exhibits 36 of them.
by Anadolu Agency Feb 06, 2019 12:06 am

Some painful memories of the war for the Syrian children, who reside at a refugee center in Lebanon, are the subject of a new exhibition at the War Childhood Museum in Sarajevo, Bosnia-Herzegovina.

The exhibition showcases the personal belongings of these children, giving the people of Sarajevo an opportunity to learn about their stories. The theme of the exhibition is "everyone has a right to success."

The curator of the museum Amina Kravavac talked about the exhibition with Anadolu Agency (AA). She said the museum focuses on the memories of children, who experienced war and its journey started with collecting the belongings of children during the Bosnian War (1992-1995).

"We want to tell the stories of children who grow up in the middle of a war," Kravavac said, pointing out that thousands of families had to abandon their home due to the war in Syria. "The U.N. reports show that tens of thousands of children were negatively affected by the war." 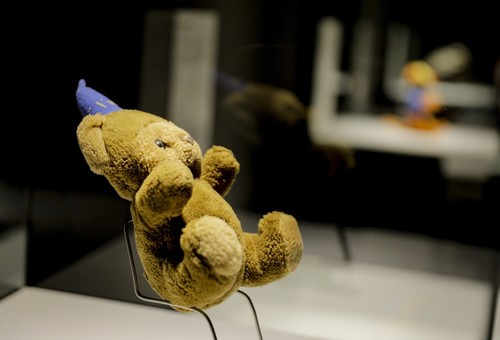 Personal belongings of Syrian children are exhibited at the War Childhood Museum.

She said the museum tells the stories of children who had to fight. "We expanded our scope after completing our first year. In addition to Syrian children, we conduct research also on the children in Ukraine. We also collect the stories of Afghan and Palestinian children residing in Serbia," she added.

Krvavac underlined that the stories of war children must be told more. "The lives of children who live in peace and who live under war are quite different. They have different memories experienced in the same period of time. Children who faced war generally hope to go to school or doing exercise. Sometimes, we forget about them." She added that each and every story at the museum is precious and said: "Wars force children to be very strong and tough. Ordinary people are quite surprised seeing how they could keep step with daily life under war conditions."

Syrian children's personal belongings and painful memories that are being exhibited at the museum was collected by Jasminko Halilovic, who himself grew up during the Bosnian War. The articles take visitors on an emotional journey.

Speaking of her pink sweater that she gave to the museum, Sheyma from Syria said, "I wore it during the winter. It was a present from my aunt on my last birthday before the war. I love my sweater so much as it is the only memory I have from Syria. We had a beautiful life there. I miss many things in my life in Syria here in Lebanon. Here, most of our clothes are either from junk market or donation. Charities sometimes bring toys, however, most of the time they give food and clothes."

Another Syrian child, Marwa tells the story of her kite. "I wanted to take most of my toys while abandoning Syria, however, my bag was not enough for that. My biggest regret is about the wristlet, which was a gift from my friend Isra. I feel like 'the other' in Lebanon. Mrs. Ghiwa taught us making shapes from colorful papers. To create something starting from scratch made me so happy. That was how I made my kite. I kept it in a file so that it would not go bad."

Also, the article titled "My life at refugee camp" by Syrian Bayan affects visitors so much.

It reads: "I started school at the camp in Lebanon. I was ten. I couldn't go to school in Syrian due to the war. I got very embarrassed about being educated with children who are younger than me and I left the school. Now, I'm 14 and I want to go to school." The week-long exhibition presents Syrian children's' personal belongings, including toys, dolls, prayer beads, necklaces and mussel shells.