State Opera and Ballet's 'Troy' to be performed at Bolshoi 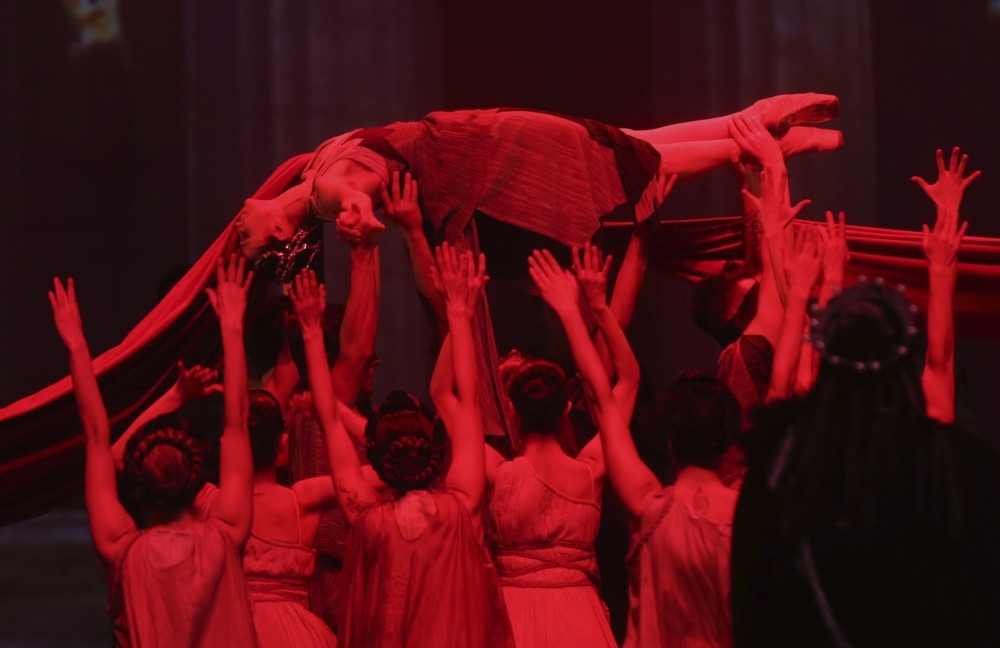 "Troy" has become one of Turkish State Opera and Ballet's (DOB) most-loved shows since it was first performed last year. The show will now go abroad to Moscow's Bolshoi Theatre and Berlin.

The show, a combination of opera and ballet, will open the 2019 Turkey-Russia Culture and Tourism Year at the Bolshoi Theater on April 8.

The "Troy" opera-ballet is directed by world-famous tenor and DOB General Manager Murat Karahan. Speaking to Anadolu Agency (AA) the orchestra rehearsals he said that it was one of the most exciting works of the season for DOB.

He added that the huge performance, which involves some 300 performers, was first in Turkey's history. "The performance was monumental. The first three shows, held in a 3,000-seat hall, were sold out."

Karahan said that they were pleased and took found a lot of encouragement in the interest shown by the spectators.

First Turkish opera to be staged on Bolshoi

The DOB general manager said they have received a number of invitations to stage "Troy" abroad. "We will evaluate them within the context of our schedule," he said.

"What makes this performance more important is that Turkish President Recep Tayyip Erdoğan and Russian President Vladimir Putin will probably attend the opening ceremony. We are so excited and we are working very hard for the Bolshoi performance," he said.

'Troy' to salute Berlin in April

Karahan said it was great that DOB productions were being supported by the Culture and Tourism Minister Mehmet Nuri Ersoy. "With the support of our minister, we will stage 'Troy' in Berlin at the end of April," he said.

"As art is the soft power for countries, it is quite valuable to stage Turkish works all around the world. We adopted the legends and stories of our lands with our own melodies in a polyphonic style. 'Troy' is one of the very first examples of this. It is second to none in the world as the play offers equal roles both to opera and ballet. It is so meaningful for us to create such a performance as first of its kind. We succeeded with our own means. It is important to present Turkey to the world in such a way."

Istanbul to meet 'Troy' this summer

Because of its huge popularity, DOB will try to stage Troy once a month. "We will attend Istanbul Opera Festival with Troy this year. This summer, Istanbulites will be able to enjoy 'Troy.' We will stage two performances," Karahan said.