Yunus Emre Oratorio combined with ballet for the first time 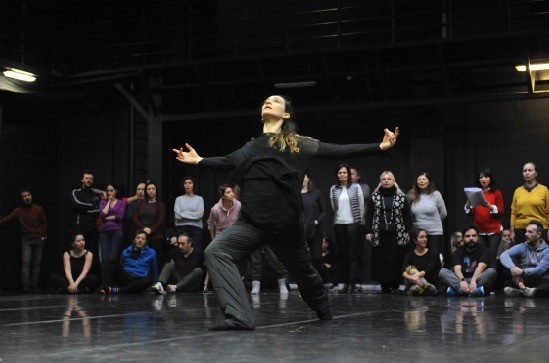 The Istanbul State Opera and Ballet is set to offer Ahmed Adnan Saygun's glorious work "Yunus Emre Oratorio" to audiences on Feb. 23 with choreography and direction by Uğur Seyrek.

In 1943 Saygun completed his oratorio, using poems written by renowned bard and philosopher Yunus Emre who lived in the 13th century. He describes this work, which he composed in four and a half months, as his biggest art experience. It is the first oratorio composed by a Turkish composer and was performed in the capital Ankara on May 25, 1946, for the first time.

It carried Saygun to international levels in a short period of time. It swept the stage in many cities, such as Paris, New York, Budapest, Vienna, Bremen, Berlin, Moscow and the Vatican. After 55 years, it met with audiences again in New York and Washington in 2012.

The Yunus Emre Oratorio will be combined with ballet for the first time with Uğur Seyrek's interpretation. In this sense, it is a world premiere. Art lovers in Istanbul will watch dancers, a choir and soloists of the Istanbul State Opera and Ballet together on the stage this time. The libretto of the work was written by Uğur Seyrek and Işık Noyan.