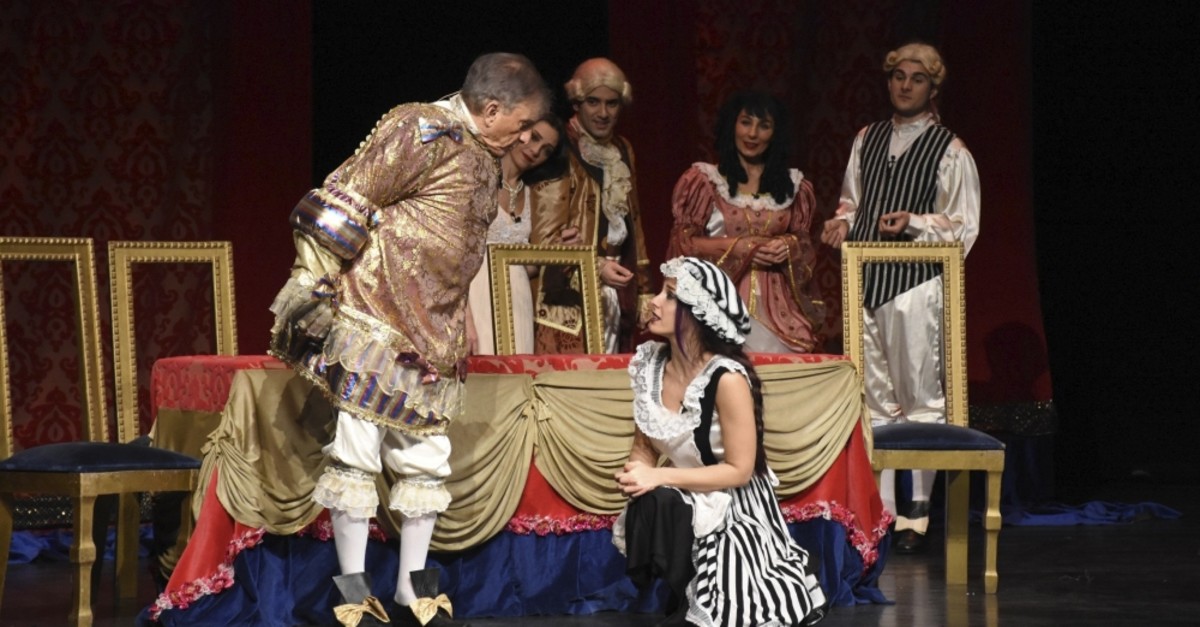 Moliere's "The Bourgeois Gentleman," also known as as "The Middle-Class Aristocrat" or "The Would-Be Noble" in English, is a literary masterpiece that demonstrates his writing style, which is heavily influenced by commedia dell'arte, an early form of professional theater, originating in Italy. Intrigued by writing about the flaws of humanity, he always offered an interpretation of social satire to his readers.

"The Bourgeois Gentleman" has been performed by different actors in various places in the world to date. In Turkey, the master's work has been adapted by experienced actor and director Hakan Altıner from Kedi Performing Arts, starring veteran actor Haldun Dormen and actress Göksel Kortay in the leading roles.

I had a chance to see the play at the Akıngüç Auditorium in Istanbul. In the play, Dormen gave a great performance, despite his advanced age, in the role of ignorant, rich Monsieur Jourdain, who really wants to be noble. The veteran actor was still performing with excitement on the first day. While he was impressively presenting Jourdain on stage, director Altıner was helping to reveal his foolishness by mocking him in the role of hypocrite Count Dorante. However, Monsieur's wife Madame Jourdain, played by Göksel Kortay, was trying to save her husband from the surrounding insanity. I should also admit that the play was colored by the performance of other young actors and actresses, including Damla Cercisoğlu in the role of the servant Nicole and Burcu Akyürek in the role of Monsieur's daughter Lucile.

Due to Moliere's subtle mind and wit, the play was full of jokes that humiliate the Monsieur. As you can guess, he was too busy with many things, such as seducing Marquise Dorimene and marrying her daughter off to a nobleman, to recognize them. However, Monsieur Jourdain could neither tempt the Marquise nor marry her daughter off to a noble. All he could do was to let the Count take and spend his money in the end. While her daughter married the man she loves through a trick, the Monsieur thinks that he received the fake title of Mamamushi from an Ottoman Sultan, and the Count was the one who seduced the Marquise in the end.

I found the play very entertaining, and it was a success thanks to the performances of the actors. When I left the hall, I had a huge smile on my face but was also affected by the play's lesson. The whole hall gave a standing ovation to the actors at the end. I highly recommend you read the five-act play and also see one of its adaptations on stage.