Poetry Slam Istanbul looks to bring poetry back on stage 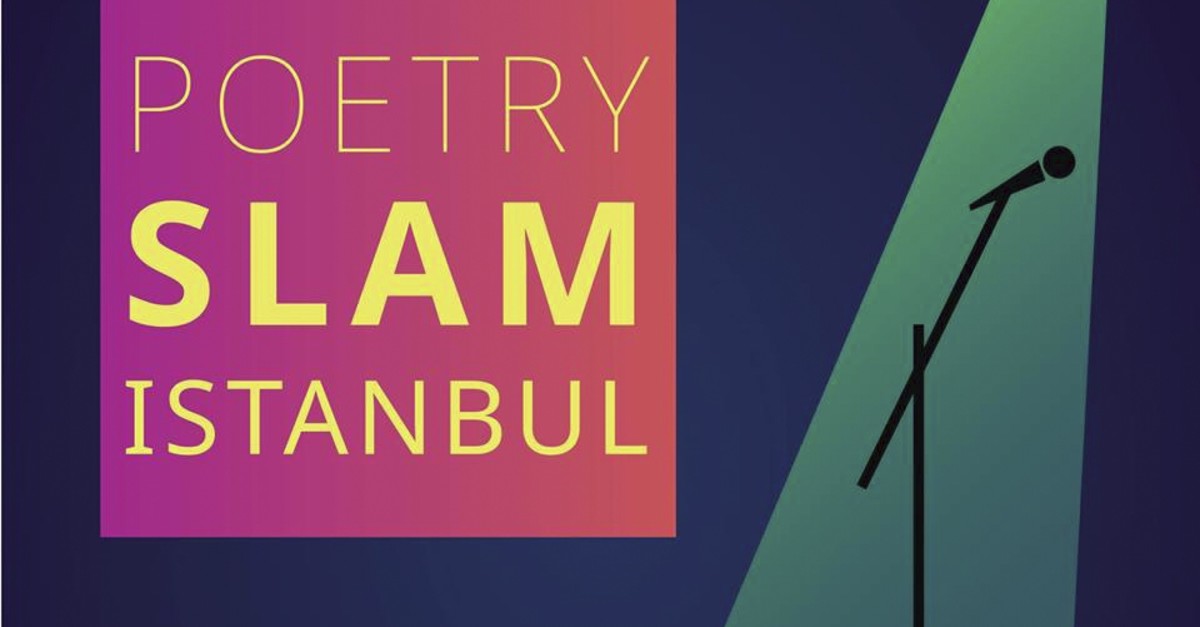 Born in the U.S., the concept of Poetry Slam has spread across the world. Now Istanbul will host an event that will be held at Kaset in Kadıköy on Sunday, March 17

Three years ago I walked in to an old, dim bar in Chicago called the Green Mill on a Sunday night. I had been going there for live jazz quite often, but I had never been to one of their "Poetry Slam" events. I had been interested in poetry, but I had no clue what "slam" was. A jazz quartet was playing on the stage while the host of the show was introducing what was going to happen. He yelled, "This is the original slam, and I am the one who started it! My name is Marc Smith-" the whole bar suddenly yelled back in unison: "-SO WHAT!?"

I was expecting some mellow jazz and poets to read a couple pieces on the stage, and an audience of mostly romantic dates interested in literature. However, the audience was eager and encouraged to participate and heckle. There were many regulars in the event. The whole atmosphere had an attitude, but it was not monotonous or serious. It had already broken my expectations of what a night of poetry was going to be like.

In the next three hours various poets carried out intense performances about a diverse range of topics. In the last set, there was a poetry competition. All poets performed and they were be judged by random members of the audience with scores from 1 to 10, written on napkins. Overall it was entertaining, emotional, strong, thoughtful and honest. When I was going back home, I thought it had been a really long time since I had engaged this close and actively with poetry.

After that night, by spending two years as a regular in Chicago's Poetry Slam scene I learnt a bit about history of Slam Poetry from first hand, from its creator, Marc Smith. Poetry Slam is usually mistaken to be a competition, but it is actually just a performance of poetry, and the show is organized around it. Poetry has always been performed. Greek tragedies, Shakespeare's plays, Ashiks having verbal duels in public places, these are all performed poetry. This contemporary form called slam, which is now spreading all across the world, has started with Marc Smith's show at Get Me High Jazz Club in Wicker Park Chicago in 1984, with an intention of changing the way poetry is shared. Instead of a regular reading where a poet on stage sits and reads their poems from a book, poems were performed. There still are poets climbing on tables, coming through the audience, screaming, whispering, even doing yoga on stage while reading. This brought entertainment into poetry, but was not enough. The first rule of slam was that no poem could go over three minutes. This kept the audience engaged.

And then, the slam competitions started. Organizers started to choose random judges from the audience who would rate the poems by writing scores on napkins from 1 to 10. The winners would get $10, which was mostly a joke. As Slam attracted a large audience, it moved to the Jazz club called the Green Mill at Uptown Chicago, it grew, the competition got more serious. PSI, (Poetry Slam Inc.) was founded in 1999, and later they started organizing national championships in the USA, and they regulating rules. What was once a silly bar game to share poetry, became a serious institutionalized competition category. This pushed the poets to perform better, but also changed the context of slam to a more formal genre.

Honesty and quality on stage has not only been encouraged, but also enforced by the audience since the beginning of the slam. If the people in the audience like a poem they cheer madly. If they get bored though, they won't be silent either. If they think it is too long, they will start snapping their fingers. If it is really bad, they will stomp their feet. If a poet gets sexist, racist or homophobic they will hiss at them. In different slams today, snapping fingers is often used instead of applauding as a positive reaction. This gesture does not disturb the poet or prevent others listening.

Another major factor that has been effective constructing the Slam's identity is ensemble work. Two or more poets on stage have different capabilities. Using timing techniques such as clapping, echoing, and unisons or creating dynamic stage compositions with their bodies, ensemble work gives the poets more choices. This idea led to the foundation of Chicago Speakeasy Ensemble. This ensemble later worked with poets from Europe to create international, bilingual shows playing an important role on spreading the Slam throughout the world, especially in Europe.

Slam grew outside the USA, and still is spreading. There are slams in France, Germany, Singapore, Madagascar, and one is about to finally start in Istanbul. Everywhere there are different rules and traditions but the core values are the same. Poetry is to be performed, audience is to be a part of it, and it has to be an accessible part of our daily lives. European Championship of Poetry Slam takes place in a different country every year to celebrate Slam Poetry and to bring together Slam Poets from all over Europe.

Ensemble work was merged with bilingual poetry performances and got transformed into an important project for Poetry Slam called "One Poetic Voice". Chicago's Speakeasy Ensemble has been working with poets from different countries to create interlaced multilingual shows that aim to overcome language barriers. This allows the audience to grasp the aesthetic qualities of a language that they don't necessarily speak, and also get some of it translated for them at the same time so they can have an understanding of words. During the last European Championship of Poetry Slam that took place in Budapest in November and December 2018, "One Poetic Voice" project performed a show called "Bridging the Barriers," which brought together Hungarian, Serbian, Czech, Macedonian, French, Slovakian and Ukrainian poets with Chicago Speakeasy Ensemble, where all the poems were read both in the language they were written and in English.

I am a strong believer of the agency of poetry, but in order to activate it our encounter needs to be striking. Performance is a key element to transform our experience from passive to active, helping us to feel and grasp important subtleties. It is one less layer between the poet and the audience compared to a book.

If you are interested in listening to the English-speaking multicultural poets of Istanbul, either as a performer or an audience member, you should definitely check out the first Poetry Slam event that will be held in Kaset Kadıköy on March 17 at 7:00 p.m.