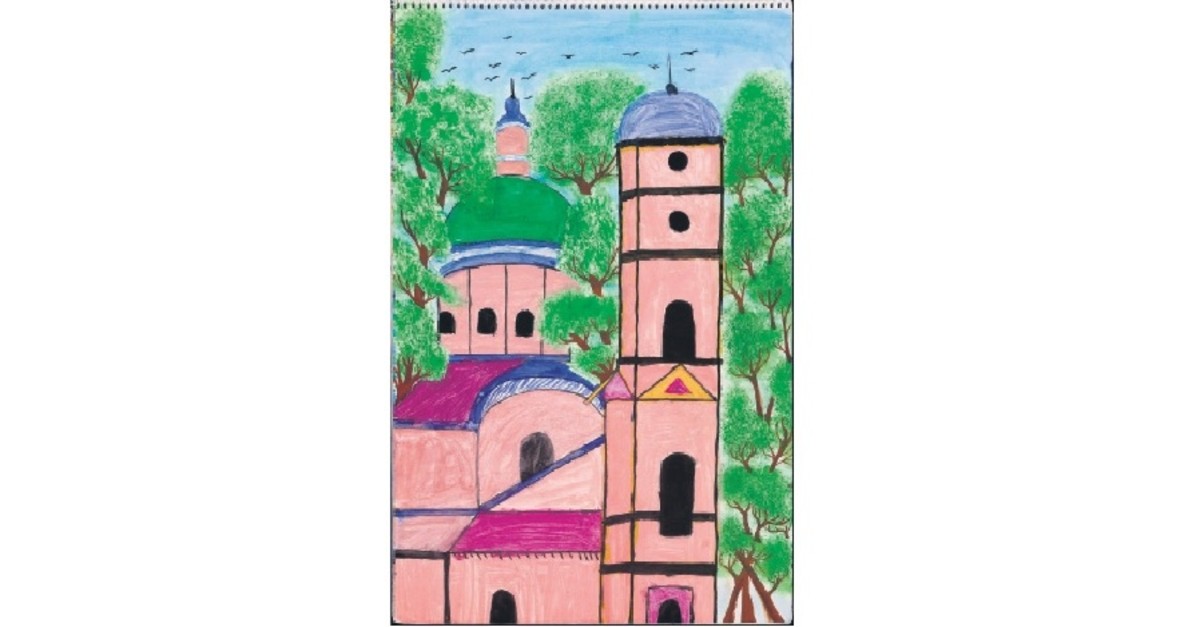 Organized by the Istanbul Metropolitan Municipality Department of Cultural Affairs, the exhibition titled "Hamudi, Suriye'yi Umuduyla Aydınlatacak" ("Hamudi will shine upon Syria with his hope"), opened to visitors at Ali Emiri Cultural Center in the district of Fatih in Istanbul, on Wednesday. The exhibition displays 25 pieces by Muhammad Hamudi, a 15 year-old Syrian artist who battles with disabilities.

Hearing and speech impaired Hamudi escaped from attacks by the Bashar Assad Regime in Khan Shaykhun and has expressed himself through his painting from the very first years of the civil war. Due to financial constraints, he doesn't have painting equipment. He draws in a notebook if he can get one or on the walls and ceiling, painting them with whatever he can find.

With his five impaired siblings and mother, Hamudi lives at one of the 20 houses offered to impaired families at the orphans' camp of the İHH Humanitarian Relief Foundation in Idlib.

Hamudi's father abandoned his family 10 years before the war broke out. While the family struggled to sustain themselves, the war broke out. Besam, the older brother of Hamudi, was the only healthy member of the family until he was caught in the middle of a gunfight between two groups while he was on the way to get bread for his family. Besem was taken to hospital unconscious and Hamudi couldn't express himself due to his handicap. He took a paper and pen and drew something to try to reach his uncle. The officials found his uncle, thanks Besem's painting, and the family came together again but Besam lost the use of his legs due to the injuries he sustained. Hamudi found his family thanks to his painting and from that day on he reflects his feelings through painting.

Inspires hope through his work

Instead of portraying a war-torn Syria, Hamudi shows a different country, with colorful plains and mountains in his paintings. His colors instill hope in his viewers.

The exhibition is running at Fatih Ali Emiri Cultural Center until Apr. 5.