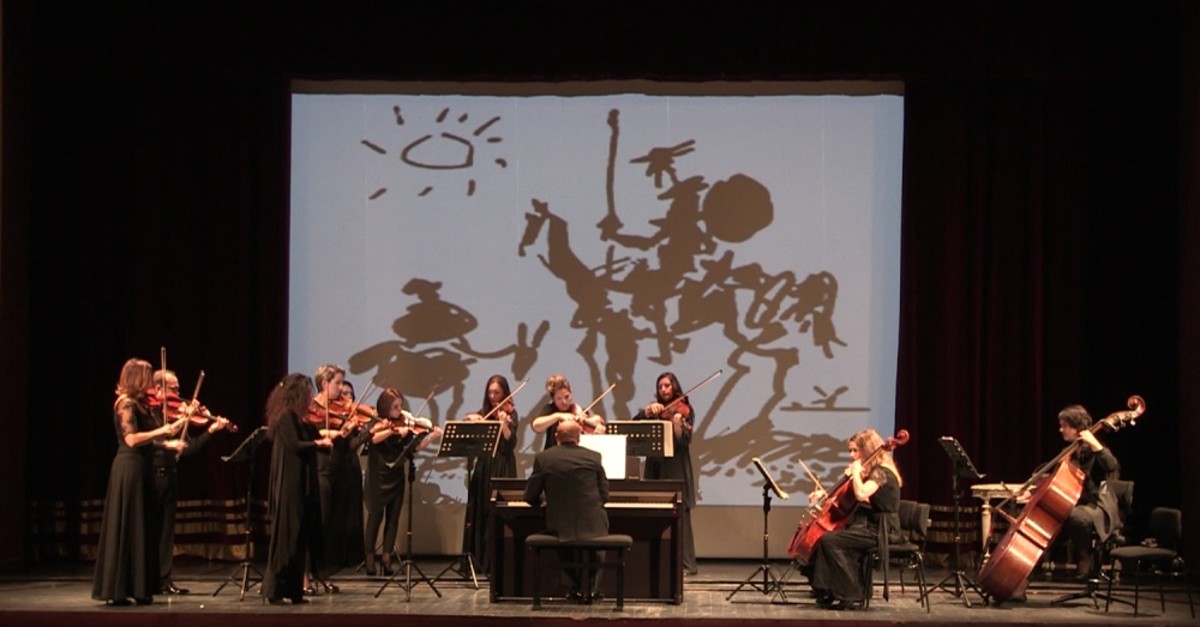 Works inspired by Don Quixote will salute spectators at the ,Cervantes Variations, event.
by daily sabah Apr 03, 2019 2:17 am

Istanbul State Opera and Ballet will stage "Cervantes Variations" at the Süreyya Opera House on April 5. Written by Spanish writer Miguel de Cervantes in the early 1600s and the most read classical piece of Western literature, Don Quixote inspired hundreds of writers, poets and musicians.

With "Cervantes Variations," works inspired by Don Quixote will salute the spectator.

German composer Georg Philipp Telemann's "Burlesque de Quixotte" ("Don Quixote Suite"), which was inspired by Don Quixote and composed for strings, will be performed by the Istanbul State Opera and Ballet in association with Camerata Barok Istanbul. Other pieces include: "Don Quichotte a Dulcinee" ("From don Quixote to Dulcinea"), which was composed by Maurice Ravel for the novel; "Chansons de Don Quichotte" ("Songs of Don Quixote"), composed by French composer Jacques Ilbert in 1931 for the film adaptation of the novel; "La Tristesse De Dulcinea" from the Don Quixote opera that was composed by Jules Massenet - one of the prominent composers of the Romantic period; and "The Impossible Dream," one of the most popular pieces of Broadway Musical "Man of La Mancha," which will be performed by soloist Kevork Tavityan, who will be accompanied by pianist Hüseyin Kaya.

Composed by Ludwig Minkus, a section from the "Don Quixote" ballet will be also performed alternately by Berfu Elmas, Batur Büklü, Büşra Ay and Erhan Güzel. Adapted to the stage by Ayşem Sunal Savaşkurt, the sections' choreography was conducted by Marius Petipa.

The program, of which the stage arrangement was done by Doğan Çelik and lighting design by Taner Aydın, will present Suat Arıkan, art director and soloist of the Istanbul State Opera and Ballet, as the narrator.