From a beginner's mind: An exploration of Mamut Art Project 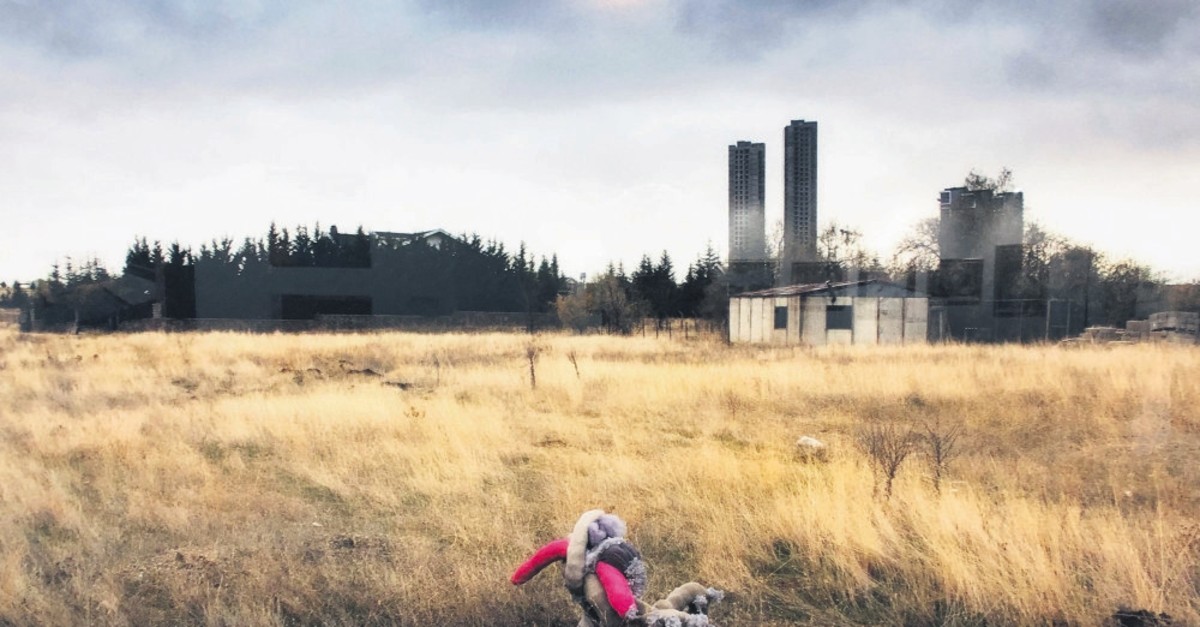 The concrete floor of the warehouse is cold. Early spring breezes through the openings at its entrance and garden exit. Temporary roofing creaks like inflated plastic. There are names on the walls. Along its halls, there are frames. Objects stand, hang, drape and lean. Against the stark emptiness of the space itself, visions leap from paper, canvas, metal, wood, and fiber. Ranges of color are encapsulated in squares and rectangles. Spectrums press the envelopes of geometric shape. Textures familiar and strange mark oblong forms with alien dimensions.

Interpretive maps are marked at both ends. They diagram a chart that resembles a maze out of a laboratory experiment. Each visual artist is numbered. Certain themes are curated to align common points of reference, some to provide the graphic equivalent of counterpoint. Palettes are coded, mediums placed in continuity. Styles and techniques correlate works curated in latticed rows, intercalated columns, and varieties of dynamic fields for the eye to compare and contrast, dilate and define.

Most artworks are illustrative, figurative, and representational. Such is characteristic of initial ventures on the path to finding a voice in an art world ruled by contemporary notions of the unprecedented concept. In response to late capitalist production, the artist serves a crucial role to check the balance of invention and artifice, between the original and its copies. As a fair like Mamut Art Project conveys, diverging from the primacy of conceptualism, the beginning foundations of art remain integral, not only for pedagogy, but for exhibition and sale.

To unlearn in the age of information

Nature and industry are presented as opposites in the mind of human civilization. Yet, at a deeper psychological level, they rise from one source, and are, to a degree, codependent principles. The painter Mehmet Resul Kaçar conducts a dialogue between the past and present. His work comments on cultural manufacture as a major advertising prompt that disguises and reintroduces historical anachronisms like slavery into the wage economy. It is a welcome reflection for the youngest generation of workers, artists among them, to reconsider the effects of freelance and speculative opportunity as self-imposed exploitation.

Kaçar animates his research paradigm with gruesome scenes of medieval battle, backgrounded by a warm beige hue reminiscent of dry grasslands and straw bale. In two of his largest works, human beings are besieged by ravenous dogs when not sparring and jousting in full armor. He is a stylist of cracked paint. There are spinning whorls and dashes of action that provide moti

on to his otherwise still landscapes. The relationship between people and animals is examined with a sense of humor by Çağan T. Okuyan, who pictured an "immigrant story told through kebab and döner".

Plants, like people, require water, air and sunlight. Every individual has roots, by that meaning a connection to place. For some whose lives are broadly dispersed across the face of the planet, ecological identity is as confounding as navigating body positive self-consciousness. "Kebab Project" by Okuyan was equally an act of respect for his grandfather, Fuat, who was a lifelong cook. Traversing the regions of Adapazarı, Adana, Mardin and Gaziantep, he then retraced his migrant heritage from Paris to Berlin.

Okuyan used video, audio, collage, linocut, analog photography, super 8mm film, tiles, and ceramics to retrace the steps of his family history through playful adaptations of moments from everyday life in Turkey. In one photograph, a young woman is dressed in true hipster fashion with a nylon windbreaker over a hoodie, strapped with a pink fanny pack. She wields a long döner knife, ready to slice and dice. The older man behind her laughs.

Reclaiming style from the mundane drudgery of greasy spoon stands is one way to assert a brand of boundless, youthful confidence that becomes meaningful when addressing multigenerational displacement, and the enduring effects of immigration. The new media artist Hasan Mert Öz tackled related considerations with his stills and video, "Son of Noah". In the post-apocalyptic desert of his conception, a lone man is barefoot on the sunbaked sand. He is lost in a virtual reality headset, maddened by a private world hidden from all but the technological solipsism of his metaphysical experience.

The naturalist after climate change

The multidisciplinary sculptor Delal Şeker resurrected the houbara, a large bird hunted to extinction in Turkey. It moved slowly in open country, making it an easy target. Its spindly, awkward legs protrude like an insect in the hands of Şeker, its bulbous torso has the contours of an exoskeleton. She draws out the likeness of the destroyed creature, as to demonstrate an alternative to its vanishing by reinserting its figure into contemporary life.

Her sculptures, both when photographed in starkly distinct, remote landscapes and on the exhibition floor, speak to the grave lack of popular awareness about species extinction. In an especially dramatic photograph, one of her sculptures is in a field like that which the houbara may have pecked, only there are concrete shells of high rises on the horizon. With the sentiments of a technological futurist, she seeks to return life to abused environments.

Şeker exposes and redirects anthropocentric perspectives, deconstructing the manipulative pretense of empty human creation as the cause of irreversible death in nature. With photographic surrealism, "Moving Portraits" by the artist Barbaros Kayan also takes an advocacy stance, only in response to war. His works are riveting, as they replace the body of human subjects with the material of cities demolished by military might. He exercised an expert, steady focus, as his anonymous portraits are outlined with seamless, razor-sharp integration.

A short figure stands in front of a circus tent printed with Italian words. His shadow is cast in the morning sun over rocky dirt. The outline of his body appears slightly raised from his surroundings by a virtual edge. Instead of picturing an impression of his clothing and face, chalky white stone and munition shells are held within his unearthly frame. Kayan is viscerally talented with color. One of his pieces shows a portrait foregrounding a refugee tent city, as the blurred bodily frame holds an image of a blasted wall, a traumatic memory of armed conflict.

Kayan sought to tell the story of what Syrian refugees found when they returned home after living in exile. He traveled between Turkey and Syria from 2016 to 2018, gleaning material from the city of Ayn al-Arab in the Aleppo region. Another artist of the social realist persuasion is Ekin Çekiç, whose series of photographs about horse racing are devastatingly poignant, and also convey the beautiful musculature of physical power and the unsightly horrors of its misuse. In one piece, a black stallion is tied up from tail to head, and struggles to rise, and to fall. Again, young contemporary artists are moved, like fellow environmentalist youth, to take a moral stand in society, as to reconnect with the animal kingdom. And looking within, the artist has autobiographical content aplenty in the human body and its discontents. In some ways, modern urbanization, with its overburdened densities of concrete jungle, has centered the body under the light of physiological reflection as the primary, and in extreme circumstances exclusive method through which to engage with the natural world.

The ironical paradox of harmonizing with the world through narcissistic convenience is a condition well expressed in a series of dystopian paintings by REI, titled, "I had great fun. Thanks and bye". After studying the patient narratives compiled by psychiatrist Irvin D. Yalom, the surrealistic artwork that resulted is fantastic in the oldest sense of the word. REI took special interest in the case of a 70-year-old obsessive named Thelma, whose life was eccentric enough to justify titling her story, "Love's Executioner".

She spills her morning coffee over her face, as it drips down her cheek. Her fork is a hand digging its fingernails into the kitchen table. Her chest and arms are cut with self-inflicted signs of unrequited love. Her nose and eyes are red after a night of crying fits. Beside her sits a cartoonish stick figure holding a lit cigarette. Household wares are out of proportion. She is in a nightmarish wonderland of the raw, leftover morning.

With like-minded, macabre affinities, the sculptor Özüm Koşar mirrored profane geometry for the installation, "Fragmented Body". Excavating the oft-quoted analyses of Lacan and Freud, the anatomical works escape and return from a psychic, ethereal plane unknown. They are petrified, undressed, halved and piecemeal. The processes of decomposition and birth are indistinguishable, reflecting the parallel disappearance and emergence of new art.