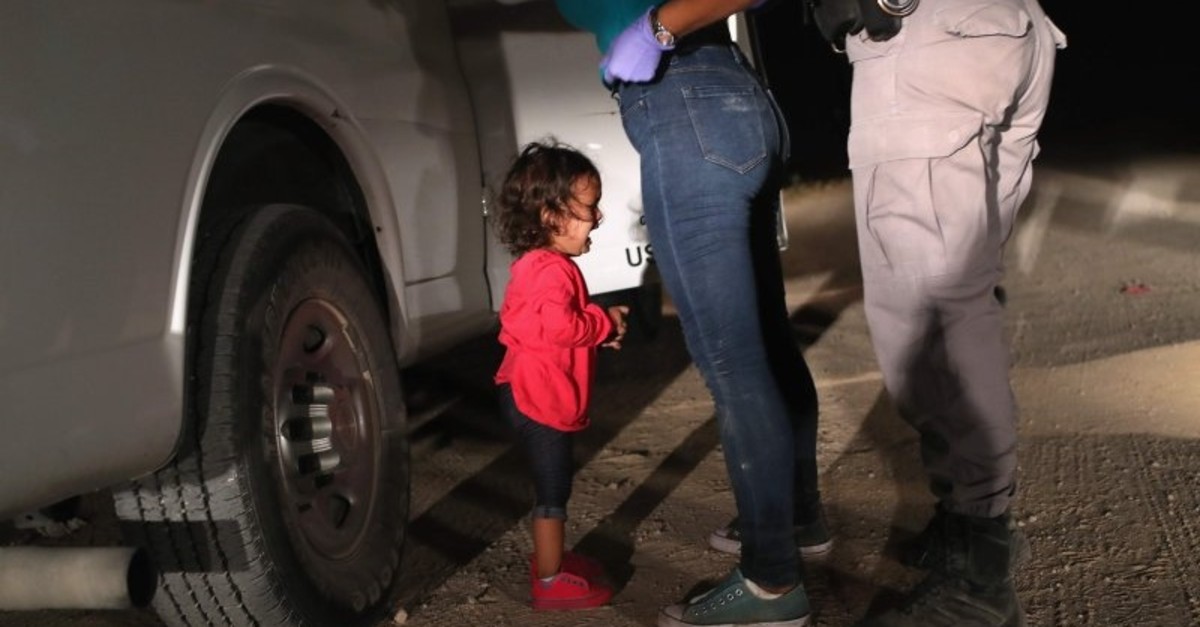 The haunting image of a little girl crying helplessly as she and her mother are taken into custody by U.S. border officials Thursday won the prestigious World Press Photo Award.

The picture of the wailing toddler was published worldwide and caused a public outcry about Washington's controversial policy to separate thousands of migrants and their children.

U.S. Customs and Border Protection officials later said Yanela and her mom were not among those separated, but the public furore "resulted in President Donald Trump reversing the policy in June last year," the judges said.

'Fear on their faces'

Moore was taking pictures of U.S. Border Patrol agents on a moonless night in the Rio Grande Valley on June 12 last year when they came across a group of people who tried to cross the border.

"I could see the fear on their faces, in their eyes," Moore told the U.S.-based National Public Radio broadcaster in an interview shortly afterwards.

As officials took their names, Moore said he spotted Sandra Sanchez and her toddler who started wailing when her mom put her down to be searched.

"I took a knee and had very few frames of that moment before it was over," said Moore, who had been covering the U.S.-Mexico border for a decade.

At the awards ceremony in Amsterdam, Moore told AFP: "I wanted to tell a different story."

"For me it was a chance to show a view of humanity that is often only related in statistics," the 51-year-old photographer said.

"I think an issue like this, immigration issues, resonates not just in the United States, but around the world," Moore also told several hundred guests at the awards.

The sensitive issue of immigration was further highlighted at Thursday's awards.

Judges chose Dutch-Swedish photographer Pieter Ten Hoopen's images of the 2018 mass-migrant caravan to the U.S. border as its winner in the "World Press Photo Story of the Year Award".

Ten Hoopen's pictures, which show families and children as they made their way from Honduras in mid-October to the U.S. border "showed a high sense of dignity," one of the judges said.

Ten Hoopen thanked the migrant families, saying without them his award would not have been possible.

Trump said Tuesday he won't resume separating children of undocumented migrants, but insisted that the policy did prevent people from illegal border crossings like a trip to "Disneyland".

His words came after he announced the departure Sunday of the official in charge of fighting illegal immigration -- Homeland Security Secretary Kirstjen Nielsen.

According to U.S. media reports, Trump's reshuffle could herald even harsher measures on the southern border.

Based in Kinshasa, Wessels' series of pictures of last year's Congolese elections took second prize in the General News-Stories category, while his series of images about an Ebola outbreak in the eastern Democratic Republic of Congo came third in the same category.

Smialowski and Pardo came third in their respective categories with a picture of Trump leading French President Emmanuel Macron by the hand and immigrants climbing over the U.S.-Mexico border fence respectively.