STEP with Contemporary: The art world of Istanbul 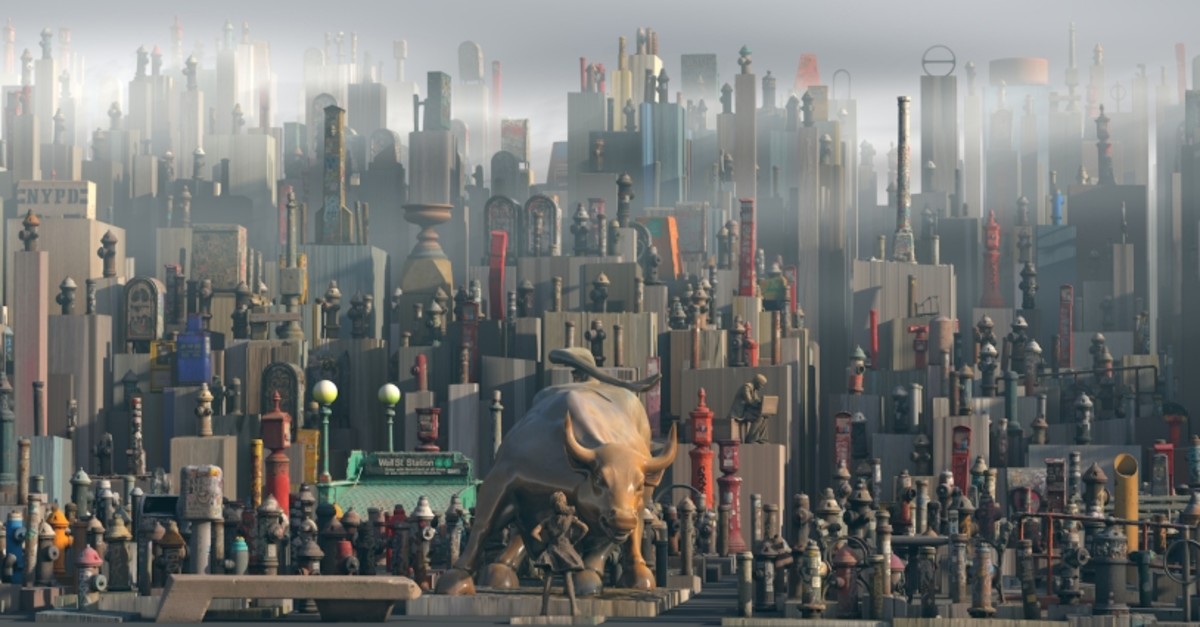 Tomtom is a historic Italian district in Istanbul's core. Its streets cultivate the next generation of cultural entrepreneurs. From April 25 to 28, the Italian high school will host Tomtom's first major art project with the inaugural exhibition of STEP Istanbul, co-organized by Contemporary Istanbul, inviting 25 galleries and 172 artists

A red carpet was rolled out. The tip of its tongue curled up, moist on the sidewalk curb, before falling limp onto the cobbled street. The names and faces of Istanbul's art world were out in full regalia on a rainy Friday night in mid-February. They were greeted by servers with trays of complimentary drinks sparkling through tumblers and crystals. Fine appetizers were camouflaged by earthy stoneware. Circles formed, mostly into the young and the older. Laughter was heard. Everyone anticipated a speech and music before they could finally let their hair down and party.

The preview event for STEP Istanbul was held in Tomtom Kırmızı, which simply means, Tomtom Red. It had an edgy air. The rusty-hued paint was chipped off the timeworn concrete walls, uninsulated and breathing through glassless window frames. It had the mood of a wintry netherworld, fascinated by itself enough to turn inward, and be gone from the dim, cold planet outside. Through its concave geometric interior of halls, an impromptu crowd stood guard around a platter of wraps and spreads. Though it was rarely touched.

Behind a swarm of impassioned conversationalists, an untitled work of graffiti worked its way up the wall like a sinuous creeper. It was the mark of Hasan Pehlevan, a Diyarbakır-born street artist who has since turned the switch on gallery shows with his op-art interventions before and after inner-city demolitions. His piece at Tomtom Kırmızı resembled that which he had exhibited for the group show, "Op Not Pop" at Plato art gallery in Ayvansaray University, curated by Marcus Graf.

Known for crafting what has been called the "Demolition Aesthetic" with his solo show, Formicarium at Pg Art Gallery in the winter of 2017, he has lately collaborated with Günnur Özsoy, who is endearingly referred to as a sculptress of memory. Pehlevan and Özsoy have become staples at Istanbul's flagship annual art fair, Contemporary Istanbul, which, by inaugurating STEP in springtime, aims to widen its audience engagement by further vitalizing Tomtom, where the neighborhood's trendy Designhood has vibrantly stirred but not shaken the urban palette with its impressively multifaceted, open-air maker's market bazaar.

Below the entrance floor at Kırmızı, a turntable spun under the light hands of Lunar Plane, and drinks were poised to cheer speakers, Hakan Kodal, Ayşegül Temel, Ali Güreli and Rabia Bakıcı Güreli. There was a projection over the stairwell of a 4K single channel video loop titled, "Wall Street" (2018) by the Oddviz collective, consisting of three Ankara-born artists, Çağrı Taşkın, Erdal İnci and Serkan Kaptan. 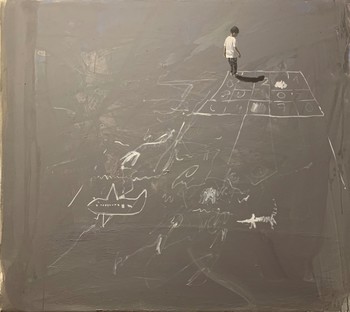 "Wall Street" utilized photogrammetry to recapture the lifelike phenomenon of daylight shadows passing over the bronze sculpture, "Fearless Girl" (2017) by Kristen Visbal, originally installed to counter the "Charging Bull" (1989) on Manhattan drive synonymous with the capitalist zeitgeist. Kaptan strolled through Tomtom Kırmızı in streetwear, his style exhibiting the character of that produced by his digital artist trio, of cities redefined by gentrification, and the resilience of creatives with a critical eye on urban sacrifice zones and apocalyptic sea-level rise.

Step Istanbul is the result of meeting the right people at the right time. We want to make a project where art can touch wider masses and spread enthusiasm," wrote Hakan Kodal, chairman of the executive board at Tomtom Designhood. "Tomtom is one of the most precious districts in Beyoğlu. It is a cultural treasure with historical texture, atmosphere and locals. We wanted to create the same dynamic success that we created in design, in the field of art. Tomtom is the right place to reach our target audience."

"Our project certainly aims to end the division between different sociocultural classes and act as a unifying power. That is why we offer 'art for everyone.' We want to eliminate all distinctions including religion, language, race, socio-economic class and build a bridge over art," wrote Ayşegül Temel, the general manager of Tomtom Designhood. "The Italian high school dates back to the 1800s. It has witnessed major historical developments over time, from the birth of the Republic of Turkey to the creation of today's modern Turkey. I believe bringing art to this building offers a unique opportunity to create dialogues between the past and the present."

STEP Istanbul seeks to reframe the conversation in the wake of its enduring success with Designhood. STEP will begin with a three-day exhibition in the garden of the Italian high school. With young collectors in mind, none of the artworks will be over TL 20,000. It is the first major art project directed by the neighborhood that aspires to the vitality of Soho in New York, Marais in Paris, and Brera in Milan. The millennial art historian and curator Bala Gürcan organized STEP Talks, a speaker series, accompanied by workshops and performances to demonstrate that contemporary art has a place for everyone on the street in daily life.