A showcase of previews: In suspense with Can Aytekin 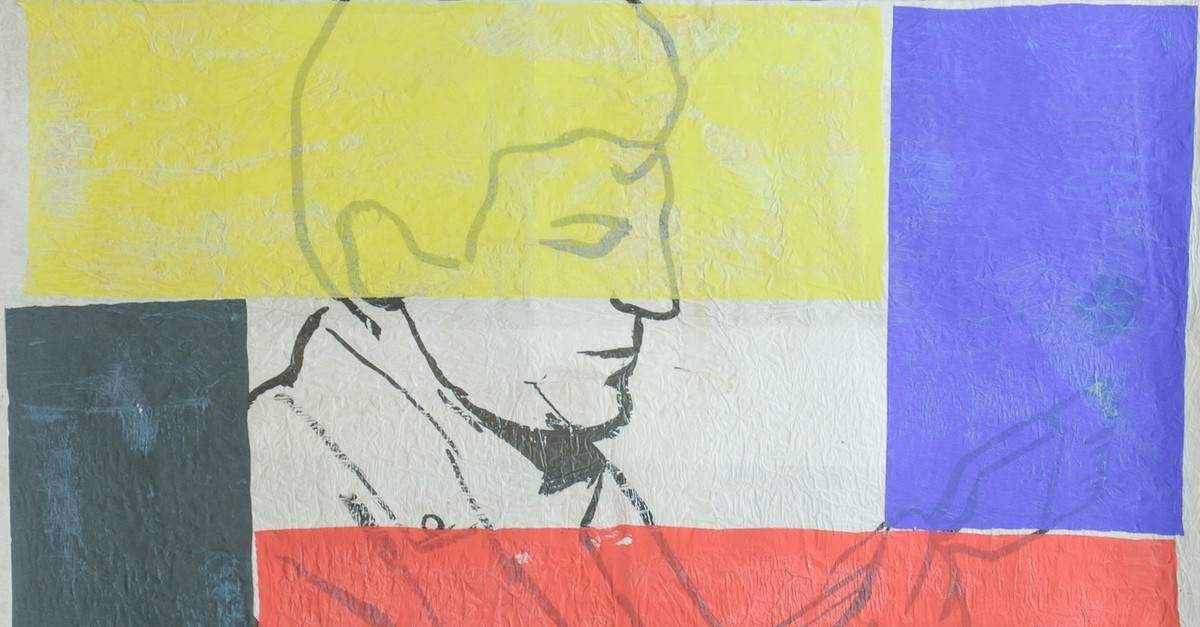 For the latest edition of the Bunker series at the Joycean bookstore cafe and multi-floor gallery Riverrun, the seventh solo show by Can Aytekin teases the popular imagination. ‘Coming Attractions' runs until April 27, offering unique ephemera with the effect of a cinema marquee and movie posters, to realize the aesthetics of anticipation

At the 2015 Cunda International Workshop for Translators of Turkish Literature, at least four poems by the leading 20th century bard Behçet Necatigil were rendered into English. In a few spare lines, he conveyed the passion of unrequited love, the metaphors of shape, the story of a family, and with an emotional range that reflects the colors of a clear sky from morning through the endless night.

"A cool breeze is blowing / You, are all heat / My hands have slipped from yours, the bridge destroyed / How can I bring you to my side / You are distant," Caroline Stockford translated from his poem, "The Bow" (1953), collected in his book, "Old Soil" ("Eski Toprak"). Another later poem, "Blood" (1955) delves into epic proportions to bring out such tantalizing phrasings-in-translation as "tomato carnation."

Under a sheet of glass in the middle of Riverrun's ground floor cafe, there are eight artist books by Sarkis, Selim Birsel, Ayşe Erkmen, and Can Aytekin, among others. The publisher Norgunk is housed in an office opposite the basement gallery where the Bunker series has shown works by world-class artists like Mona Hatoum. From top to bottom and throughout its publications and exhibitions, Riverrun maintains a distinctive house design, relaying a sleek minimalism with its mute spectrums and simple contours.

Aytekin was inspired by the Necatigil poem, "Houses" ("Evler," 1953) for his artist book, which he describes as a kind of fanzine. Last summer, Aytekin had an exhaustive solo show at the prestigious, multi-level Arter gallery on İstiklal Avenue, currently in the process of moving to Dolapdere where it will open a new museum in Istanbul in the fall. 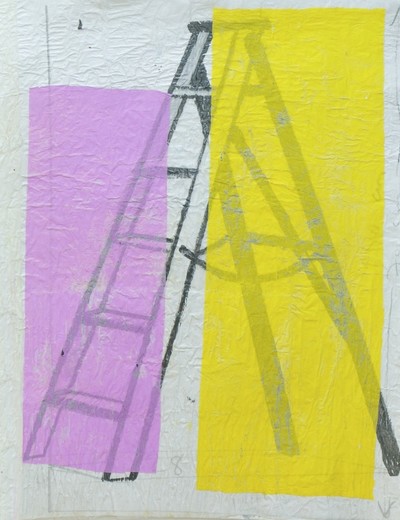 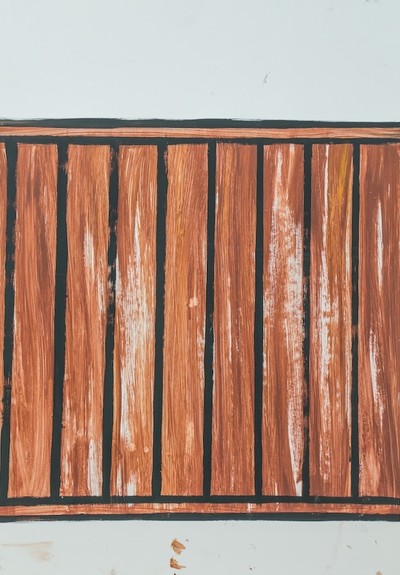 "Your house has a simple form / Whether dwarfed or giant / There are no curtains on the windows / It is an empty house!" Necatigil penned for the opening stanza of "Houses," rhyming every second line in direct, playful Turkish. Riverrun stocks a plain edition of Necatigil's poetry. Aytekin's book is the 8th edition of the Norgunk series, "Open Writing" ("Aç Yazı"). It includes his original poems, articles, as well as drawings and paintings.

For his Arter exhibition, which disappeared from the storefront gallery on the city's most popular pedestrian drag on July 15, his works were curated by Eda Berkmen under the title, "Empty House." It chronicled a variety of recurrent motifs in his art practice. Many of his transparent colors, technical alterations and architectural lines are apparent in his present show, "Coming Attractions."

The calm before the movie

For its first month, "Coming Attractions" was shown below an exhibition of three videos by Turkey's preeminent contemporary sculptor and installation artist, Ayşe Erkmen, who recalled her works, "Chambal" (1999), "Deutsch Bahn" (2002) and "Level 2" (2006). Aytekin adores Erkmen, though sees no correlation between his art and hers. Instead, he maintains respect for her as a fellow student in the sculpture department at Mimar Sinan Fine Arts University. He hails from the painting department.

Reflecting on his school years, Aytekin remembered how Erkmen was concerned with conceptual frameworks from the start, a quality that he has always admired, closely following her prolific career. He shares an affinity for integrating and transcending exhibition spaces as a natural extension to his artwork. "Coming Attractions" invites the footsore and curious milling about downtown Istanbul into an abstraction of the quintessential modern experience that is going to the cinema.

A week after "Empty House" opened at Arter in March, 2018, headlines peaked over controversies led by Steven Spielberg, who feared the demise of theater going in new cinema. The meteoric rise of Netflix films were seizing the classic limelight of the Academy Awards from the box office to the kitchen table. In the imaginative hands of Aytekin, the anachronistic adverts and popular attractions of the movie house are reanimated with vibrant twists of his rich palette and his knack for multifaceted, boundary-dissolving installations.

With geometric precision, his painting has an almost neon fluorescence, while conveying the rustic, faded charm of a country clapboard house lathered with reds, blues and yellows that combine the tonal qualities of natural pigment with an electric charge. As three Erkmen videos played on repeat above, the Bunker echoed with the sounds of the motion picture industry. "Chambal" (1999) was an adaptation of Leo the Lion, whose roar has prefaced most MGM films. Downstairs, instead of a hallway leading to seats in front of a projection screen, Aytekin installed a single, wooden chair facing a wall tacked with loose, unframed series of works based on the profiles of characters in the film, "Time to Love" ("Sevmek Zamanı," 1965) by Metin Erksan.

Riverrun is the child of film lovers. Aytekin saw a cinematheque when he came to arrange his latest pieces for the exhibition, which would express his art practice as a whole, from the individual objects to the concepts that conceived them and the space that contextualizes them in light, room, and conversation. He walked from the street into the cafe and saw the photograph of a work by the Palestinian multimedia artist Mona Hatoum, titled "Present Tense" (1996), pasted on the wall next to menu items stuck to a backboard with magnets.

Aytekin has tactile vision. The placement of his works followed suit with business as usual at Riverrun. His conceptual self-curation aligns with the fleeting nature of a temporary exhibition, drawing similarities to film previews and posters. Like when editing the moving image, excitement is cultivated when time is limited. It is clear that art galleries do not have the same mass appeal as movie theaters. The cliquish highbrow airs of white cubes are practically the opposite to sitting in the pitch-dark, eating popcorn for an audiovisual romp of theater.

An aftermath of reason

"Coming Attractions" is a step toward reframing a persistent and universal dialogue about the challenges of engaging public interest in cultural sites. In the process, Aytekin seeks to instill mindfulness for inhabiting impermanent spaces, an apt analogy for planetary existence.

The title metaphor of his exhibition speaks to the essential criticism of conceptualism in art, which defends itself behind terms like "process-based," yet from certain angles may not be different than an advertisement for a Hollywood film invested in the sensation of previews over the enduring quality of the film.

A temporary exhibition is a physical act, as are film screenings. They open and close. Aytekin quotes the golden age of film production in the 1960s, when posters were frequently replaced, later epitomized by the seasonal construction of open-air cinemas. He relates these themes to his early series, Temple Paintings (2003-2004), exhibited at Empty House, which depicted the tabernacle, a portable dwelling for Yahweh on earth.