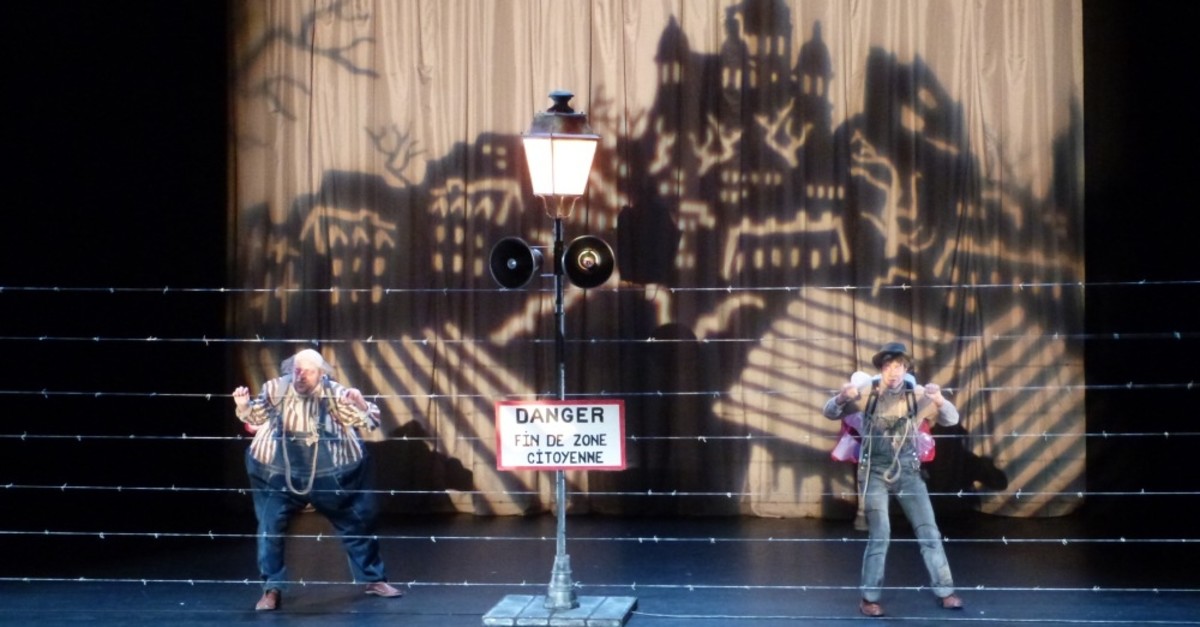 The International Black Sea Theater Festival, organized for the 20th time this year by the Culture and Tourism Ministry's General Directorate of State Theaters, has raised its curtains. Nearly 100 artists from eight countries will attend the festival, hosted by Trabzon State Theater.

The event, which is primed to offer prominent theater works from around the world, will also feature various workshops for children and young people that will cover a wide variety of subjects, including traditional crafts, the Karagöz shadow play, authorship, storytelling and caricatures.

The festival kicked off with a cortege yesterday and welcomes theater groups from Spain, France, Croatia, Greece, Romania, Russia, Ukraine and Georgia.

Since the day it started, the International Black Sea Theater Festival has hosted 345 theater groups from 234 countries and has presented 455 plays to thousands of spectators. The 20th edition will end on May 16.

The Lesya Ukrainka National Academic Theater of Russian Drama will perform Lutz Hubner's "Das Herz eines Boxers'" ("Heart of a Boxer") tonight and tomorrow at 8 p.m. on the same stage.

Ankara State Theater's "Contrabass," written by Patrick Suskind and directed by Metin Belgin, will open its curtains on Hüseyin Kazaz Stage at 3 p.m. on May 5, 6 and 7.

Spain's Yllana Theater will present "Chefs," an original work, on May 7 and 8 at 9 p.m. on the same stage.

Croatian Lea Sekulıc Theater will perform Lea Sukulic's "Pentimento" on Hüseyin Kazaz Stage on May 8 and 9 at 3 p.m.

Other performances include Georgia's Shota Rustaveli State Drama Theater's "Host and Guest" on May 9 and 10, Ankara State Theater's "Eyvah Nadir" ("Alas! Nadir") on May 10, 11 and 12, Russian A. A. Bryantsey Youth Theater's "The Sorrows of Young Werther" on May 11 and 12, Greek Art Vouveau Theater's "Crutches" on May 13 and 14, and France's Fools & Feathers Theater's "Extraordinary Times" on May 16.