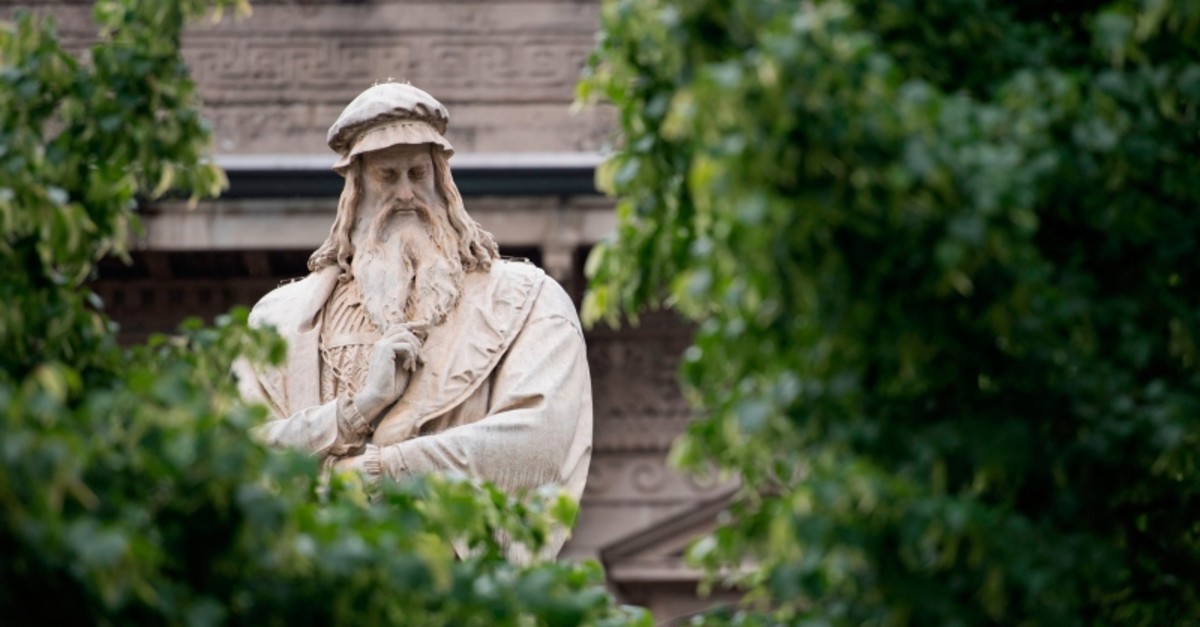 A picture taken in center Milan on May 3, 2019 shows the details of a statue of Italian Renaissance genius Leonardo da Vinci done by Italian sculpture Pietro Magni. (AP Photo)
by May 04, 2019 10:37 pm

Leonardo da Vinci may have suffered traumatic nerve damage that left him with a "claw hand," impairing his ability to paint in later life, a new study said.

The damage could have been the result of a fainting episode, according to Italian research published Friday in the British Royal Society of Medicine journal.

Reconstructive surgeon David Lazzeri and neurologist Carlo Rossi said the handicap prevented the Renaissance artist from even holding his palette in his right hand, though he continued to draw with his left.

Many researchers have assumed that the palsy of his right hand stemmed from a stroke or Dupuytren's contracture, a condition that causes fingers to become permanently bent.

The two scientists reached their finding by studying a chalk drawing of da Vinci attributed to the 16th-century Lombard artist Giovanni Ambrogio Figino.

The picture shows the great Italian polymath with his right hand emerging from his clothing, as if he were wearing a sling, with the fingers contracted.

"Rather than depicting the typical clenched hand seen in post-stroke muscular spasticity, the picture suggests an alternative diagnosis such as ulnar palsy, commonly known as claw hand," Lazzeri said in the report.

For Italian experts, Leonardo's physical weakness was not accompanied by any cognitive decline.

But according to Lazzeri, it may explain "why he left numerous paintings incomplete" even including his most famous, the Mona Lisa, during the last five years of his career as a painter "while he continued teaching and drawing."

According to another study, carried out by Florence Museum researchers and published last month, Leonardo was completely ambidextrous -- capable of writing, drawing and painting as well with his left hand as his right.

The findings were based on analysis of his earliest work.