Gallipoli, where the spirit of resistance still hangs heavy in the air 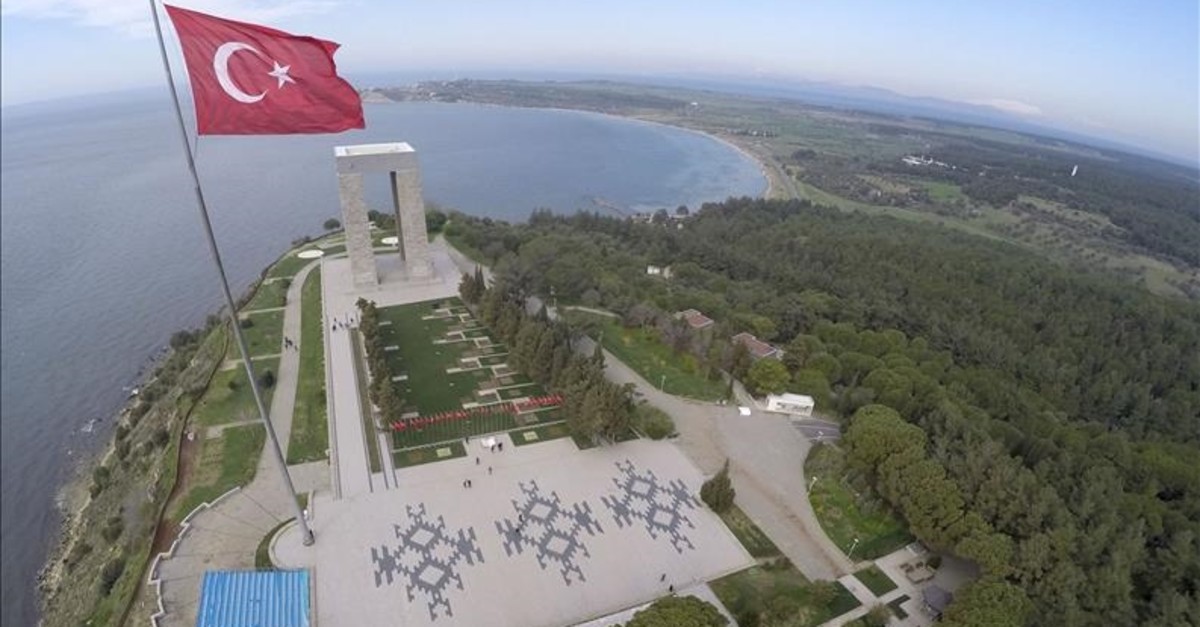 Last Saturday, a huge group of students, most from foreign countries, from İbn Haldun University in Istanbul took a one-day trip to Gallipoli led by historian Halil Berktay. He lectured on the Gallipoli campaign in critical spots on the peninsula where marine and land battles defined the fate of the front. The trip started from Seddülbahir (Cape Helles), followed by the monument for martyrs, Anzac cove and Conk Bayırı (Chunuk Bair).

Doubtlessly, Gallipoli was one of the most important fronts for the Ottoman Empire in World War I. Today, after 104 years, it is still a revered destination for citizens from all over Turkey as a living monument where you can feel the heroic atmosphere in the air. Though it is a small piece of land, it was raided by thousands of Triple Entente soldiers, while Ottomans pushed their limits by bringing men from all over Anatolia and their Balkan and Arab territories, resulting in 251,000 casualties on the Ottoman side, with a death toll of 86,000, a tremendous number considering the size of the population at the time. It is vitally important to remember that an entire generation was lost on the Gallipoli front.

Why Gallipoli mattered so much is another lesson to be learned. For the Entente side, which consisted of the Russian Empire, the French Third Republic and the United Kingdom, it served as a passage through the Dardanelles and the Gallipoli peninsula to Istanbul, thereby knocking out the Ottoman Empire. Plus, it would have enabled Russia to link up over the Bosporus and the Black Sea if they had succeeded. In response, the Ottomans fought to defend the Narrows on the sea and then the heights to prevent the enemy from seizing the peninsula.

On March 18, 1915, a group of 15 capital Entente ships attempted to force their way through the Dardanelles and its Narrows but were halted by Ottoman minefields. It remained a one-day naval operation and heavily cost the Entente powers, sealed by the obvious victory of the Ottoman side.

Later on, the Entente forces attempted to gain control of the Narrows from the landside on April 24 and April 25 to clear the coastline and the minefields to safely sail to Istanbul. The heights always remained in Turkish hands; the Allies were only able to expand marginally and at an immense cost; however, the Ottoman forces also suffered greatly. The 57th Regiment was completely lost during the fight at the Conk Bayırı. To honor them, the Turkish army has never had another 57th Regiment.

The battles that started with the April landings lasted 8.5 months. The final blow was the Suvla plan Aug. 6 to Aug. 10 where Mustafa Kemal put a strong presence and despite heavy opposition from other Turkish pashas, German Gen. Otto Liman von Sanders made him Anafartalar commander-in-chief. Mustafa Kemal repelled British and Anzac soldiers decisively on Aug. 10, and the peninsula was finally cleared of the enemy over the following four months.

The front was fought and won by the Ottoman forces with great heart and soul; however, the Ottoman and German alliance was defeated on many other fronts during World War I. Still, the Gallipoli front was a corner stone in history in terms of the determined struggle of an army that had recently seen major defeats like the 1877-1878 Russian War or the disastrous loss on the Sarıkamış front. It enabled the people to regain their faith and hope after great crises in many places in the Ottoman territory of the time.

The euphoria and self-faith, albeit gained through death and pain, were reflected in literature. National poet Mehmet Akif Ersoy's "Gallipoli Hymn" and Ömer Seyfettin's short story "After Gallipoli" are such examples.

For the Entente forces, the Gallipoli front turned out to be a total failure in every way. They did not expect such resistance, and they could never put a hand on the peninsula, every corner of which is blood-soaked and maintains its spiritual and epic atmosphere for further generations.