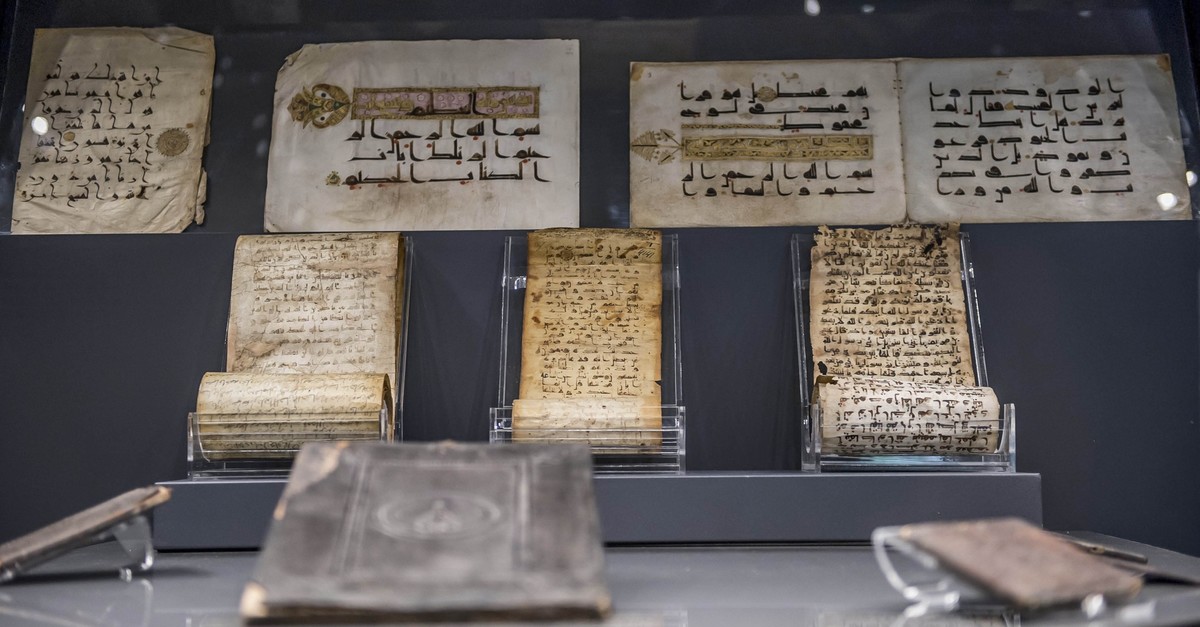 The museumu2019s manuscript collection contains charters, edicts, deeds and many other unique documents.
by Daily Sabah May 13, 2019 12:06 am

The Turkish and Islamic Arts Museum (TİEM) welcomes visitors between iftar (fast-breaking meal) and suhoor (the predawn meal) during the month of Ramadan with its collection consisting of thousands of works from the early period of Islamic art to the 20th century.

The closing hour of the museum, the first Turkish museum that includes Turkish and Islamic artworks together and the last museum opened in the period of the Ottoman Empire, was extended to 01:30 a.m. so that people can visit it after iftar during Ramadan.

In addition, visitors can visit more than 300 museums and archaeological sites affiliated with the Ministry of Culture and Tourism with a Museum pass, which is only for Turkish citizens, for TL 70 for one year.

In the Turkish and Islamic Arts Museum, rare and special pieces from sacred relics, including the footprints of the Prophet Muhammad in special boxes, known as Kadem-i Saadet, and Sakal-i Şerif, and a part of Muhammad's beard, are exhibited. The glass and ceramic works in the museum collection are particularly important in terms of medieval metal art. In the museum, where science, technology, equipment and objects of daily use from the 12th -13th century to the Ottoman period are on display and very important stone artifacts dating back to the early Islamic, Seljuk and Ottoman periods can also be seen by visitors.

Moreover, the museum, one of the most valuable museums in the country with wood, stone, glass-metal-ceramic, carpet and ethnography sections, attracts the attention of the scientific world with its manuscripts section, which is a particularly unique collection.