'Now our watch is ended': Groundbreaking 'Game of Thrones' wraps 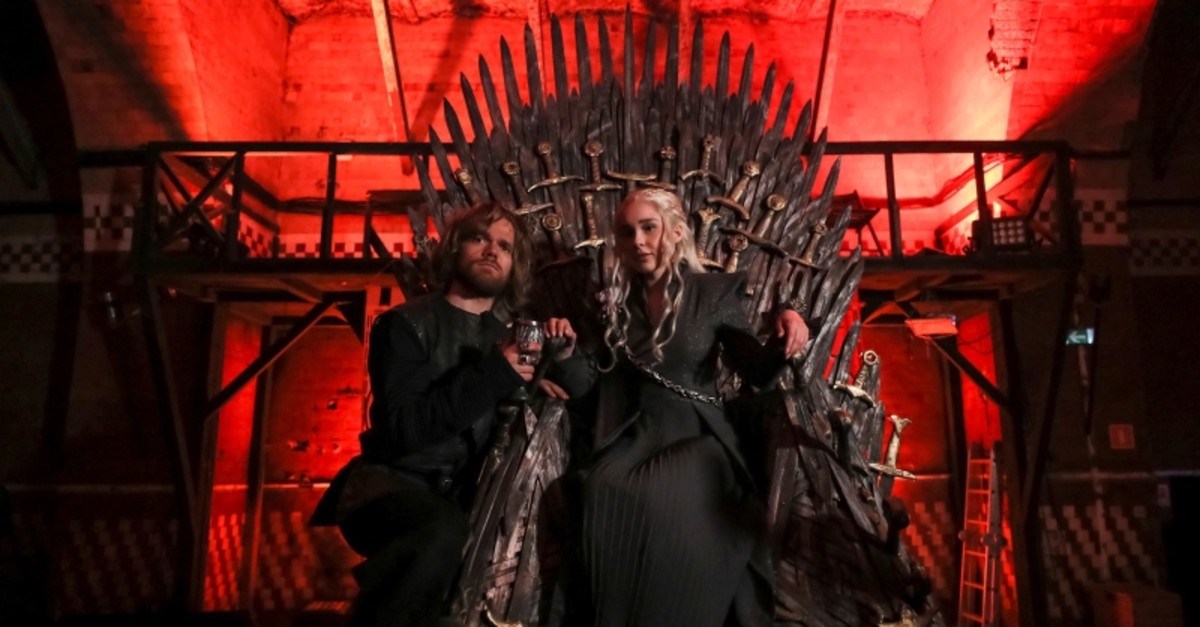 After eight epic years of chivalry, sex, death and dragons, "Game of Thrones" fans worldwide have just 79 pulsating minutes remaining Sunday to get their final fix in one of the most hotly anticipated events in TV history.

The blood-spattered tale of noble families vying for the Iron Throne has just one episode to go and buzz is at fever pitch for a ratings juggernaut that has demolished audience records like a Dothraki barbarian finishing off a skillet of horse meat.

"We want people to love it. It matters a lot to us. We've spent 11 years doing this," Dan Weiss, who directed the 73rd and final episode with fellow showrunner David Benioff, told Entertainment Weekly.

While many will watch at home, perhaps with a goblet of Dornish red wine and a punnet of Braavosi cockles, thousands will celebrate and mourn the show's denouement at viewing parties in bars, banqueting halls and backyards from Alaska to Armenia.

One of the darkest and most controversial primetime series ever made, "GoT" has been the target of criticism over the years for senseless violence and its repeated use of rape as a dramatic device.

Even principal character Jon Snow (Kit Harington), whose fellow Night's Watch troops would chant "And now his watch is ended" at comrades' funerals, suffered the indignity of being briefly dead after a particularly violent quarrel.

The adult themes have not deterred fans, however, nor the industry itself, which has seen fit to make it the most decorated series in history, with 47 Emmy Awards.

Airing in 170 countries under its portentous tagline, "Winter is Coming," the show is also the most expensive ever, with a budget of $15 million per episode in its final run.

The season seven finale set an all-time U.S. record for premium cable TV with 16.5 million people watching live or streaming on the day of transmission and 15 million more tuning in later.

Viewing records also tumbled across the world, with Britain's Sky Atlantic and OCS in France showing episodes in the middle of the night in sync with their U.S. premieres.

Season six was the first to move beyond the source material, George R.R. Martin's "A Song of Ice and Fire" novels, and carve its own path.

Critics said it marked a return to form, with the narrative allowing female characters to demonstrate complexity and moral agency lacking in some of the earlier seasons.

The shortened final two seasons have been more of a mixed bag, with many fans furious over what they consider poor writing.

Most controversial has been the rapid descent into mass-murdering madness by Emilia Clarke's fan favorite Daenerys Targaryen, arguably the lead character in an enormous ensemble that has called on the services of such luminaries as Charles Dance, Sean Bean, Jim Broadbent and Diana Rigg.

A Change.org petition called "Remake Game of Thrones Season 8 with competent writers" had passed one million signatures with more than 24 hours to go until Sunday's finale.

Assuming there is no do-over, the biggest mystery of all remains who will be sitting on the Iron Throne and ruling Westeros when "Game of Thrones" comes to an end.

To throw hackers and pirates off the scent, Benioff and Weiss shot several versions of the final episode, a tactic already used for "The Sopranos" and "Breaking Bad."

Sophie Turner, who plays Sansa Stark, has admitted that even she was fooled into believing a fake version of the ending.

Martin will himself discover the on-screen ending of his long-running masterwork before he has had a chance to conclude the fantasy on paper.

The plot lines for his long-awaited final two novels in the series -- "The Winds of Winter" and "A Dream of Spring" -- were adapted to the screen based on outlines Martin gave the show's writers. But there is no guarantee they will stick to his plan.

"Obviously, I wished I finished these books sooner so the show hadn't gotten ahead of me. I never anticipated that," Martin once told an interviewer.