Camera scrutinized as an eye in art show 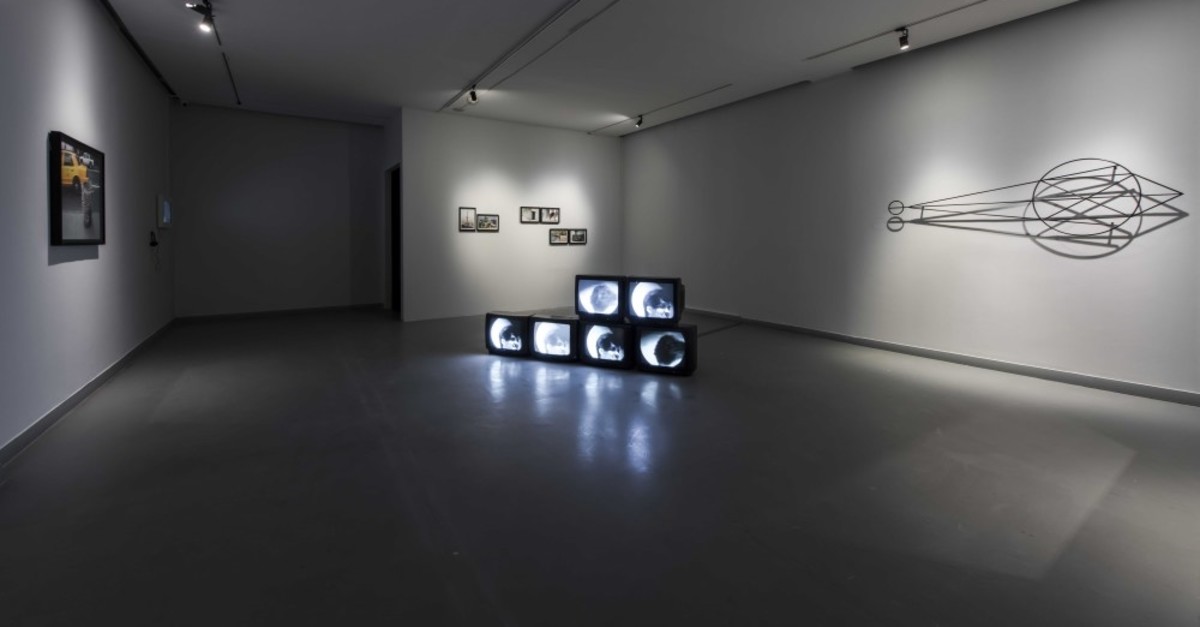 The show aims to highlight unresolved questions related to vision and the politics of seeing through an investigation of the issues of the gaze, surveillance and documentation.
by Daily Sabah May 21, 2019 12:04 am

Zilberman Gallery in Istanbul is currently hosting an exhibition focusing on cameras. Through lenses, the show looks into various ways artists use cameras, either as an apparatus both for photography and film or as the subject

"I'm an Eye, A Mechanical Eye" takes its title from avant-garde filmmaker Dziga Vertov's writings. For the director of "Man with the Movie Camera" (1929), the camera is an extension of the human eye yet at times excels it. The one who holds the camera then becomes a cyborg, reminiscent of our contemporary relationship with mobile phone cameras. Whatever the eye of the cameraman chooses to see, the machine documents. The selection and montage that the camera allows helps to create new narratives and even realities.

Due to the embedded ocular-centrism in the hegemonic culture, the eye still remains integral in the production and the experience of contemporary art as well as of the everyday. The show aims to highlight unresolved questions related to vision and the politics of seeing through an investigation of the issues of the gaze, surveillance and documentation.

In her video installation "The Pupil of the Mosquito's Eye" (2016), Heba Y. Amin's portrait appears and disappears in front of the camera as if trapped inside its nostalgic technology. As part of her research project "The Earth is an Imperfect Ellipsoid," this video was taken during her five-month journey on the African continent and continues her critique of colonial land surveillance and exoticism applied to women's bodies. Amin delves into the history of seeing and optics with her iron sculpture "A Refraction of Histories" (2018) and reclaims theorems around seeing from antiquity and transforms them into theories of thinking.

Janet Bellotto uses the camera to create fictional narratives inspired by her ongoing research around water both in photography with "Transcribing the Impermeable Wall" (2013) and video with "The Slow Decline" (2013). The camera and thus the viewer are retained in flux, almost like a mimesis of water.

Antonio Cosentino watches Istanbul as it changes, evolves and morphs, as people come and go. In "Escape from Marmara" (2013), Cosentino takes his tin ship Stelios Hrisopulos for a stroll in the city and to the sea, a prophecy of a plan for an escape and a homage to those who were forced to flee. His photography from the series "The Atlas of Istanbul," in an attempt to create a memory of today, Cosentino obsessively captures the interventions of the inhabitants of the city in resistance to the changes in the urban landscape.

Elmas Deniz's "The Background" (2014) is a slideshow consisting of photographs of people in front of natural landscapes that the artist has collected from acquaintances and a short poem. Taken with the intention of posting on social media, these photographs use nature as a backdrop. Through an examination of our touristic tendencies and a view on nature, Deniz points at our obsession with and easy access to photographing memories.

Sophie Dupont used the camera to document her performance "We Always Carry Our Body" (2018) in Mexico City. Questioning the intertwined relationship between the body, the mind and the psyche and whether it's even possible to think of them as separate, we watch Dupont carry a brass body on top of her head while watching the voyeuristic gazes of not only of the inhabitants of the city but also ourselves in the position of the viewer. Ahmet Elhan photographed a screening of Vertov's "Man with the Movie Camera" in a museum setting for his series "A Man with a Still Camera" (2019). Through scenes of extraordinary editing and shooting, Elhan cherishes the avant-garde stance of Vertov for its time and creative strategies used by the latter under the Soviet control on art, almost like an optimistic reminder of how art survives times of repression.

Pedro Gomez-Egana's works in the exhibition play with the intrinsic link between photography and film. Documenting the remnants of the movement of "The Chariot of Greenwich" (2013) during its display in Zilberman Gallery in Berlin, "3 Months of Greenwich" (2018) turns the photograph into a poetic ghost video through its durational nature. "The Sallie Gardner Illusion" (2018) points out a pivotal moment in the history of film, the photographic experiments of Eadweard Muybridge, with a sequence of 24 photographs resulting in one of the first moving images, "Sallie Gardner at a Gallop" (1878). By replacing this well-known image with a metallic horse on a spinning motor, Gomez-Egana furthers the questions affiliated with the viewer's perception and the capacities of technology.

In "The Scene" (2019), Begüm Yamanlar makes us watch the subtle and organic transformation of a fictional urban landscape. A new version of "The Scene," which was originally a video made out of photographs, takes on the fickle relationship between the mediums a step further by displaying the frames from the former video in a format that allows us to walk through the video, allowing ruptures in the linear narrative of film.