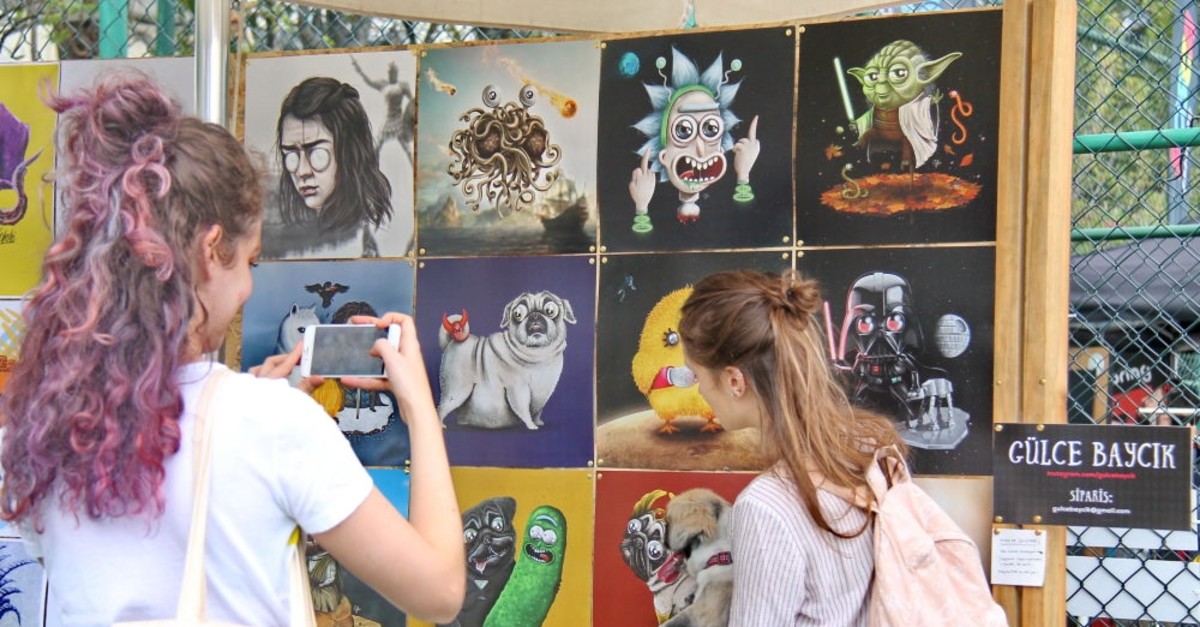 Comic book fans will have the opportunity to see various works in the booths of comics, cartoonists and publishers.
by Daily Sabah May 24, 2019 12:04 am

As an open-air festival that offers a creative experience in the city, the drawing world and different art disciplines, including comics, cartoons, illustration booths and exhibitions, live graffiti and mural works, open workshop programs, seminars and artist talks, the Ankara Comics and Art Festival will make the people in the capital try unique experiences.

The festival, which will be held at the Bilkent Center, has been developing and growing since 2016 and bringing together cartoon lovers. It will meet enthusiasts in Ankara for the first time this year.

Comic book followers will have the opportunity to see various products in the booths of comics, cartoonists and publishers. They will also see the exhibitions of illustrators in the festival area and get a chance to meet with the artists during autograph sessions.

During the festival, comic books and cartoon techniques, illustrations, fanzine and stencil works can be experienced by the visitors at the workshops under the supervision of illustrators.

In the meetings that will be held with the participation of figures from the world of cartoonists and comics, festival visitors will be able to get information about the drawing world in Q&A sessions.

Gülşah Güray, Hakan Tamar, Kaan Sezyum and Ketche, who are among the programmers at Radio Eksen, will be taking part in the festival with a talk titled "Album Covers Around the World."

Meanwhile, Devrim Kunter will attend with his conversation titled "Archetypes and Super Heroes."

Gökhan Tüfekçi, who is known as Kapagözüktükaptan, and Cem Sorel will present live mural works for two days in the street art section of the festival. The Ringo Jets will take the stage at the festival on May 25, and band Palmiyeler will perform on May 26. The 2018 Istanbul Comics and Art Festival's theme was the concept of "identity," and will be the subject of an animation selection at the festival in Ankara.