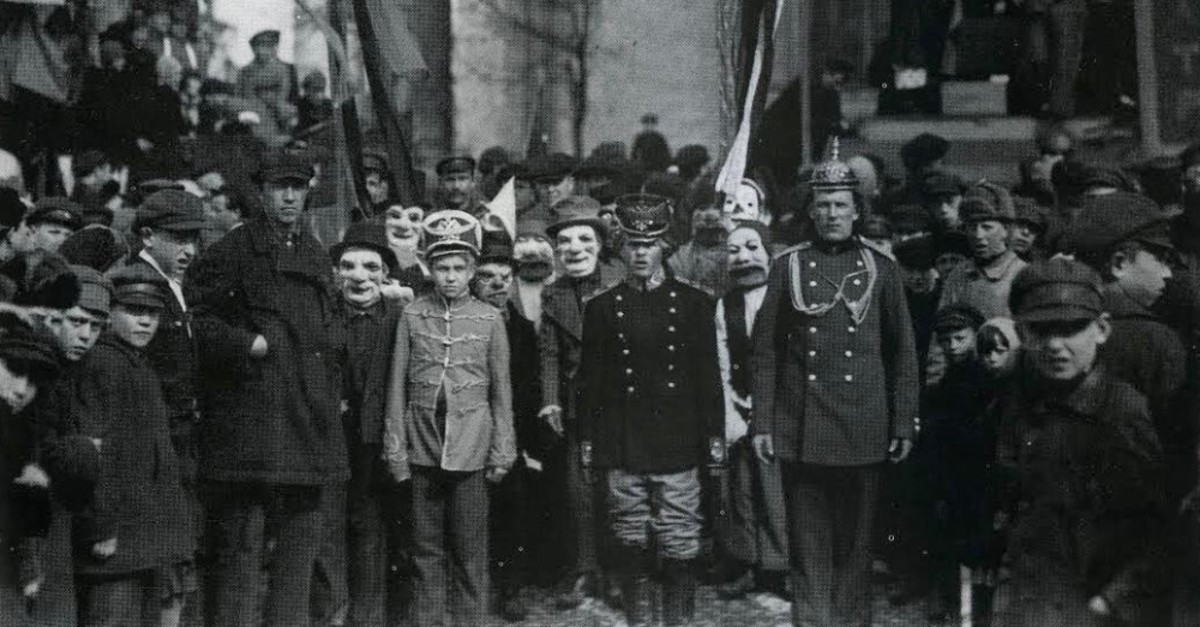 Down an alley near Galata Tower, the young gallery AVTO is exhibiting a timely dedication to Asja Lacis, the Latvian revolutionary director who introduced Walter Benjamin to Bertolt Brecht, and was a conduit for Russian and German intellectuals. Latvian curator Andris Brinkmanis exhibits his research till May 31

It was the summer of 1924, and the waves of Capri roared like the decade. The island off the Neapolitan coast was host to a traveling circus of avant-garde minds out for a respite from heady northern climes where the spirits of revolution were sleepless as nighthawks. Asja Lacis had built her political reputation and artistic momentum in Germany with Fritz Lang, Bertolt Brecht and Erwin Piscator as a representative of the successful communist revolution in Russia.

She was a Baltic belle when photographed in her prime, donning a wide-brimmed sun hat, the symmetrical lines of her nose and lips delicately shading the contours of her supple face. For the German Jewish culture critic Walter Benjamin, who she met during that season of love in Italy, her fiery, lifelong dedication to work over experience, and her commitment to universal justice beyond ageism would grant him an eternal muse.

Brinkmanis discovered Lacis (pronounced Lah-tsis), as most would, reading Benjamin, particularly his flaneur anthem, "One Way Street," one of only two books by him published during his lifetime, and which he dedicated to Lacis. To him, the conceptual "One Way Street" is, endearingly, "Asja Lacis Street," as she "engineered" it, he wrote. With one of his classic turns of phrase, Benjamin explained that she "cut it through" him.

As a fellow compatriot from Riga, tracing her literary contribution political drama theory, Brinkamnis found the definitive memoir by Asja Lacis, titled, "Professional Revolutionary," published to coincide with her 80th birthday in 1971. She recalled completing her final exams at age 26 during the storming of the Winter Palace in Petrograd (modern-day St. Petersburg) as "bullets whizzed" over her head and the communists re-established headquarters in Moscow. 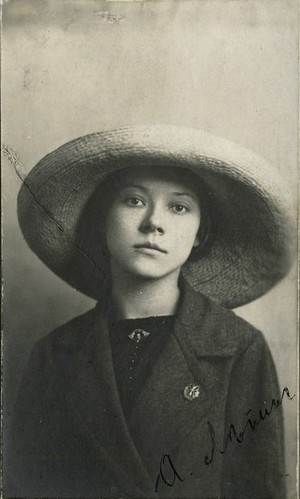 In the midst of armed conflict, Lacis took up the revolutionary struggle for justice through intellectual work. While at the Latvian refugee school in Petrograd, she read the proclamation, "To the People, To the People" signed by Lenin. It turned her into a communist. As a student of theater, the bloody Bolshevik spring was a feast of material and inspiration.

Lacis witnessed mass spectacles staged by the "Theater of October," including a re-enactment of the Winter Palace storming in 1920, and gleaned collegial innovations from the poet Vladimir Mayakovsky and filmmaker Sergei Eisenstein. The running idea was that theater, as a coalition of working artists, could instill revolutionary principles for a semi-literate public long initiated in the mimesis of work and the military. But she would start small, with children.

Early communists in Russia demanded the mass and immediate upheaval of every medium of social exchange. Revolutionary theater was akin to the mural, famously utilized by the communist painter Diego Rivera. It was pedagogical and entertaining at once. Inculcated in the experimental dramatic arts of Russia and Germany with leading intellectuals, Lacis would arguably enter the history of ideas when she wrote with Benjamin, the reputed last intellectual.

The romance of political artLacis and Benjamin shifted a paradigm of dramatic theory, enumerating a class of theatrical experimentation that outlived them and spread throughout the world. Beginning with the co-written essay, Naples (1925), coining the concepts of "porosity" and "constellation," and later Benjamin's, "Program for a Proletarian Children's Theater" (1928), her productions earned a theoretical basis. They had become tried and true models for revolutionary practice.

But until regaining notoriety in Germany in the 1960s, a patriarchal fog was soon cast over her legacy. The Frankfurt School demeaned her as the "Bolshevik girlfriend," and her work on "Naples" with Benjamin went uncredited in his 1955 collection of writings. If not for the literary scholarship of German critic Hildegard Brenner, her name might have disappeared from the European canon of critical 20th-century literature.

In 1975, author Patty Lee Parmalee reviewed Brenner's book on Lacis, loosely translated "Revolutionary at Work" (1971), for the New German Critique, in which she described her as the "extremely important missing link" between early Soviet thespians and the Weimar Republic's revolutionaries. Lacis was still alive when Parmalee described her as the originator of "theater therapy for juvenile delinquent war orphans".

The cause for Lacis in Istanbul

Previously exhibiting his research at the Latvian National Library in Riga in 2019 and at Documenta14 in Kassel in 2017, Brinkmanis saw a special relevance for his work in Istanbul, where refugee children of the Syrian civil war increasingly roamed the streets, acting out undirected backlashes after the traumas they survived. He planned the show with AVTO while observing history repeat itself according to the prescience of Lacis, at the same time gaining a unique reputation as an emerging pioneer of the research exhibition.

AVTO is pedagogical by design. Its atypical house style for exhibitions activates the underground space as a nexus for alternative thinkers to self-educate toward direct action by cultivating nonconformist artistic movements in a contemporary, pro-youth fashion. "Signals from Another World: Asja Lacis and Children's Theater" invites the public to reweave the threads of inquiry that prompted Lacis to abandon an established theater career for more radical directions. 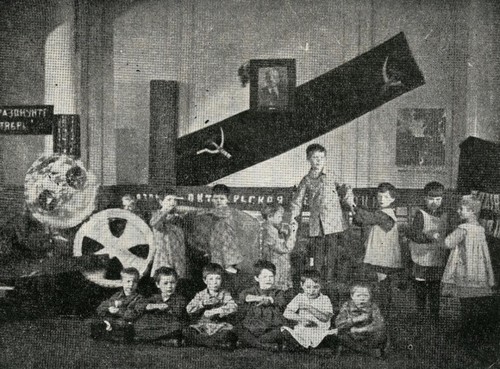 Benjamin, one of the most critical writers in history, shed his cerebral objectivity to join her as comrades, with pens for arms, ink for ammunition, tasked to return the war term of the "theater" to its place in the popular revolution. It was Lacis who secured Benjamin passage to Russia, culminating in his renowned Moscow Diary. And he noted that the children in her plays were acting out, "signals from another world," pointing to life in a state of permanent revolution.

"For the true observer, however, and this is the starting point of education, every childhood action and gesture becomes a signal," Benjamin wrote, redrafting "Program for a Proletarian Children's Theater" following criticism of his difficult prose. "Not so much a signal of the unconscious, of latent processes, repressions, or censorship (as the psychologists would like to think), but a signal from another world, in which the child lives and commands."

The work of Lacis foreshadows the problems of 21st-century media literacy, a crisis of saturated consciousness foretold by Aldous Huxley. She was concerned with the death of reason from overexposure and made moves to counter its sensual glut of capitalist materialism that had not yet dominated the globe, opening one of the first cinemas for children in Moscow. She was a leader among her generation not because she looked up to those who came before, but because she followed those who would come after.