Darkwave, gothic tunes together for 'Dark Night' at Zorlu PSM 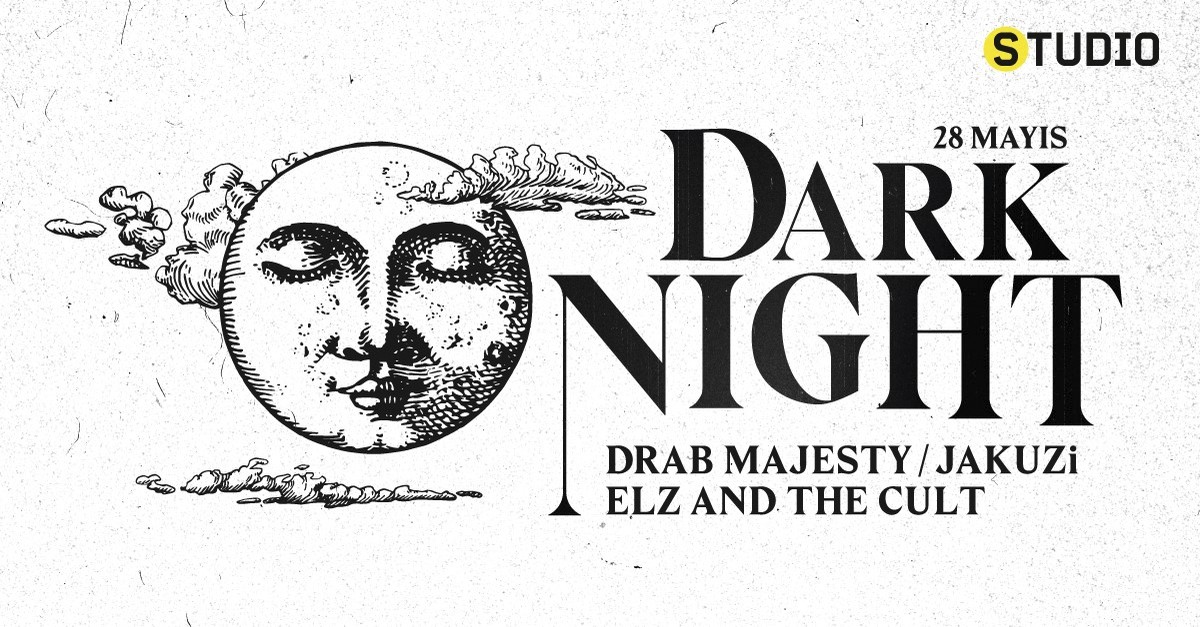 One of the most glamorous representatives of the dark scene, Drab Majesty, will be accompanied by the popular synth band on the local scene, Jakuzi, and one of the most notable names of recent times, ELZ AND THE CULT, on May 28 at Zorlu Performing Arts Center (PSM) in Istanbul as part of "Dark Night."

Deb Demure's solo project Drab Majesty released his debut album "Careless" in 2015. The '80s sound and the clean production of the album attracted great attention from music critics. Inspired by artists like Yellow Lorry, Siouxsie and the Banshees and Felt, he created an original sound, blended with many styles from darkwave to shoegaze. Mona D., the son of horror film director Ted Nicolaou, joined the project as a keyboard player in 2016, and Drab Majesty took its current form. After that, the duo improved their stage designs and brought their live performances to the next level. Drab Majesty's second album "The Demonstration" was released in 2017. Sophisticated lyrics, dark, post-punk vocals, extraterrestrial synths and shoegaze effects resulted in positive reviews in many magazines.

Istanbul synth-wave vanguards Jakuzi were founded in 2015 by Kutay Soyocak and Taner Yücel. Their debut album "Fantezi Müzik" (Fantasy Music), which features synth-pop, darkwave and new-wave tracks, was first released on tape in 2016. But the record was re-released with four new tracks on vinyl, CD and digital formats in early 2017 via the Berlin-based City Slang label. They have performed in many cities in Europe, such as Paris, London, Berlin and Amsterdam. Kutay Soyocak on vocals is accompanied by Can Kalyoncu on drums, Meriç Erseçgen on bass guitar and Ahmetcan Gökçeer on guitar and synth.

ELZ AND THE CULT

Istanbul based gothic pop/darkwave project ELZ AND THE CULT released their debut studio album "Polycephaly" after their first single "My I Did This to Myself," which gained much attention on the global scene and locally. With this album, the band won the Akademia Music Award in two different categories. The same year they were nominated for the Hollywood Music In Media Awards alongside artists such as Sam Smith and Diane Warren. In February 2019, the band released their second studio album, "PSYCHODRAMA," with guest artist like Bewitched as Dark and Kutay Soyucak from local band Jakuzi.