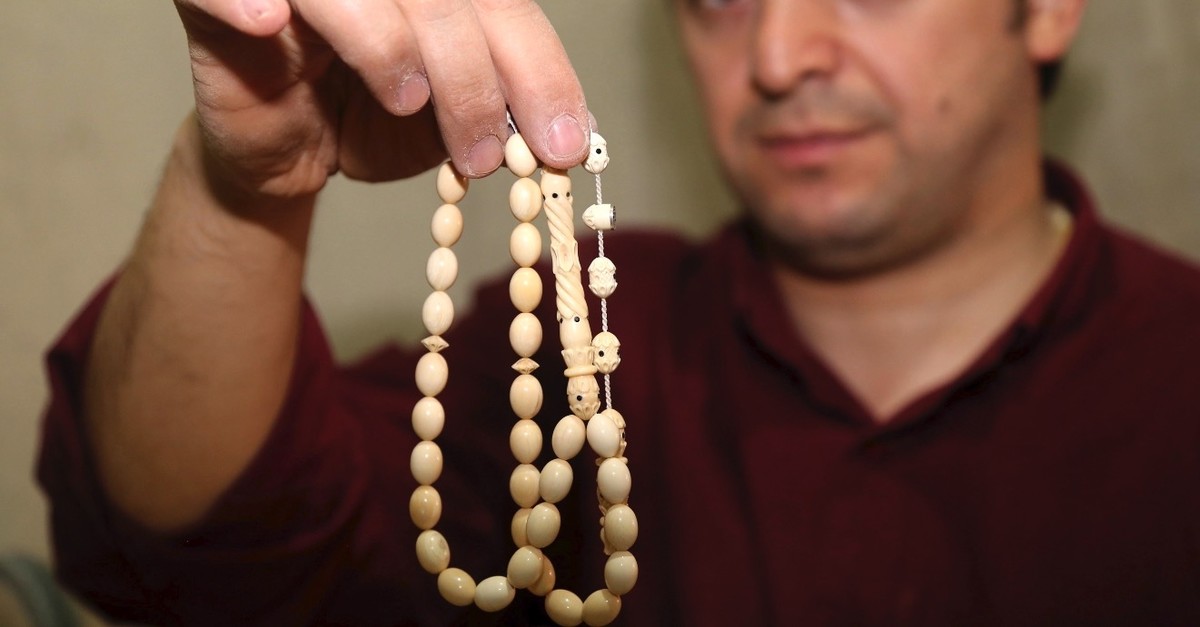 Aydoğan Kargacıoğlu, 32, who lives and works in a public institution in Kastamonu province, attracts attention with his interest in making prayer beads. Kargacıoğlu sends the prayer beads that he makes from fossils to many countries including Germany, the U.K., Belgium and France.

He started making prayer beads as a hobby about 10 years and has been sustaining it in the warehouse located on the lower floor of his home. Kargacıoğlu uses almost every material in his prayer beads.

Kargacıoğlu's most remarkable prayer beads are made from fossils. Speaking to Anadolu Agency (AA), he said that he had admired prayer beads since he was a child. Noting that he bought prayer beads made of Erzurum's jet, a type of lignite, from one of his friends, Kargacıoğlu said, "I liked these prayer beads so much. While thinking about why I do not make prayer beads like this one, I started to watch prayer bead production videos. I searched for the tools that are used. Since I am a machinist, I learned it easily." He makes the prayer beads outside of working hours, too. "I spend time with my family for a while. Then, I go to my five-square-meter workshop under the house. I work here until late hours and even until the morning sometimes."

Against slaughtering animals for art

Stressing that he makes prayer beads from various materials, Kargacıoğlu continued, "I use natural materials in prayer bead making. There is real amber from Russia, Ukraine and the Baltic Sea. In the tree group, there are prayer beads made of rosewood, oodh and sandalwood that I use. In the fossil group, there are mammoth tusk fossils. Some other prayer beads are made of animals. Surely, these were made in Europe in the past. I turn the objects that are not used now into prayer beads. I am against the slaughter of animals for an art or for prayer beads. The fossils that I use in my prayer beads are not new products taken from animals. They are idle products that have been used as objects in various shapes years ago."

Aydan Kargacıoğlu markets his products through social media. He added, "Collectors and those who like using prayer beads find me through social media. If they like my work, they place orders. I send orders everywhere in Turkey. Apart from our country, I also have some regular collectors from France, Vienna, the U.K., Germany and Belgium who order prayer beads continuously. They tell me the product that they want and send me their material. I make it for them."

Saying that he has sent his prayer beads to many places, Kargacıoğlu added, "Recently, we have sent prayer beads to one of our statesmen, the Nationalist Movement Party's (MHP) Chairman Devlet Bahçeli."