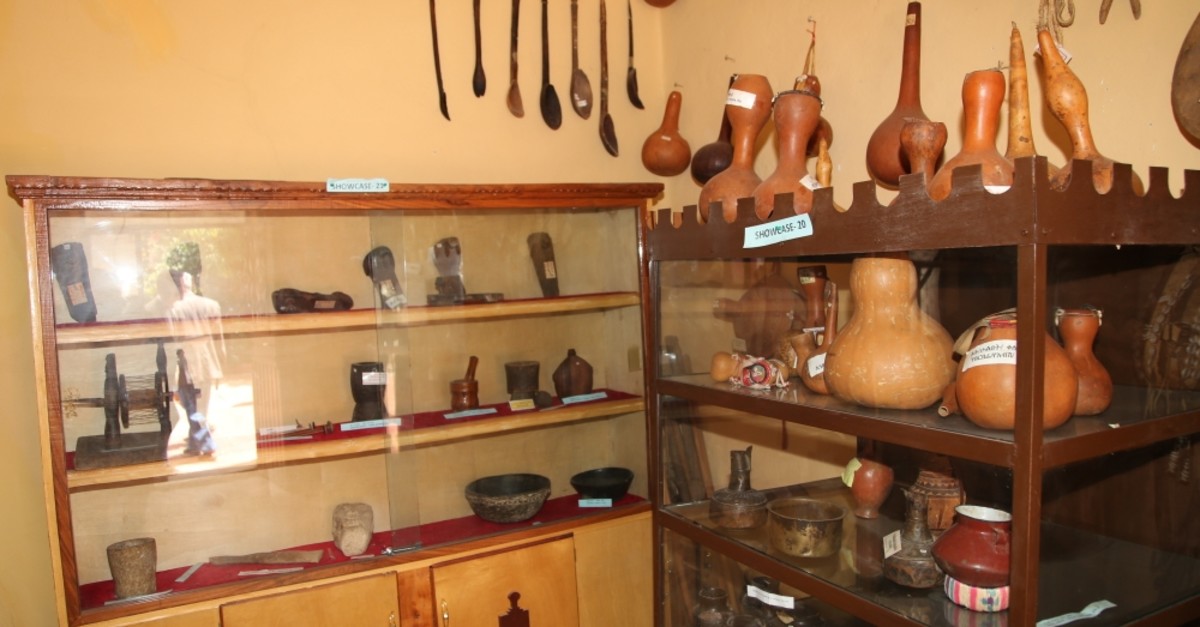 There are antique items like clothing, agricultural instruments, and weaving products at the museum. (AA Photo)
by Anadolu Agency
Jun 08, 2019 12:17 am

Works related to the history of Ethiopia, Islam and the Ottoman Empire will be exhibited in the culture center in a 100-year-old Ottoman consulate building restored by the Turkish Cooperation and Coordination Agency (TİKA) in the province of Harar.

Turkey's Maarif Foundation, in cooperation with Ethiopia's Culture Ministry has initiated projects in Addis Ababa, Harar and Mekele. In this respect, many Islamic and Ottoman history records, manuscripts and epitaphs in Sherif Harar City Museum have been collected and will be exhibited in the culture center to be opened in Harar and have also been transferred to digital mediums.

Speaking to Anadolu Agency (AA), the director of Turkey's Maarif Foundation in Ethiopia, Levent Şahin, said an agreement was signed between Turkey and Ethiopia a year ago to improve the culture and educational activities between the two countries. Noting that they prepared projects for improving education in Ethiopia as a foundation, Şahin said President Recep Tayyip Erdoğan attaches importance to the development of relations with Ethiopia. Şahin mentioned how Turkey supported Ethiopia's history and cultural preservation activities and said: "We have ongoing works in Harar, Addis Ababa and Mekele. We started running schools, culture and language centers. Within the scope of these works, Harar's Şerif Museum has been operating in Harar for many years thanks to the activities of our Culture Ministry." He also added that thanks to the efforts of the owner of the museum, Abdullah Ali Sharif, a lot of manuscripts are preserved here. He continued and said that many works have been converted to digital formats. "We will exhibit certain works and Qurans from Sherif Harar City Museum by borrowing them from the Maarif Foundation at the cultural center in the Ottoman consulate, restored by TİKA

. Thus, we will ensure that these works are preserved and transferred to the next generations."

The owner of Sherif Harar City Museum, Abdullah Ali Sherif, noted that he turned a historical house into a museum about 30 years ago and founded a museum by collecting artifacts that

demonstrated the history of Ethiopia, Islam and the Ottoman Empire and added: "I have five children and 14 grandchildren, and I have been collecting for years. There are hundreds of works in the museum that tell our history. We have lots of antique items like clothing, agricultural instruments, weaving products and many others. And we also have manuscripts, tools, coins, stamps and other handwritten material that are priceless. I bound many of them together with my own hands. There are many works that tell the history of Islam here. I managed to get them transferred to a digital medium. They are pretty hard to get. But we will continue to preserve them at the cultural center opened by Turkey's Maarif Foundation in the future."