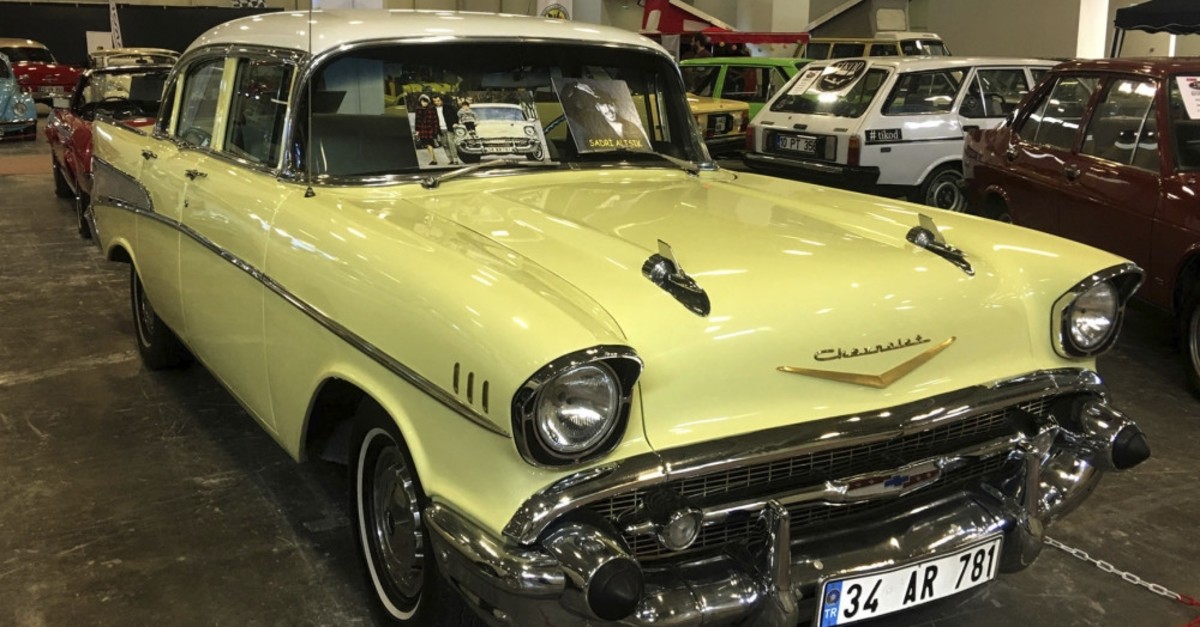 Classic Yeşilçam winds will blow at the Second Classic Vehicles Festival, which will be held at TÜYAP Fair Center by the Antique Automobile Federation (AOF) between June 28 and 30 this year.

On the silver screen, automobiles have gained as large a fan base as actors and actresses have. The 1956 Ford Fairline Convertible used by actor Hulusi Kentmen, who holds a special place in the unforgettable actors of Turkish cinema with his fatherly behavior and kind but firm character, is among these automobiles. This blue and white convertible will be one of the most precious pieces at the festival. Kentmen's automobile was also used by many other renowned actors in different Turkish cinema productions.

The 1952 Plymouth Sedan used by the legendary actress Fatma Girik in the 1970 production "Şoför Nebahat" ("Nebahat, the Driver") will also meet cinema and automobile lovers at the festival. Girik was using this car in the movie as her character's father dies and she has to work as a cab driver.

The 1960 model Chevrolet Impala of Zeki Alasya, one of the most important actors of Yeşilçam's unforgettable comedy films, will also draw interest at the event. This red convertible, which will take visitors down memory lane, was used in "Tatlı Dillim" ("Sweet Talker"), directed by Ertem Eğilmez in 1972 and starring Tarık Akan and Filiz Akın. Besides, 1970 Anadol that was bought by Müzeyyen Senar as a new vehicle and used by her for many years, Ayhan Işık's 1966 Mercedes and Sadri Alışık's 1957 Chevrolet Belair will be observed closely. Many renowned figures that are known for their passion for classic cars, including Burhan Öcal, Serdar Gökhan, Rasim Öztekin and İlker Ayrık, will be among the participants.

Some surprises wait for visitors at the festivals. Classic automobiles, Yeşilçam events, flea markets, concerts and cinema screenings are among the festival's activities. A film telling the story of the first Turkish automobile Devrim will be screened continuously for classic automobile lovers. In addition, a replica model of Devrim cars will be on display in the cinema area.