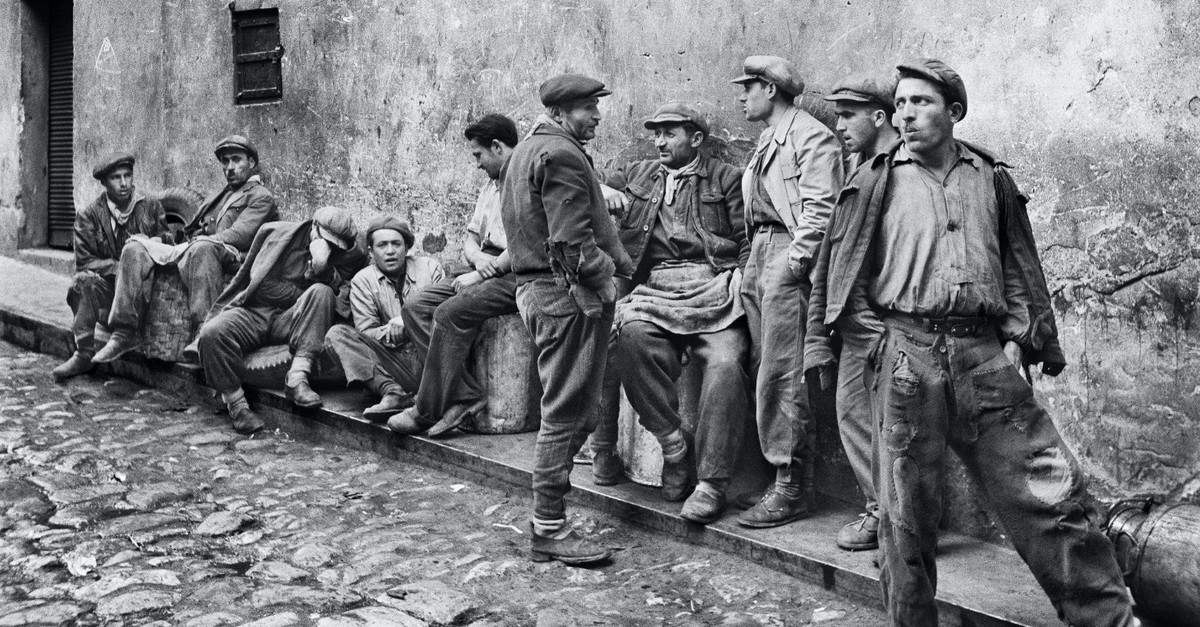 Organized by the Turkish Presidency in collaboration with the Ara Güler Museum and Archive and Research Center, the Ara Güler Exhibition opened at its next stop in Kyoto, Japan with President Recep Tayyip Erdoğan in attendance

The Ara Güler Exhibition started to travel around the world in April with the aim of introducing the works of the late photography doyen Ara Güler to art lovers all over the world. The last installment of the exhibition was inaugurated by President Recep Tayyip Erdoğan in the historical city of Kyoto, Japan. 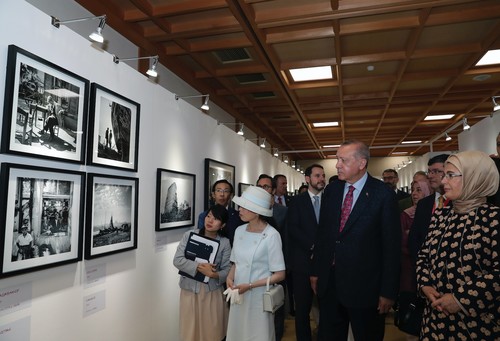 "Turkey and Japan are two countries that reside on the eastern and western ends of Asia with a long history and have succeeded in preserving their cultural heritage," President Erdoğan said in his keynote delivery, pointing to the importance of creating opportunities for both communities to benefit from this rich heritage.

"For this purpose, we have declared 2019 the Year of Turkish Culture in Japan. Hopefully, we will organize different events throughout the year that will reinforce the ancient friendship between the Turks and the Japanese, thus enabling both peoples to get to know each other's historical, cultural and human knowledge more closely," he continued. He recalled that the Topkapı Palace exhibition entitled, "The Treasures and the Tradition of 'Lale' in the Ottoman Empire," and also organized in this scope drew noteworthy interest for two months in Tokyo, attracting about 170,000 visitors.

Touching on the Ara Güler Exhibition as another significant event organized in this scope, President Erdoğan said the exhibition, which was previously very popular in London and Paris, was presented to Japanese art lovers this time in Kyoto.

"It is a source of pride for us to open the photo exhibition of Ara Güler, one of the top seven photographers in the world, entitled Master of Leica," he continued. "The photographs taken by Ara Güler, a world brand in his profession, frame the visual memory of the country, especially Istanbul. The majority of the 60 photographs displayed in the exhibition are the reflection of the unique impression of Istanbul, where Ara Güler was born and raised, through his lens."

He also noted that the adventure of Ara Güler, who put Istanbul at the center of his life and art, was like a summary of the recent history of the country.

"It will be a great pleasure for us to contribute to the knowledge of our Japanese friends visiting the exhibition concerning both Istanbul and Turkey. I believe this exhibition will serve to strengthen the ancient friendship between the Turks and the Japanese who have left their mark on history," Erdoğan added.

After the ribbon-cutting ceremony, President Erdoğan and his wife Emine Erdoğan visited the exhibition with Japanese Princess Akiko Mikasa and the official delegation. President Erdoğan signed a specially-designed exhibition book, featuring his foreword and published in Turkish, English and Japanese, and presented to the heads of state participating in the G20 Summit.

The Ara Güler Photography Exhibition, which took place at Saatchi Gallery in London in April and at the Polka Gallery in Paris in May, will welcome Japanese art lovers at its third stop Tofukuji Temple, which was established in 1236 in Kyoto, until July 10.

Aimed at introducing the works by the renowned photographer to the international art scene, the exhibition will be held under the main sponsorship of Halkbank and Ziraat Bank in collaboration with Sabah and Daily Sabah as the media sponsors and Turkish Airlines (THY) as the official airline sponsor.

The show will be moved to New York at the end of September, around the same time as the United Nations General Assembly meeting, as its fourth stop after Japan. The exhibition, which will be open to visitors at the Street Smithsonian National Museum of Native American, located in the city's financial center, aims to reach art lovers from different nationalities, especially those visiting the city on the occasion of the U.N. General Assembly. The exhibition will open later in January 2020 at the Museo di Roma in Trastevere, followed by the Turkish Embassy in Mogadishu.