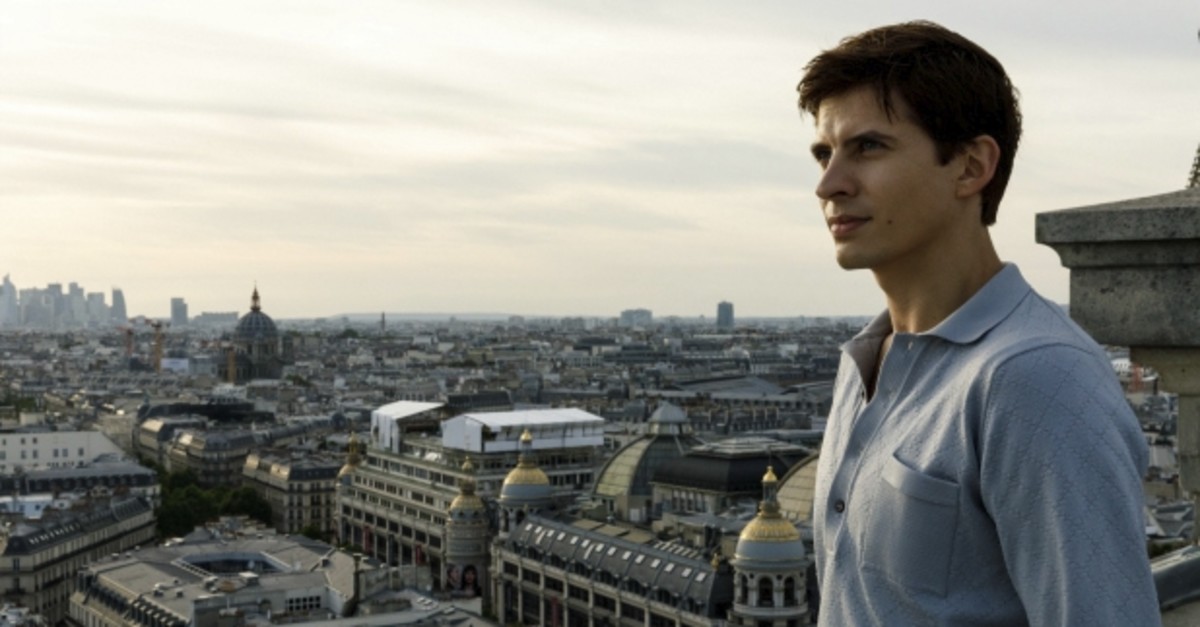 In the last month, I have found myself watching another production that focuses on Soviet-era stories that are abundant lately: First the HBO mini-series "Chernobyl," then Luc Besson's film "Anna" and now "The White Crow," which depicts the formation and struggle of world-famous ballet dancer Rudolf Nureyev, who captured audiences' attention during his heydays, namely in the ‘60s and ‘70s. Directed by Ralph Fiennes and written by David Hare, the plot is inspired by the book by Julie Kavanagh, "Rudolf Nureyev: The Life."

The film opens on a train, the scene where his mother gives birth to Rudolf. After that, the camera moved to the Mariinsky Ballet academy, when young ballet dancer Nureyev gets started. Although he comes from an underprivileged background and lags behind his peers by three years, he is stubborn, hardworking and so self-assured that he fights to change his instructors. At this point, we meet his favorite teacher, Pushkin, played by Ralph Fiennes himself. He is undoubtedly the best actor in the film, speaking Russian with a convincing accent. As the film flows, we see how Rudolf, played by Ukrainian real-life dancer Oleg Ivenko, becomes the head dancer of Kirov Ballet, how he ends up on a Paris stage, and how he struggles with himself and Soviet Union agents. In the final part, we witness him seeking asylum in a Paris airport.

As a first-time actor, Oleg performs by pushing his limits to offer an authentic portrayal of Nureyev. He is an introverted, angry, rude and selfish character who challenges friends, colleagues, teachers and state authorities who stand in his way. The film's name is quite consistent with his character as the white crow is a rare species that stands out among the usual black ones.

The film is based on two conflicts: The one he has with himself and the one with the state agents who follow him at every restaurant, bar and cafe he stops by in an attempt to understand if he has adopted a capitalist way of life when confronted with the glamorous Paris high society. The film falls short of giving the inner conflict, just focusing on the hot temper of Rudolf. We do not see much of his other emotional sides, love or despair. The script could have delved deeper into his world. The other conflict only disentangles through the end of the film, when agents attempt to send him back to Moscow, where he apparently will be arrested for treason. Wrapped up in the last 10 or 15 minutes, which are quite thrilling, the main fight is the only action.

The choice to cast a real-life dancer as Rudolf absolutely points to success. He is so authentic in terms of dancing, posture and stage performance; however, his inexperience in acting shows itself in transferring the passionate nature of Rudolf. It might be partly caused by poor script building, but whatever the reason, as a viewer it is difficult to sympathize with him and understand his spirit.

There are three flashbacks. One is the childhood memories, the second is the formation of Rudolf in Leningrad and the third is his Parisian times. I have to admit the flashbacks focusing on the poor family memories in a rural area and the old disappointment about the father who left him in the woods in the freezing cold and snow were presented wonderfully with art house cinematography and beautiful, soft colors in fairy tale like dim lighting. The adult times in Russia and Paris are characterized in a simpler and less artistic style. What saves those parts is the help of aesthetically amazing spaces like museums, performance halls and venues. Still, when compared to the adult scenes, the childhood memories stand out and seem to have been shot by another art house director.

When the relationship between these three fragments is considered, the director chose to employ frequent flashbacks that serve to make the storytelling unnecessarily complex and tiring. It is hard to follow, discriminate and nonessential in a narrative based on a real-life story. He could have simply employed a more chronological flow, which would be better in such a genre.

All in all, Ralph Fiennes' experience in acting once more surpasses his directing. It was a pleasure to watch him as Pushkin, to the extent that I found myself waiting to see his excellent role-play. This does not mean his directing is bad. The film is worth adding to your to-see list; however, with the exception of the childhood flashbacks, it does not leave much of an emotional impression.