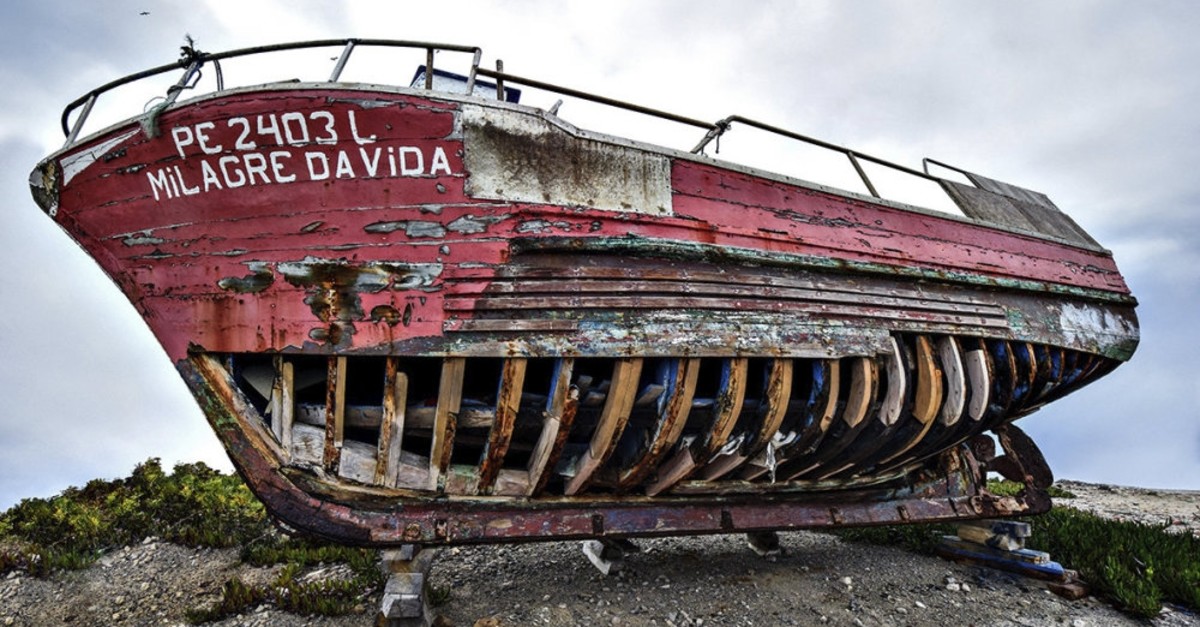 Ambassador Stefano Benazzo has pursued his passion for photography after retiring at 62. Benazzo, 70, has taken photos of dozens of shipwrecks all over the world, and displays them in his photo exhibitions.

A former ambassador to Sophia and Minsk, Italian Stefano Benazzo, took photos of shipwrecks as an expression of admiration for sailors. With this he hopes to bring a voice of the past to future generations. He takes these photos despite facing different kinds of difficulty, from the South Atlantic to Chile, from Namibia to the Islands of Falkland.

Having worked in cities like Washington, Bonn, Moscow, Minsk and Sophia throughout his 40-year-career, Benazzo decided to pursue his passion after his retirement at the age of 62.

To catch the best light and impressive picture, Benazzo sometimes waits for hours in the water and sometimes upon ice masses. He also shoots from above via airplane tours.

In a lot of important cities of the world, Benazzo has opened exhibitions featuring his wreck photos and has also published two books compiling his work. Many academic publications have also used Benazzo's shipwreck photographs.

Benazzo has been taking photographs for 50 years but being a shipwreck photographer gives him a special feeling. "Every shipwreck has a story and most of them will be lost 20 years later. I want to transfer them to future generations," says Benazzo.

Benazzo stated that his first shipwreck photo was in Chile 50 years ago and he visited the same spot two years ago. He explained how he figures out which spots to explore: "There are websites related to this field. I get information through the internet. Besides, my friends inform me. People who see my photos and know that I am interested in this topic contact me through email. If it will not cost too much, I do not lose time to go."

Shipwreck photography is tiring work but despite his age Benazzo says that he enjoys his work. " I was on an iceberg in the South Atlantic for 35 days. There were more than 30 shipwrecks, some of which had not been discovered before."

"Some people say that this is a mad passion and maybe it is. However, there is no progress in life without passion," he explains.