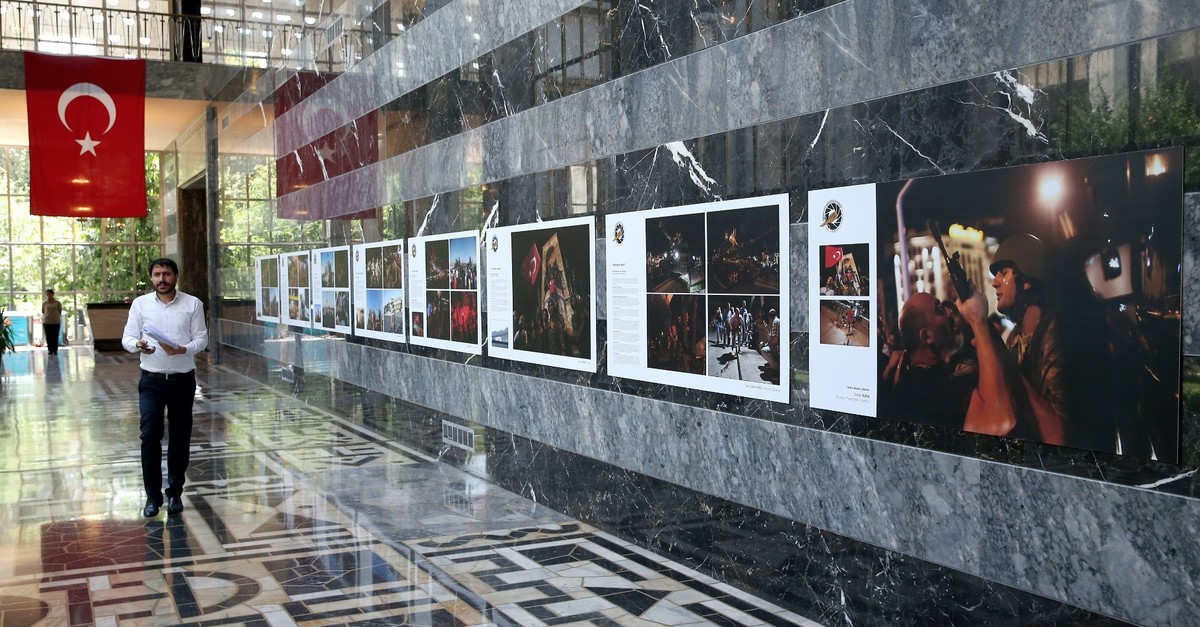 The photography exhibition "The July 15 Treacherous Coup Attempt Through the Eyes of Photojournalists" has opened at the Grand National Assembly of Turkey (TBMM).

Parliamentary Speaker Mustafa Şentop attended the opening of the photography exhibition on the occasion of the July 15 Day of Democracy and National Unity. Speaking at the opening ceremony in the Parliamentary Hall of Honor, Şentop said that political scientist Giovanni Sartori describes the man of our age as "homo videns" (seeing man), wishing that the exhibition would be an opportunity to see and show the realities of the night of 15 July once again. The parliamentary speaker said that men could forget many events, many important principles and rules that could be considered determinants of life, continuing: "However, forgetting is one of the leading mistakes that cause delusion. Sometimes we hear the maxim that history repeats itself. I do not think so. History does not repeat itself, but similar mistakes bring similar consequences and forgotten truths give rise to new mistakes and delusions. Avoiding that history repeats itself in the negative sense is possible by not falling into the mistakes of the past and not forgetting the truth."

Şentop further noted that they all experienced the coup attempt that started on the night of July 15 and continued until noon the next day three years ago, adding that they witnessed the attempted assassination of democracy by traitors going into the streets with equipment belonging to the nation on that night and the courage of the noble Turkish nation that protected their country against that assassination.

Pointing out that 251 citizens were killed while resisting those who sought to seize the future of Turkey and more than 2,200 others became veterans, Şentop said: "The exhibition, which opens here today, is a small, but in any case valuable, part of what was witnessed on that night. To the extent of the despicableness of the 15 July coup attempt, the national consciousness and resistance that took action to stop that coup were great and exemplary. The opening of the exhibition, which includes witnesses to the July 15 treacherous coup attempt, under this roof has a profound meaning. This is because this roof was the center of patriotism of brave and conscious people who said 'either independence or death,' while some sought to occupy the country and enslave the nation 100 years ago.

The opening of this exhibition at this building is of great importance since this building was the headquarters of those who fortified the will of full independence against those who considered liberation possible under the tutelage of another country 100 years ago. This exhibition is more valuable at this venue. Indeed, 100 years ago, in an environment completely surrounded by darkness, the determination that 'the homeland will be saved and the victory will be won' was manifested in this place. On this occasion, I commemorate everyone who showed that determination 100 years ago, especially Mustafa Kemal Atatürk, with honor and mercy." Şentop, along with his entourage, toured the exhibition, which will remain open until Friday, July 19.

Taksim, a scene for the national unity epic 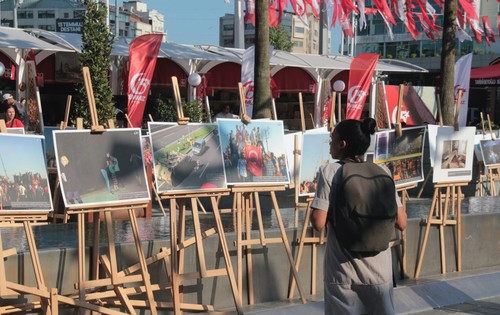 People will witness the heroic story of the Turkish nation at Taksim Square.

The Beyoğlu Municipality will host the photography exhibition The July 15 National Unity Epic as part of the July 15 Martyrs Commemoration Events organized to mark the third anniversary of the July 15 coup attempt. Through the exhibition that will kick off at the Outdoor Exhibition Area in Taksim Square on Monday, July 15, 2019, people will once again witness the honorable stance and heroic story of our nation against coup plotters on the night of July 15. 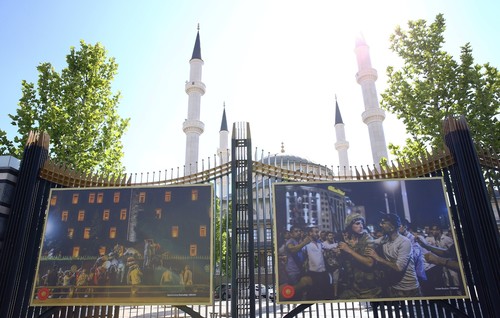