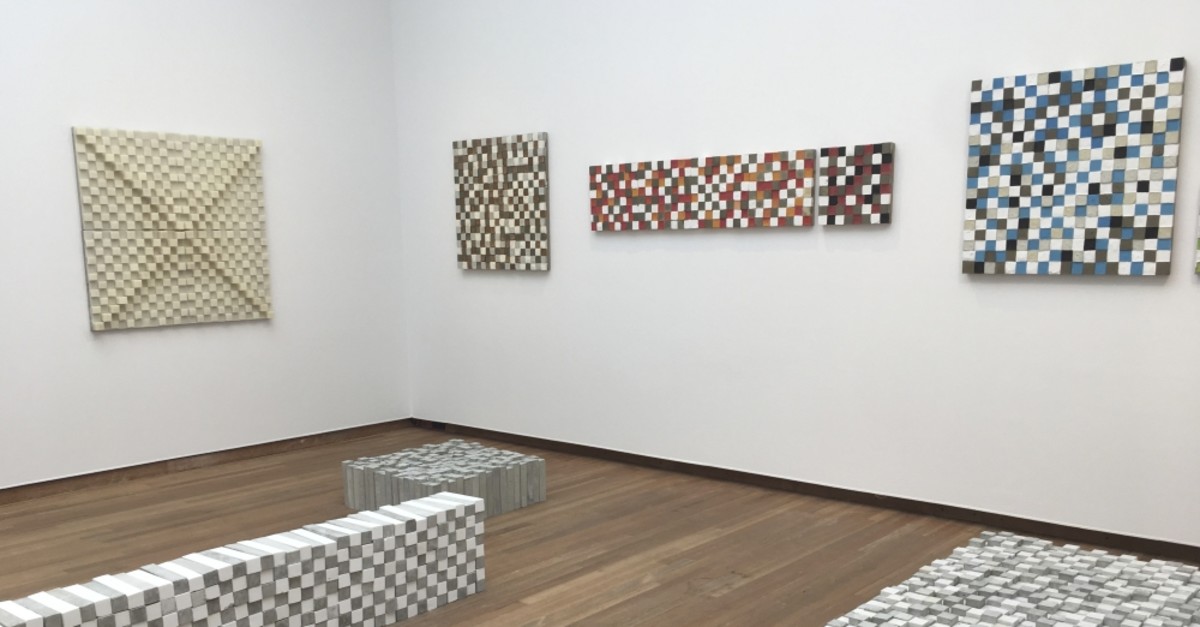 Lebanese artist Marwan Rechmaoui, the winner of the BACA19 award presented by Bonnenfanten Museum in Maastricht, currently has a solo exhibition entitled ‘Slanted Squares,' curated by Zeynep Öz, on display at the museum

I was on a train from Rotterdam to Maastricht, which borders Germany and Belgium, on one of the hottest days ever recorded in Europe. There were no clouds in the sky. The city welcomed me with a heat wave, and the sun was shining on the top of my head. The historic city was taken over by the sweet scent of linden trees, which reminded me of Istanbul where this scent is always in the air in the end of June. My first stop was the Bonnefanten Museum to check out the solo exhibition "Slanted Squares" by Lebanese artist Marwan Rechmaoui, which is curated by Turkish curator Zeynep Öz in Maastricht. 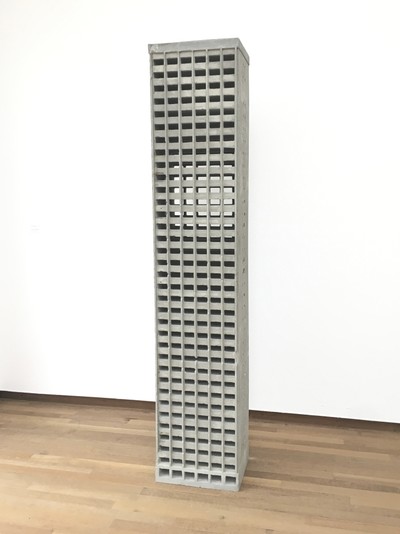 "Monument for the Living" welcomes visitors at the beginning of the exhibition "Slanted Squares."

The "Slanted Squares" show starts with the iconic sculpture by the artist, "Monument for the Living" (2002), which is a replica of the abandoned Al Murr Tower in Beirut. Recently, I encountered the sculpture again at Tate Modern when I was visiting Erkan Özgen's video piece. The sculpture is placed on the right side of the wall text, which catches your eye, making you want to get closer and see the details. The first impression I had was violence, but it is intriguing to see how much an empty concrete building's miniature can convey the concept. The sculpture is taller than the average person and as a visitor, you feel small and cold next to the concrete skeleton. The Al Murr tower was designed to be a trade center in 1974, one year after the civil war broke out. During the war, the building was used as a military base and sniper post to control the area because it was the highest building in the city back then. The tower is just one of the abandoned monumental buildings in downtown Beirut since the civil war ended. Al Murr Tower haunts Beirut with its specters as a living memorial to the civil war. It is a significant choice to place "Monument for the Living" at the beginning of the show, which gives a clue to those who are not familiar with the artist's work. This show is about the landscape of a city that saw 15 years of war.

The exhibition proceeds with a room filled objects made out of beeswax and concrete squares that are staged in different colors and look like a pixelated image. While the violence and cold atmosphere I mentioned about the "Monument for the Living" dissolves when you see the "Tapestries" (2019), as the colorful feature of the work helps. It is a striking combination to put two contrasting materials next to each other. The exhibition presents the pliable beeswax as the base material used throughout the city to rebuild after the civil war, since it can melt with fire and collapse the whole concrete structures built around them. "Tapestries" represents the fragility of the politics in Lebanon and the region, and how it is on thin ice. 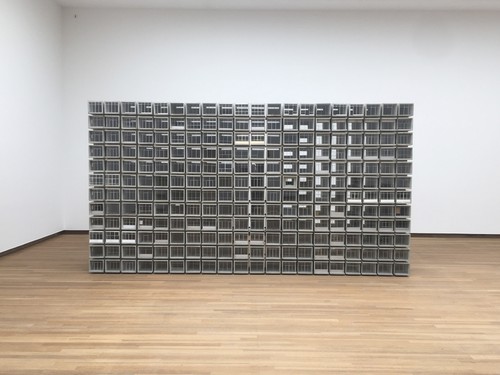 "Spectre" presents a concrete replica of the Yacoubian Building in Beirut.

"Pillars" (2014-2018) fills the entire room with actual pillars of concrete, metal and other construction materials. They are placed very close together in the room, making you feel slightly claustrophobic, and carry the violent atmosphere seen before. It feels like a cemetery because of the Ottoman-era gravestone appearance of the pillars. However, I think it was a deliberate curatorial choice to place the pillars in such a small space. Öz placed them in the small space to stimulate certain feelings. Pillars are an essential part of the structure of a building or a society that carry the weight or control it. What happens if these pillars are destroyed? The structures will collapse. The work can be seen as a graveyard of pillars reflecting the recent changes in the region, including Libya, Tunisia, Algeria, Sudan, Yemen and Egypt. These changes led to the destruction of the pillars that were holding power.

The last work of Marwan Rechmaoui I would like to mention is "Spectre" (2006-2008), produced out of a concrete replica of another building, namely the Yacoubian Building in Beirut, in miniature. The complex was built for the oil-rich wealthy families of the city; however, after the civil war, the demography of the building rapidly changed, and it started hosting refuges, clubs and artists' studios. "Spectre" unfolds the shifts that the country has been through by using the Yacoubian Building as an explicit metaphor. It shows every detail of the building and changes in a subtle way, which probes the alteration of the complex together with resident's layers added to the building and city. While visiting the show Jacques Derrida's concept of "Hauntology" was present in all aspects of this show, invoking ghosts of the past. All the works are, more or less, ghost stories of the civil war. "Slanted Squares" indicates that history and stories are not forgotten; they all come back. The show can be visited until Sept. 8 at the Bonnenfanten Museum.