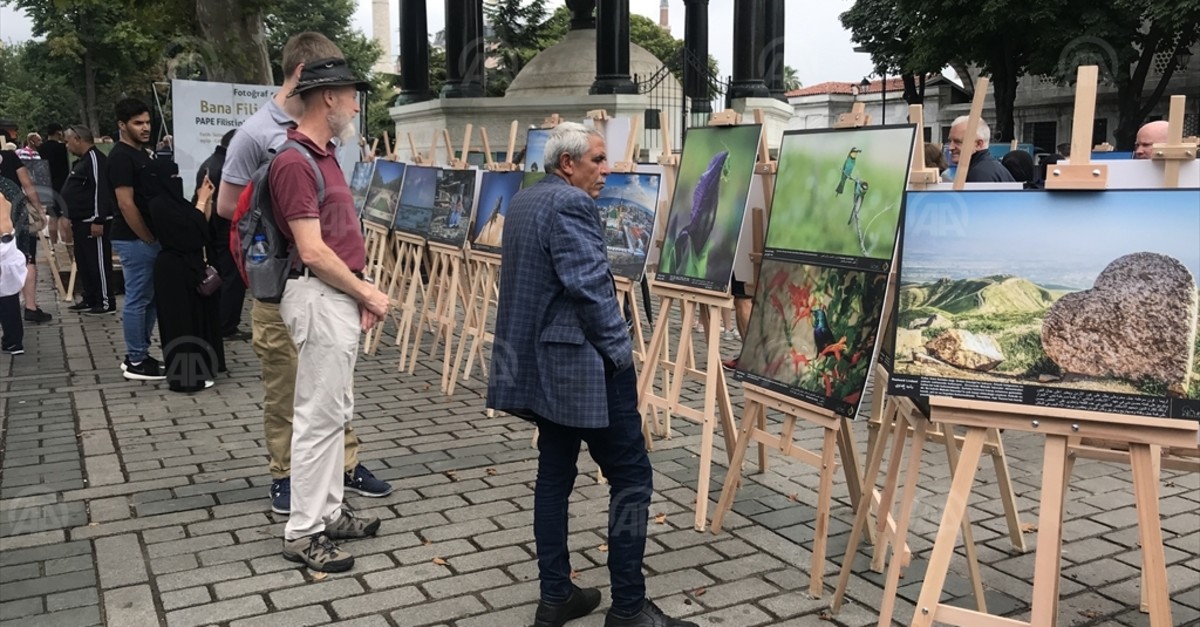 Photographs showing the beauties and the reality of life in Palestine and occupied territories are currently on exhibition at Istanbul's historic Sultanahmet Square.

The exhibition, arranged by the Palestine Photography and Discovery Community, showcases some 70 photographs belonging to 42 photographers under the theme "Tell me about my country, tell me about Palestine".

Photographer Firas Jarrar told Anadolu Agency that photographers from all ages have been joining their community to keep the values of their country alive, adding that they currently have some 3,000 members from various professions.

"I am happy to show the beauties of Palestine to people because it is wonderful to share the historical richness and beauty of my country with people," Jarrar said, adding "Our aim is to give people information about Palestine, tell them about our country and show what has happened since the occupation."

Noting that they chose photographs that especially displayed the reality in Palestine and what has actually been happening in the areas occupied by Israel, Jarrar said: "We have been taking photos for seven years while doing different activities and we have shared these photos through social media. We are creating bigger groups to encourage more people and reach a wider audience."

Jarrar said they wanted to exhibit their photographs in every part of the world to show people their home and inform them about the current situation.

"Our aim is to inform people about the conditions in which people live in Palestine and what kind of a place it is," he said. 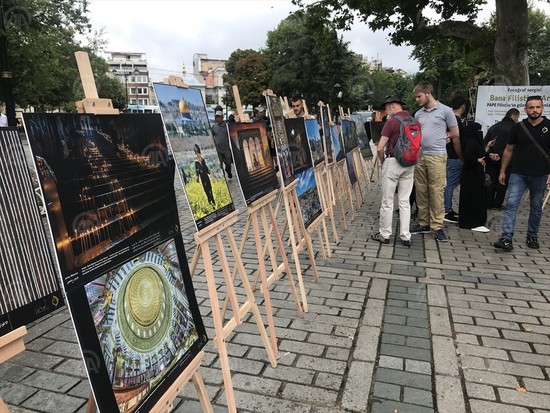 Jarrar underscored that among the photographed places Gaza and Jerusalem were not the only cities that were occupied in Palestine, and their photos showed glimpses of life in other occupied territories like Jenin, Nablus, Al-Khalil, and areas like Jericho .

Jarrar, who was born in Palestine and had been living in Nablus, said that Palestinian people were banned from visiting the Al-Aqsa Mosque before the age of 40, noting that he was only recently allowed to enter the mosque as he is now over 40.

The photos from his first visit to the holy site are also on display at the exhibition.

"These are very special photos for me and they mean a lot. We are still under the occupation of Israel, we continue to live under their occupation," he said.

He thanked Turkish people for their support and love toward Palestinians, saying "this love gives us the power to take more photographs."

The community will also display the photographs in various cities across Turkey when they return to their country.

The exhibition in Sultanahmet will welcome visitors until July 17 while the photographs will also be on display for art lovers at the Eyüpsultan Cafer Pasha Madrasa between July 18 and 20.