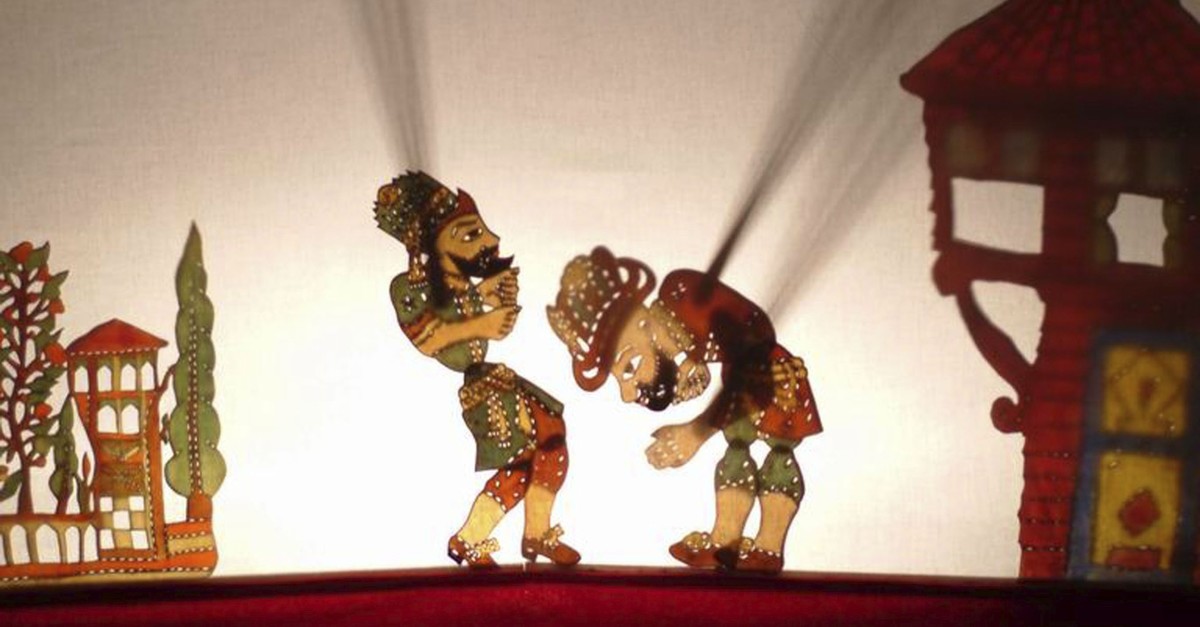 A famous traditional Turkish shadow play, Karagöz Istanbul Explorer will be staged for different African audiences, following its successful show at Africa's Ubumuntu Arts Festival in Kigali in Rwanda, said Fatih Polat, the Karagöz master. "I received a lot of inspiring feedback. I count this Rwandan performance as the starting point, to perform in other big audiences in Africa," Polat told Anadolu Agency (AA), after performing at the show's opening night, at the Kigali genocide memorial.

The fifth annual Ubumuntu Arts Festival featured theatrical performances that sought to answer the question: "What if the walls you built for others today become your own downfall tomorrow?" Across a black stage wall, a group of local and international artists who gathered here for three days scribbled writing for humanity with brightly colored chalk and white chalk.

"Stop violence, fight against division and any kind of crime against humanity. Peace to everyone, Peace in the world. Together we can," they read.

Polat performed on July 12, alongside artists from Rwanda, Uganda, the U.S., Austria and the Democratic Republic of Congo.

Polat said one of the main aims of the Karagöz play is to show that people are the same regardless of one's beliefs or ethnic group.

"You can be Jewish, White or Indian, you can be a believer in the Prophet Mohammed or Jesus, that doesn't matter," he said.

"What is important is that we are all the same. We should not be divided by ethnicity or our beliefs. People should be able to integrate."

Troupes from 16 countries including Turkey participated in the festival.

Polat said that Karagöz show also offers him an opportunity to invite people to visit Istanbul to see its historical features. He noted that he was happy to raise his country's flag, while enacting Istanbul Explorer at this festival successfully.

Polat mentioned that different cultures at the festival excited him.

"I felt excited after the show when onlookers smiled and laughed. It showed me that they loved the show, even when they do not know about Karagöz," he said.

"After the show, several onlookers came and hugged and thanked me, saying it was a very nice show brother, very nice show. It was really exciting to me. I think this might be the start of Karagöz tours in Africa."

The puppets are manipulated by one lead artist. The play presents a man who wants to explore Istanbul. Karagöz and his friend Hacivat embark on a journey and go on interesting adventures.

The traditional Turkish shadow theatre is one of the oldest forms of Turkish art.

The play, occupying an important place in Turkey, involves two-dimensional figures in the shape of people, casting their shadows on a screen.

The figures hide in the shape of people or things are held on rods in front of a light source to cast their shadows on a screen. The play begins with the projection of an introductory figure on the screen, who suggests the themes of the drama, before it vanishes to the shrill sound of a whistle. The opening segment is called "mukaddime" (beginning) where Hacivat after reciting the curtain poem, calls for Karagöz, and they have an argument. Karagöz was registered on UNESCO's Representative List of the Intangible Cultural Heritage of Humanity on behalf of Turkey in 2009.