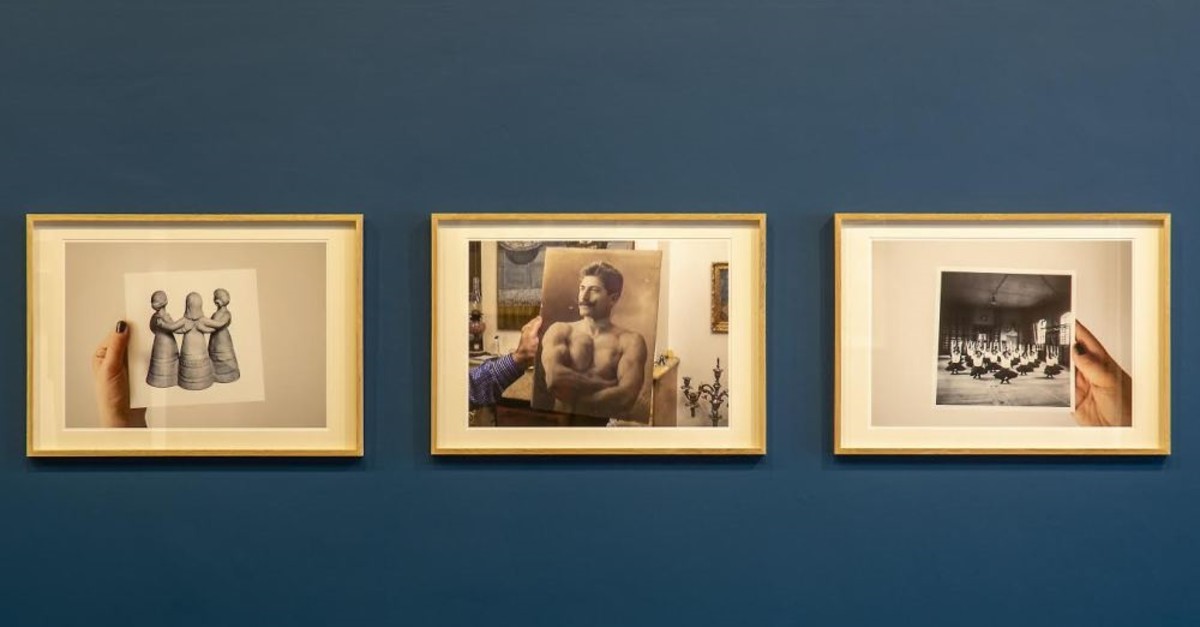 u201cForward, March!u201d includes works selected from Andersson and Atakanu2019s show organized in Gothenburg in 2018 as well as new collaborative video and textile works.
by Daily Sabah Jul 27, 2019 12:40 am

As a result of joint work by Maria Andersson and Nancy Atakan, SALT Beyoğlu is currently hosting a show on the history of physical training in Turkey, which was adopted from the Swedish approach in the early years of the Republic

Conducting collaborative research since 2012, Maria Andersson and Nancy Atakan have studied Turkey's integration of Swedish physical culture practices as part of modernization efforts in the early 20th century. Investigating the adaptation of gymnastic techniques and folkloric elements, the artists unfold narratives on Selim Sırrı Tarcan, the founder of physical education and the Olympics Committee in Turkey, as well as the accomplishments of his daughters.

An engineer, soldier and active member of the Young Turk Movement that revolted to restore the constitutional monarchy during the era of Sultan Abdulhamid II, Tarcan (1874-1957) was sent abroad for a year by the governing bodies in 1909. Seeing this as an opportunity to broaden his knowledge of sports writing and teaching, he requested to be sent to Stockholm to attend the Gymnastiska Centralinstitutet (Royal Gymnastics Central Institute), established by Pehr Henrik Ling in 1813. Tarcan was particularly influenced by Ling gymnastics, which was characterized by aesthetic, medical, military and educational attributes. 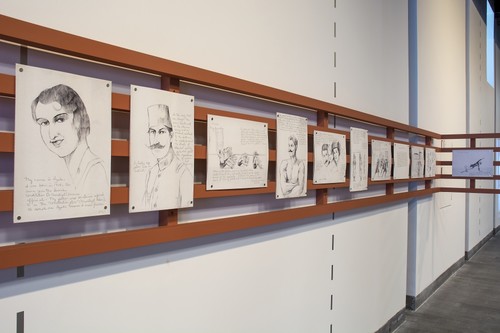 Upon his return to Istanbul, he was assigned to design a physical education system to support the ongoing reform endeavors. Training both male and female teachers, he aimed to restructure social foundations by raising healthy, strong future generations. The Training Festival that Tarcan first organized in 1916 was a showcase of these methods and ideals, which were further considered required instruments in the development of the Republic of Turkey.

Not only did he adopt the Swedish approach to gymnastics but he also initiated a Youth Anthem in the country, by commissioning Turkish lyrics to the Swedish folk song "Tre trallande jantor" ("Three Caroling Girls"), composed by Felix Körling. Serving as a member of Parliament in his later years, Tarcan raised two daughters, Selma Mimaroğlu and Azade Kent, who became pioneers in modern dance and therapeutic gymnastics, respectively. Inspired by their life stories, the individual and collective works in "Forward, March!" explore the intertwined relationship between physical education and the emancipation of women in Turkey.

Andersson's videos, photographs and texts on Selma Mimaroğlu, born in 1906, question the notion of the ideal, presenting the body as a tool for societal changes. She connects Mimaroğlu's aesthetic-based dance philosophy, rooted in the ancient Greeks, with the American dancer Isadora Duncan's style of free and natural movements. The artist also highlights the making of the "Youth Anthem" and the elevation of the male-only folk dance "Zeybek" into ballroom dancing with new choreography by father and daughter.

Atakan's works on Azade Kent, born in 1908, are pertinent to the artist's ongoing survey of women professionals and role models in Turkey. A participant in her physical training classes in Istanbul at the end of the 1970s, Atakan examines the generational transmission of body movements by focusing on the younger sister's self-invented practice. Moving between real and fictional stories of female figures, the artist's drawings, videos and needlework become crucial means referencing missing protagonists in history.

Arranged by Farah Aksoy from SALT, "Forward, March!" includes works selected from Andersson and Atakan's show organized in Gothenburg in 2018 as well as new collaborative video and textile works. The show will be open until Aug. 30.