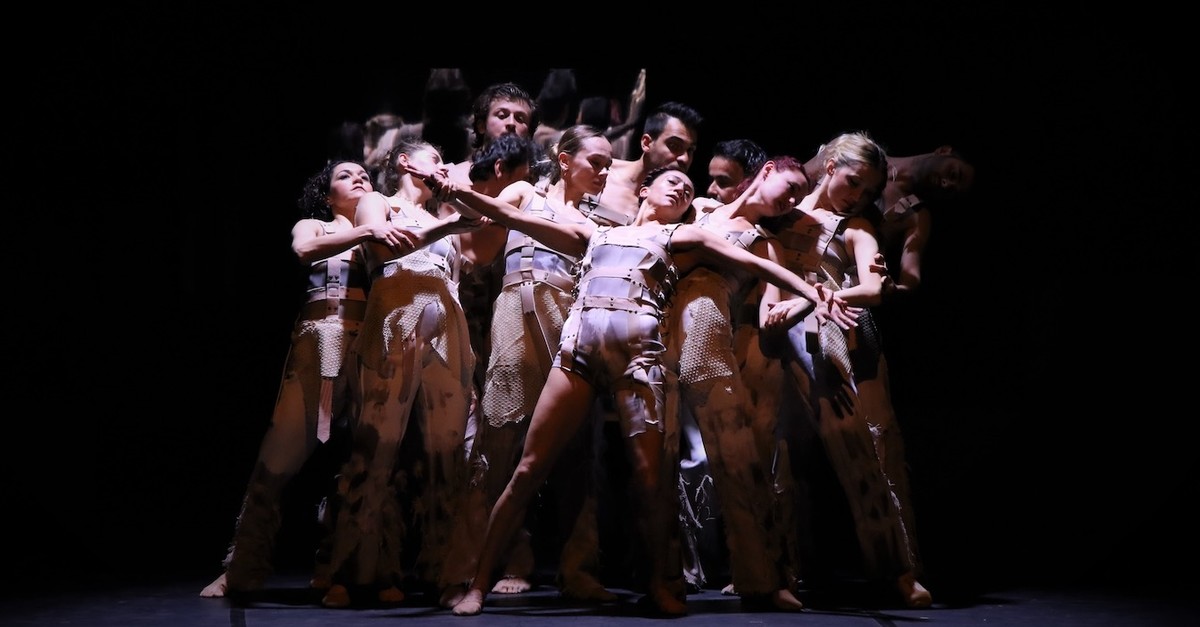 The 17th International Bodrum Ballet Festival, which will bring together ballet and modern dance works from across Turkey and around the world, kicks off at the Northern Ditch Stage of Bodrum Castle on Saturday. The festival will run until Aug. 21

Organized by the General Directorate of State Opera and Ballet, the first and only ballet festival of our country, the 17th International Bodrum Ballet Festival is offering a feast of art with a rich program and enchanting performances.

Along with four very special works, which premiered at the State Opera and Ballet Directorate in Turkey and all around the world and sold out each for performance, the festival will offer eight performances of six works as well as two works performed by visiting foreign groups.

A very privileged festival in Turkey's cultural and artistic life, the 17th International Bodrum Ballet Festival will welcome special foreign groups, who have a fan base all around the world. The Georgian National Ballet, one of the most professional dance ensembles in the world and Aida Gomez, the Flamenco Queen, and her Dance Ensemble are among them.

The festival opens Saturday with "Frida," a work of modern dance repertoire. Directed and choreographed by Özgür Adam İnanç, "Frida" will be staged by Mersin State Opera and Ballet with the music of Arturo Marquez, Jose Pablo Moncayo and Can Aksel Akın. The play tells the story of Mexican painter Frida Kahlo. Despite Frida's severe health problems at an early age, her passion to hold onto life through painting will be performed with a two-act modern dance.

Composed of 60 dancers and 10 musicians and deemed as one of the most professional dance ensembles in the world, the Georgia Sukhishvili National Ballet will be offering rhythmic and high-paced dances to art lovers for about two hours on Aug. 6 and 7. Having visited more than 90 countries and reaching out to 50 million fans on some of the most prestigious stages of the world, the Georgia Sukhishvili National Ballet broke a record at La Scala with the audience summoning them on stage 14 times.

Blending folkloric themes with modern choreography, they will stage the tales of war, heroism and love of the Georgian people with their magnificent performance, making use of rhythmic and high-paced steps.

The festival, at which audiences can view works and ensembles that are successful in the international arena, will bring together two classical works of ballet of the State Opera and Ballet with the audiences at the Northern Ditch of Bodrum Castle.

The love of Romeo and Juliet, which has been the subject of various operas, ballets and theater plays throughout the world, will be staged by İzmir State Opera and Ballet on Aug. 10, with the libretto and unique choreography of Volkan Ersoy and Armağan Davran, award-winning choreographers from Turkey. Arranged with Tchaikovsky's music, the ballet "Romeo and Juliet," is the first in the world with this interpretation. The musical arrangements were made by Tolga Taviş and the performance of the two-act work is about the love of Romeo and Juliet, the children of two enemy families who fall in love immediately the minute they meet. This world-renowned love story will be carried to the stage with the elegance of classical ballet.

The festival continues with the second classical ballet work, "Scheherazade," which premiered in Antalya. The work, which will be performed on Aug. 14, is staged by Antalya State Opera and Ballet with the libretto and choreography of Armağan Davran. The music arrangements are made by Bujor Hoinic, who combined Korsakov's ballet suite "Scheherazade" with other important works by Korsakov. The performance is one of the most prominent works of the festival program with its impressive narration. The two-act work is about the love of Zohre, the daughter of the city's famous merchant Mahmud, and Behram, the son of Sultan Shah Levend and the beautiful daughter of Vizier Abubakr, Zahara and her deadly plan about stopping this love.

THE QUEEN OF FLAMENCO

The fire of flamenco will burn at the International Bodrum Ballet Festival, which will present works and ensembles that have been successful in the international arena with all the colors of dance and music with the world-famous Aida Gomez and Dance Ensemble.

Known for her performance of "Carmen," the flamenco master and award-winning choreographer Aida Aguda Gomez, who is one of the lead dancers of the Spanish National Ballet and who started dancing at an early age, will be performing with her Aida Gomez Dance Ensemble, which she founded and is directing, on Aug. 17 and 18. This special "Carmen" performance, together with the unforgettable music by Bizet, is arranged by Jose Antonio Rodriguez. The ensemble has been touring the world and was received with high acclamation in Turkey with their performance in 2006.

The festival will close with "Jizel," a dance-drama work by Modern Dance Ensemble Istanbul (MDTist), the young and dynamic ensemble of Istanbul State Opera and Ballet. "Jizel," presented in a modern dance drama interpretation of the world-classic ballet "Giselle" by choreographer Aysun Aslan, will be performed on Aug. 21 by the Modern Dance Ensemble Istanbul of the Istanbul State Opera and Ballet. The ballet "Giselle" will come to life under the name of "Jizel," with an interpretation suiting our geography and the social structure and texture of today's world. This different version of "Jizel," in which classical characters such as Albrecht, Giselle, Hilarion and Myrtha are depicted as Alb, Jizel, Hila and Mirta and depicted with the special style of Aysun Aslan, will be united with the classical value of Adolph Adam. The 17th International Bodrum Ballet Festival will close with this special work of art, offering the audiences a dynamic and enthusiastic night.