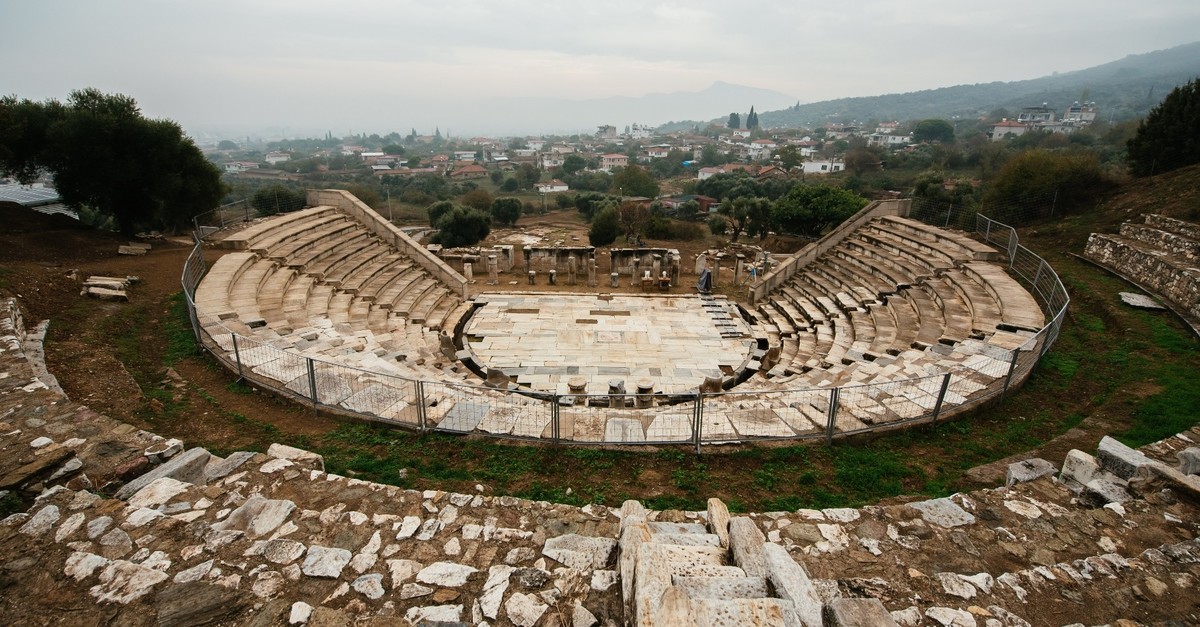 The new phase of the archaeological excavations at Metropolis seek the secrets of daily life in the ancient city.
by Daily Sabah Aug 19, 2019 12:33 am

Supported by the Ministry of Culture and Tourism and the Sabancı Foundation, archaeological excavations are entering a new phase and seek to reveal the secrets of daily life in the ancient city of Metropolis

Carried out with the permission of and contributions by the General Directorate of Cultural Heritage and Museums of the Ministry of Culture and Tourism and supported by the Sabancı Foundation, excavations in the ancient city of Metropolis in İzmir province's Torbalı district have continued to shed light on the secrets of history for 29 years now. An exciting new era at the excavation site of this international archaeology project, attended by scientists from various universities in Turkey and abroad, has started under the leadership of professor Serdar Aybek, the head of the Department of Archaeology at Manisa Celal Bayar University.

This year's excavations are aimed at exploring the texture, structures, streets and urban life of the city as well as the living spaces of the people from different status and income groups in Metropolis, the city known in mythology as the city of the "Mother Goddess." Excavations will focus on water resources, which are basic necessities for the inhabitants of the city, the accumulation and storage of water and the distribution of water to special houses. The measures taken for the peace and inhabitants of the city in the struggling environment of the region during the first years of the founding of Metropolis will also be explored. The fortification walls, gates and towers, built for security purposes and surrounding the city, will be identified.

Expressing happiness about supporting the excavation works in the ancient city for 16 years, Sabancı Foundation General Manager Nevgül Bilsel Safkan said: "Excavations in Metropolis, which we have been supported since 2003 within the scope of our works in culture and arts, have a special place and importance for us. We embrace our cultural heritage by supporting the excavations in the Mother Goddess city of Metropolis. We believe that shedding light on the history and bringing today's people together with the life of the past play an important role on the way to our future. We will maintain our support for Metropolis, which is admired for its richness and profundity." 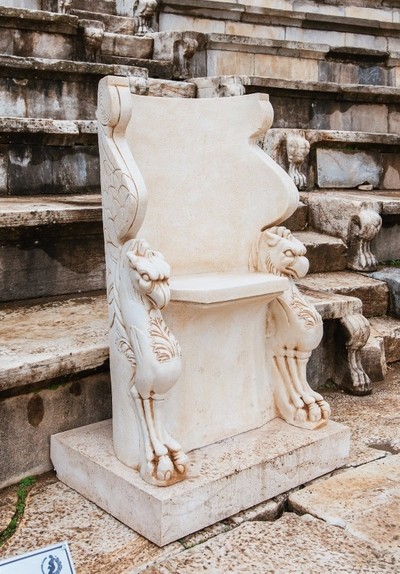 The original replica of the Gryphon Noble chair was placed in the theater in Metropolis.

"As part of our excavations at Metropolis in 2018, we aimed to obtain findings to help understand religious life in the city, to uncover trade routes and the defense and communication networks in and around the ancient city, and to investigate caves around it. At the end of the excavation period, we were excited to place an original replica of the the Gryphon Noble chair, discovered in 1995 and still on display at the İzmir Archaeological Museum, in its place in the theater in the ancient city exactly 23 years later. This year, we are once again stepping up our efforts to bring the new secrets of the ancient city of Metropolis to light. With works we will carry out in Metropolis this year, we will reveal new details about the daily life of the people in the city 2,000 years ago," the head of the excavation stated.

Excavation works at the Roman Bath-Palaestra Complex, which have been underway since 2008, are scheduled to be completed this year to open the bath for visit. The Roman Bath is one of the most important buildings of the ancient city of Metropolis with its rich findings and unique architectural texture in recent years. The Bath-Palaestra structure is planned to open to visitors with a sightseeing route in which all of the well-preserved brick-vaulted galleries, mosaic-paved porticoes and marble-paved pools can be easily seen.

Details of the ancient city

The ancient city of Metropolis, which has been under excavation since 1990, is located between the Yeniköy and Özbey neighborhoods of the Torbalı district of İzmir. Metropolis bears the traces of first settlements of the Late Neolithic Age, as well as of the Classical Age, Hellenistic and Roman and Byzantine periods and the Ottoman era.

As a result of excavations carried out so far, structures and places that make up the texture of the ancient city have been found, such as a theater, bouleuterion (parliament building), stoa (column gallery) belonging to the Hellenistic era, and the two bath structures, the bath and palaestra complex (sports area), mosaic hall, peristyle house, shops, general toilets and streets belonging to the Roman period. During the excavations of these places, more than 11,000 historical artifacts including ceramics, coins, glass, architectural pieces, figures, sculptures, bone and ivory artifacts and many metal finds were unearthed. The artifacts obtained during the excavations are exhibited at the İzmir Archaeology Museum, İzmir History and Art Museum and Selçuk Efes Museum.