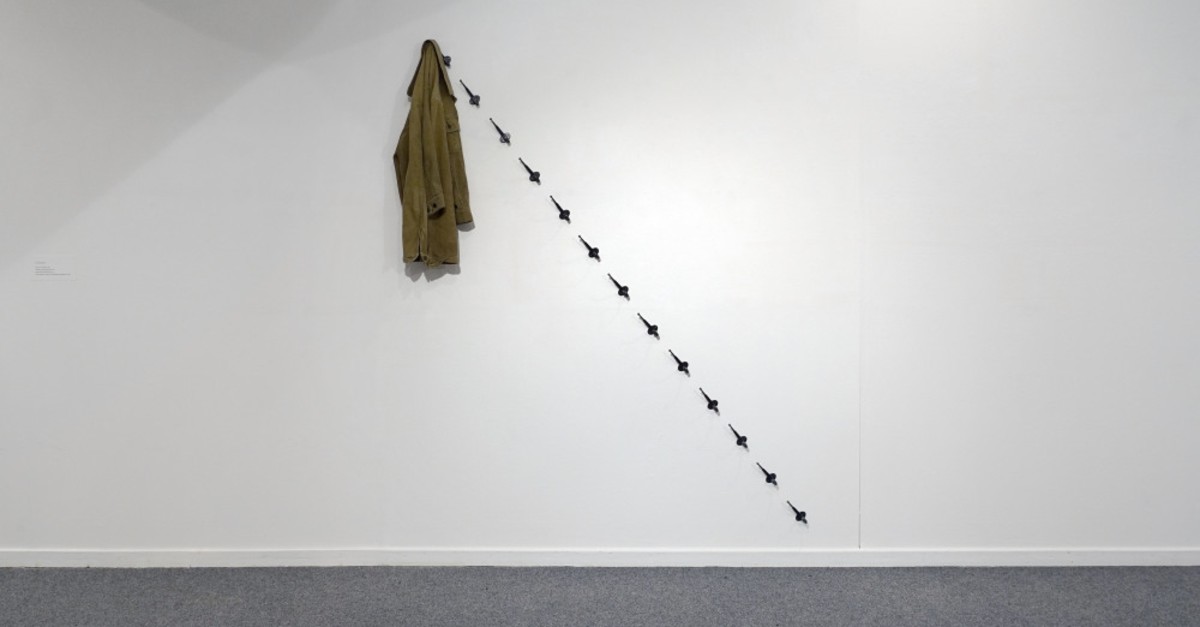 Gökçebağ's most comprehensive exhibition will be on display in Turkey until July 2020. The artist is known for his statues and installations in which he gives familiar objects new forms. In his latest exhibition, Gökçebağ brings together his old and new works produced with site-specific patterns and objects.

"AŞİNA" is an exhibition that touches the Anatolian spirit and reveals the connection between the local and universal – something Gökçebağ has created over the years – through powerful words.

Şakir Gökçebağ creates an alternative meaning platform with the objects that he takes from daily life in his statues and installations. While presenting a personal playing field with the things beyond what we see, he frees them from daily routine. It is a humorous touch on existence and a new field of experience created through these entities.

Gökçebağ mainly chooses from among an artist's tools or materials, like paint, marble, stone, paper and canvas, for his art. He gives the objects a new form by separating from their real meaning but never erasing the original sense.

Latches, walls, brooms and carpets become new things, offering a clue on their identities. The new things they become refer to an abstract or surreal view and also adopt a new way of seeing that the audience encounters after the artist's intervention.