Journey to 'The Seventh Continent' at Istanbul Biennial 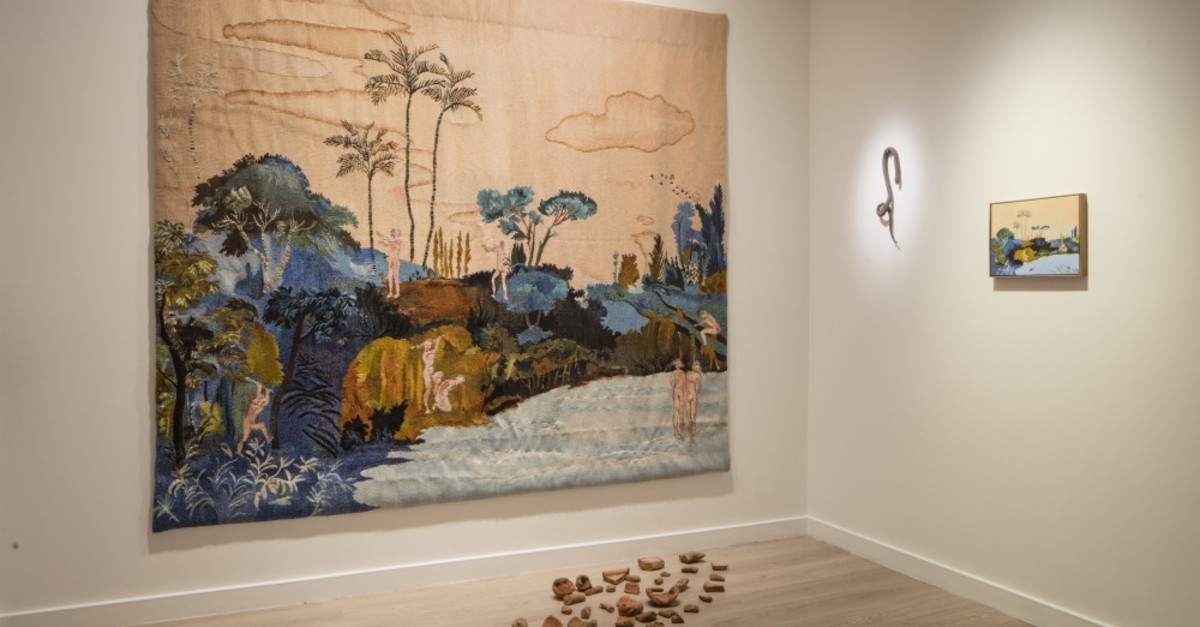 The 16th Istanbul Biennial opens its doors on Saturday, with more than 220 pieces by 56 artists on display in the city at three free-admission venues until Nov. 10

Held by the Istanbul Foundation for Culture and Arts (İKSV) and under the sponsorship of Koç Holding, the 16th Istanbul Biennial opened doors on Sept. 14 with free admission for visitors.

Presented under the title "The Seventh Continent," the biennial is curated by academic and writer Nicolas Bourriaud, one of the leading figures in the world of art. The event hosts pieces addressing ecology, a top priority in today's world, from different perspectives. Presenting contemporary works of art that read natural or cultural waste caused by humanity through the mediums of anthropology and archaeology, the biennial opens the art-archaeology relationship up for discussion.

In addition to the new building of the Mimar Sinan Fine Arts University and the Istanbul Painting and Sculpture Museum, the 16th Istanbul Biennial will welcome visitors at Pera Museum and Büyükada, the largest of Istanbul's Princes' Islands.

The biennial, which features more than 220 artworks by 56 artists from 25 countries, has eight Turkish artists. A total of 36 new works were specially created for the biennial by artists working in different branches of the arts.

With free admission until Nov. 10 and contributions from Koç Holding, the 16th Istanbul Biennial invites its visitors to focus on the "The Seventh Continent" not just with the exhibitions, but also with free events planned with the participation of figures from various areas. Prominent thinkers, scientists and artists who offer different approaches for the relationships between the issues of art, ecology and anthropology are among the participants in the public program of the biennial. Throughout the biennial, objects and issues that are inured as part of daily life will be opened up for discussion, while new collaborations that may arise from the intersection of various approaches will be explored.

Curator Nicolas Bourriaud spoke about the theme "The Seventh Continent" and what the event offers for spectators: "The image of 'The Seventh Continent,' which prevails throughout the 16th Istanbul Biennial and inspired the name, refers to the huge dump in the middle of Pacific Ocean which is among the most visible consequences of the anthropogenic age of global warming. Called 'the Seventh Continent' in popular science, this mass consists of a dump of plastic located on an area of 3.4 square kilometers and weighing 7 million tons. This continent is the product of an area located within the boundaries of science and political action. This image is all too familiar to all of us: The image of fish and marine species swimming along the invisible ocean lines caused by industrial waste with plastic bags and cotton buds. However, the 16th Istanbul Biennial aims to take the issue of this 'continent' seriously and evaluate this unstable area, in which humans and other creatures coexist due to reasons beyond their control and as an unexplored area for now. This is the negative face of the 'new world,' which was once what European migrants prayed for. It's not a continent that can be invaded or occupied forcefully. On the contrary, it is almost a nation aroused as the result of our life and production style and founded as a work by us. 'The Seventh Continent,' which is the reflection of our societies, a country consisting of things we got rid of and didn't want to be a part of our lives. To be able to embrace the Seventh Continent, we need the antennas of artists, their entrepreneurship and anthropological skills. I hope that no matter how familiar they are with the pieces presented in the exhibition they see every artist as someone who brings news from a faraway society. My advice to possible visitors of the exhibition is to just surrender yourself to the tribes of the biennial artists, to the communities that will embrace you and to the notions and objects reflected and made up of them. Thus, you will become the anthropologists of this new world."

Venues in the Istanbul Biennial

The Istanbul Painting and Sculpture Museum was founded to protect, develop and share the prominent pieces of Turkish modern art with the public in 1937. The construction has been going on for eight years to transform the entrepot building (Antrepo No. 5), which hosted the 9th Istanbul Biennial in 2005 and the 12th Istanbul Biennial in 2011, into a museum. In the aftermath of the preparation process, which accelerated with the appointment of Vasıf Korkut as the guidance counselor of the museum a short time ago, the museum is preparing to open its doors in the spring of 2020 in its new building, the design of which was created by Emre Arolat.

Standing as the main venue of the biennial, the museum hosts pieces by 37 artists and artist collectives inspired by real-life stories or fiction and embracing the anthropogenic era through various perspectives.

Serving as one of the venues for Istanbul Biennial since 2015, Pera Museum hosts the event this year, too. In addition to the Suna and İnan Kıraç Foundation's Orientalist Painting Collection, the museum also has the collections Anatolian Weights and Measures with Kütahya Tiles and Ceramics. At the same time, it hosts temporary exhibitions in addition to leading artists and collections. Realized in cooperation with Pera Learning, Istanbul Biennial's learning program and the film program prepared by Pera Film within the context of Istanbul Biennial will be presented to visitors throughout the exhibition.

Visitors to the 16th Istanbul Biennial at Pera Museum will have the chance to explore imaginary civilizations not found in history books. 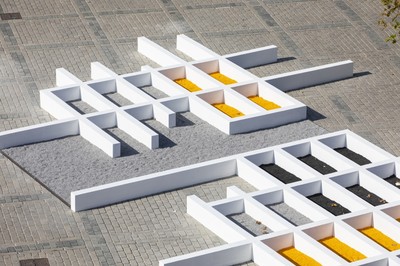 Bringing various cultures together throughout history, Büyükada is also one of the spots for the 16th Istanbul Biennial, offering unexpected discoveries for spectators. While the pieces on Büyükada will slow down the spectator's haste for visiting the exhibition by enriching the biennial experience in terms of venue and time, it will also act as a parenthesis, far from the city. Located on Büyükada, the Hacopulo Pavilion will host Monster Chetwynd; Taş Mektep will host the works by Hale Tenger; Mizzi Pavillion will host those of Glenn Ligon; Anatolian Club will host Armin Linke with Ursula Mayer; and the island's coast will host pieces by Andrea Zittel.

Permanent piece for the city

With contributions from Koç Holding, the 16th Istanbul Biennial will also leave a permanent piece on display in the city. The sculpture in the form of a playground created by Monster Chetwynd, one of the most creative figures of her generation, with inspiration from tales and mythology will be presented to Istanbulites at Maçka Sanat Park.

Celebrating its 30th year in 2017, Istanbul Biennial sets out to present a permanent piece of work to Istanbul at every biennial with contributions from Koç Holding, which has been the sponsor of the biennial since 2007 and will remain so until 2026.

The biennial, which permanently brought the neon-light sculpture titled "Where Do We Go From Here?" by Ugo Rondinone to the city in 2017, will now introduce Chetwynd's work to Istanbul and its children.

Within the context of this year's project, the open-air installation "Gorgon's Head Playground" was fictionalized with a playground mise-en-scene especially for the 16th Istanbul Biennial by Chetwynd and placed in Maçka Sanat Park.

Chetwynd's work, which combines whimsy and reality, was inspired by the stray cats of Istanbul, the Medusa sculptures at the Basilica Cistern and the Gardens of Bomarzo in Italy.

Live performances at the biennial

During the opening week, Jared Madere, one of the colorful artists of the biennial, will offer a series of performances for participants aged seven and above. Based on a laughing contest, the performance will be conducted with the participation of a bodybuilder whose face is covered with cloud images and a small group of children. In addition to a one-hour sewing performance planned to be realized on opening night, Turiya Magadlela will perform five days during the program's opening week. Ylva Snofrid, on the other hand, will be living and working in the exhibition area with her nonstop performance throughout the event's first week.

Every Saturday during the biennial, a puppet master will perform conflicting dialogues of two main characters within the context of Max Hooper Schneider's work. Jennifer Tee will offer reading sessions with poet Jane Lewty. Throughout Eva Kot'atkova's performance "workers" will seam drapes at the venue together, while some other performers will read short stories aloud.