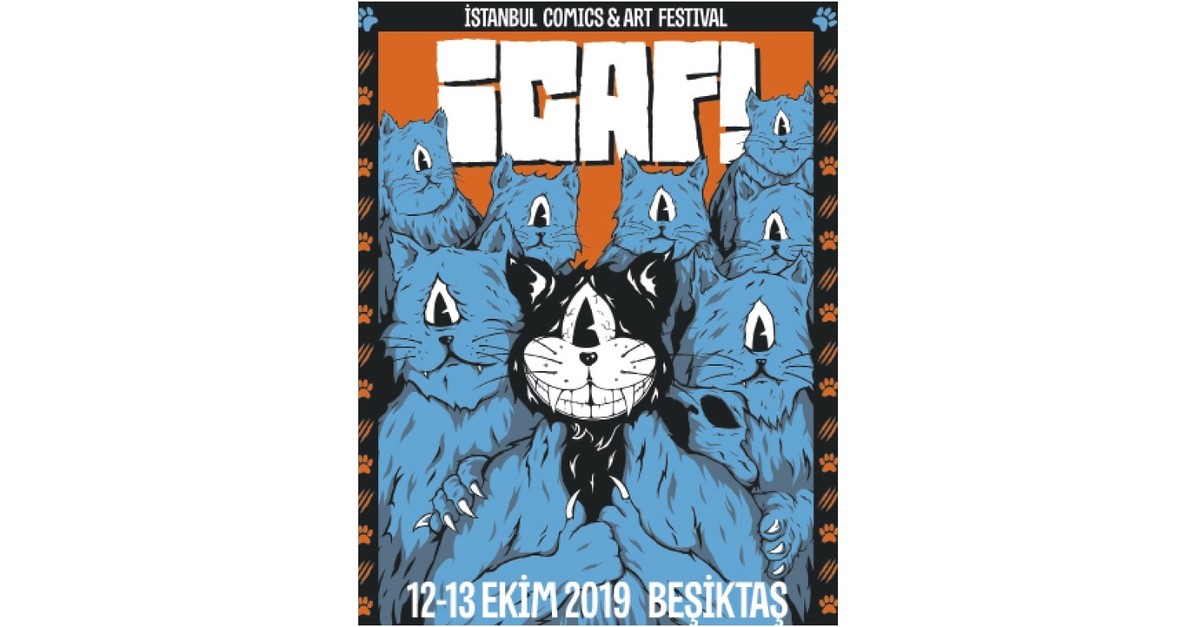 The Istanbul Comics and Art Festival (ICAF), which has been organized by Dream Sales Machine for three years, opens on the streets of Beşiktaş on Oct. 11, 2019 as part of the 30th-anniversary celebrations of the Istanbul-Berlin sister cities. The event will be moved to Beşiktaş to be held in the venues of Feriye, Ortaköy Orphanage and Kethüda Bath on Oct. 12-13, 2019. Festival tickets are available on dsmbilet.com.

Held since 2016, the Istanbul Comics an Art Festival offers a number of creative experience areas such as workshops, interviews, exhibitions, screenings and public space applications through the disciplines of comic books, cartoons, street art, fanzines, illustration and animation. It is of great interest as an open-air festival that brings together comics and street culture.

This year, the festival will be organized as part of the 30th-anniversary celebrations of the Istanbul-Berlin sister cities under the Urban Art project. Denis Leo Hegic, founder and curator of the Berliner street art formation "Yes, And…Productions" (YAP), has been invited to Istanbul for the festival. In addition, Marina Zumi, TpT, Eric Tiedt, Hundertzehn and Martin Krusche from Berlin; Somon, Rakun, Max and Nuka from Istanbul; Gökhan Tüfekçi, also known as Kara Gözüktü Kaptan, from Ankara; and Cem Sonel from Izmir are among the artists who have been invited to the festival to create murals on the streets of Beşiktaş.

This year, the festival focuses on the animal powers of superheroes, animal dialogues in caricature, the relationship between stray animals and public space, and animal representations in art through the main theme of "Like an Animal." On the streets where the festival will take place, the advanced transformation collective "Garbage Men" and festival participants will be brought together to make sustainable public space interventions for stray animals from waste materials.

The festival will take place in three different venues, namely Feriye, Ortaköy Orphanage and Kethüda Bath. Feriye will feature interviews, animation screenings, comic book shops, publishing houses and concerts, and Ortaköy Orphanage will stage exhibitions, workshops and live mural activities. Also, Kethüda Bath will host the opening party of the Urban Art project, as well as a special exhibition project. The ICAF poster, which is acclaimed every year, was drawn by Big Baboli this year.