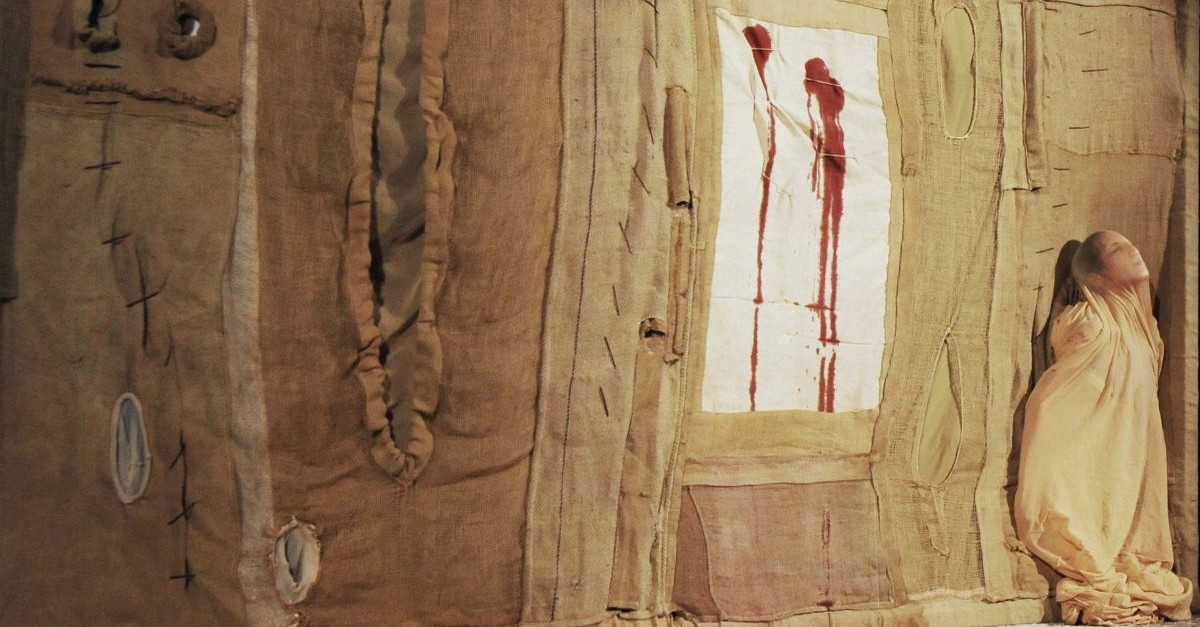 u201cCute (Skin)u201d tells the stories of unseen traces engraved on our skin as a result of life encounters, words and emotions we have experienced.
by Daily Sabah Sep 18, 2019 12:14 am

Organized in Istanbul for the first time, the Istanbul Fringe Festival starts today, bringing together numerous art lovers with dance and theater professionals as well as collectives in 19 venues across the city for four days

The Istanbul Fringe Festival, which will be held for the first time in Istanbul this year, is getting ready to salute lovers of the performing arts. Theater, dance and performance shows by 22 teams from Turkey and around the world will perform for visitors at 19 art centers located in various points of the city starting today and continuing until Sept. 22. There will also be workshops, meetings and parties as part of the festival.

Tickets for the Istanbul Fringe Festival, which will present the shows by teams from Italy, Hungary, Greece, Belgium, Taiwan, Poland, the U.S., Switzerland, Hong Kong, Iran and Turkey, are expected to sell out quickly.

The story of Fringe, which means "alternative," "unexplored" or "edge," started with eight teams that attended the International Edinburgh Festival in 1947 as guests and staged their shows independently of the official program and that show transformed into Edinburgh Fringe, one of the most prestigious festivals of the world of contemporary arts of performance. Today, Fringe brings together 170,000 artists with 19 million spectators at 250 venues as part of 60,000 events. Held in various forms and scales in every city, Fringe Festivals offer young artists who produce alternative and innovative pieces the chance to exhibit their work at an international platform. 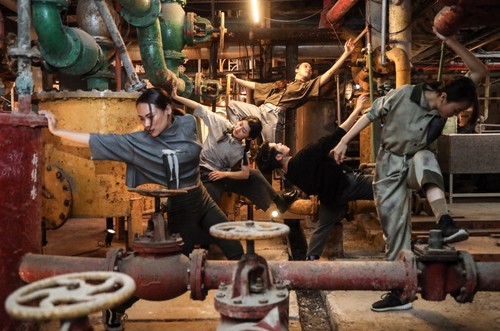 The festival will also offer workshops on theater, dance and the performing arts. The six workshops the festival will offer during its first year aim to supply participants with a unique environment for experience and creation.

Here are some of the performances in the festival lineup:

Everybody bears scars or traces of previous moments or gestures. An extraordinary show by the Italian Matroos Dance Theater Company, "Cute (Skin)," tells the stories of unseen traces engraved on our skin as a result of life encounters, words and emotions we have experienced. Our skin is our first point of contact with the world. It encircles and protects, holds and lets go, reigns and attends, gets to know, hears and communicates via touch, expresses itself, breaths, conserves and guards. Constant contact of a secret dancer behind a giant canvas will convey the inner movements, fidgets, lacerations and a story of transformation, farewells, memories and images to the spectator. It will bring together the story we need to regenerate, to molt with the spectator.

Resident Island Dance Theatre's "Factory" started its creation process in 2017 in Taiwan. It tells about the time-space relationship developed within human society and how people behave within a standard system. Human beings, especially the ones who live in a capitalist society, start to experience insecurity and anxiety. The creation process was experienced by dancers who use mobile platforms to create various languages between dynamic and static.

"Awakening," a show by the Hungarian team Ladder Art Company, humorously reads the two different sides of humanity by means of live music, calligrams, thesenses, circus and acting. It will be on DasDas Stage on Friday, Sept. 20.

Two actors and four musicians tell a story on the duality of humankind. Two different characters exist in two different worlds onstage: one is magical like a dream, while the other one is more substantial and real.

Focusing on human nature with its humorous style, the performance reminds us how small, cowardly and brave we are. It takes us to a magic world which guides us via instrumental but live music, calligrams, senses, humor, circus and acting through which the different two sides of humanity try to meet on a common ground.

How can you write the story of a building in a state free of architectural and spatial concerns? How can a structure be free of the social and urban texture of the city?

The choreography of Greek artist Ioanna Angelopoluo focuses on a structure, Megaro Athinogenous, that is listed on the center of Athens and presents the dwellers of the structure to us by describing them as part of hundred years of transformation. By looking at studies conducted on the photo archive of the Society of Greek Literary and Historical Archives (ELIA), it creates an imaginary family album, a genealogy of ghosts by piecing stories together.

The interesting stories of Mr. Remor, who is among the leading composers of classical music world, spring to life in "Whisper Room."

Working a lot, one day Mr. Remor loses his mind and wants to get out of Whisper Room as he loses his memory. Little miss Simon, his student, got really upset about that. She helps Mr. Tremor to compose again by helping him relearn language and looks for the ways of keeping him in the Whisper Room.

The main feature of Turkish Sanat Mahal's game is that it is played with a language, which shelters the art of pantomime.

"Manbusha" is a dance show based on the dream of two little children playing a game in the rice fields of Asia.

Inspired by the interaction of foreign civilizations and the bond left on the dancers by the rhythm of the music and staged by Italian Girolami e Giacomo,

Inspired by the interaction of foreign civilizations and the bond left on the dancers by the rhythm of the music and staged by Italian Girolami e Giacomo, the show invites spectators to focus on one's natural instincts and vibrations and to explore their inner travels.

Two children, who are full of innocence and the joy of game, don't even understand the emotions they feel.

A stolen chess book becomes the only thing that holds a prisoner to life and mental health. Fighting against insanity, choosing schizophrenia, trying to survive by focusing on the rival between two masters of chess hold the prisoner to life. U.S.-based Theatre Omnibus presents the story of the captive, who is walking the lines of insanity, dreaming of the fight he will give against the world's best chess player after his escape, to the taste of the spectator with Richard McElvain's interpretation of Stefan Zweig's classic.

"The Sensemaker" is the story of a woman who fights against answering a phone that tries to cover the impossible expectations of a virtual voice. Criticizing bureaucracy and new technology, this one-man dance show brings together dance, theater and even lip synchronization and embraces the fears and problems of our interrelated world in an ironic way. Staged by the Swiss Woman's Move collective, "The Sensemaker," the funny but besetting show, questions our capacity to stand against an unfair authority.

Prepared by the Iranian team Ishigh (Light), "Travel of Clowns" is a show that harmonizes play and performance. Starting with small clown plays, the show transforms into the funny and fascinating story of two characters. In the aftermath, the show offers performances from various disciplines, including circus, illusion and pantomime, and transforms into an interactive play to include the spectator. The play, the dramatic flow of which is drawn through the conflict of the two characters, is focused on the development of the two funny characters on the stage. As each other's opposite characters, Mr. X and Mr. Y invite audiences to join the show.