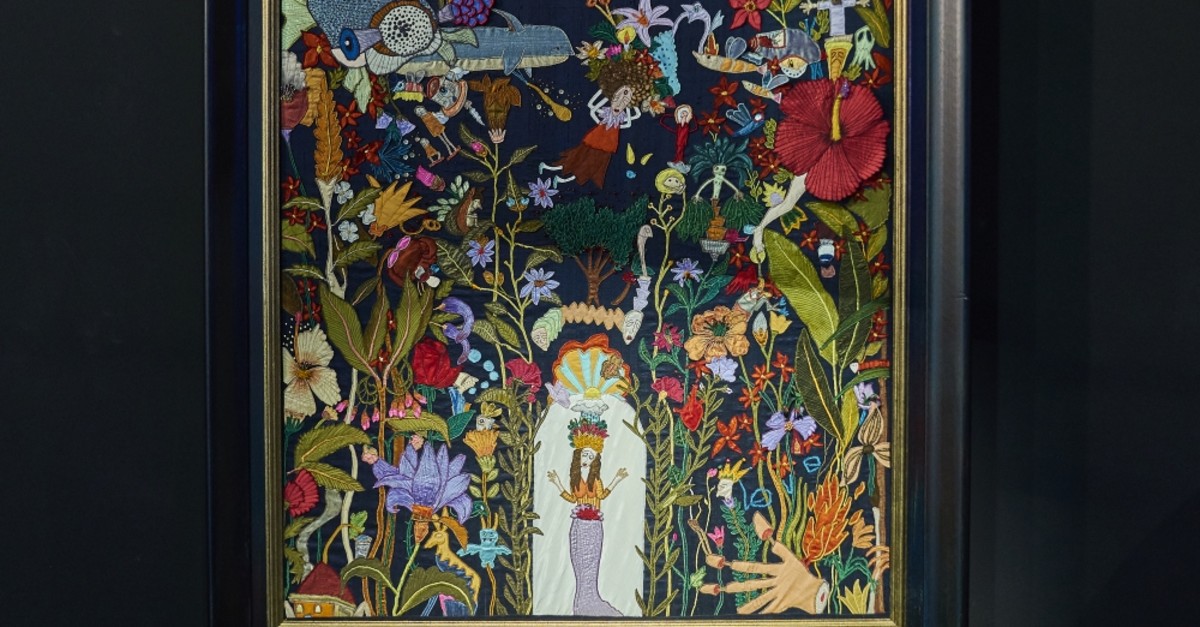 The exhibition displays works that show the many common grounds Turkey and Greece share.
by Daily Sabah Sep 18, 2019 12:14 am

After almost 25 years, the Çeşme Festival, which celebrates the centuries-old friendship between the Turks and the Greeks returns today. The festival will focus on the theme of the two sides of the Aegean. Among other events, it will host painter Mehmet Sinan Kuran's solo exhibition "Houzouri." Kuran presents a different approach by painting happiness in his lines. The event will continue until Sept. 22. Çeşme Festival was one of the biggest music festivals in the region in the 1990s. It is ready to meet art lovers once again after almost 25 years and bring the communities on both sides of the Aegean together.

The title of Kuran's exhibition "Houzouri," means peace in Greek ("huzur" in Turkish). The exhibition showcase works that show the many common grounds the two neighboring communities share, from languages to cultures.

The curator of the exhibition, Ayşe Pınar Akalın, said: "I particularly named the exhibition 'Houzouri.' One of the things that show the closeness of the two countries' cultures is the language. There are many common words in Turkish and Greek. That's why we named this exhibition with a common word. We believe that our exhibition reflects the spirit of the festival, which is held to strengthen the artistic and cultural bond between the two countries, which share a single sea."

"The figures of Mehmet Sinan are so naive but also strong. In the works he made by freeing the subconscious totally, the artist turns his magical world into a colorful, fairy tale world. In this world, people, animals and plants are together in peace, happiness and curiosity like they are in this universe," she said. "Houzouri" will welcome visitors until Sept. 22 at the Agios Haralambos Church.