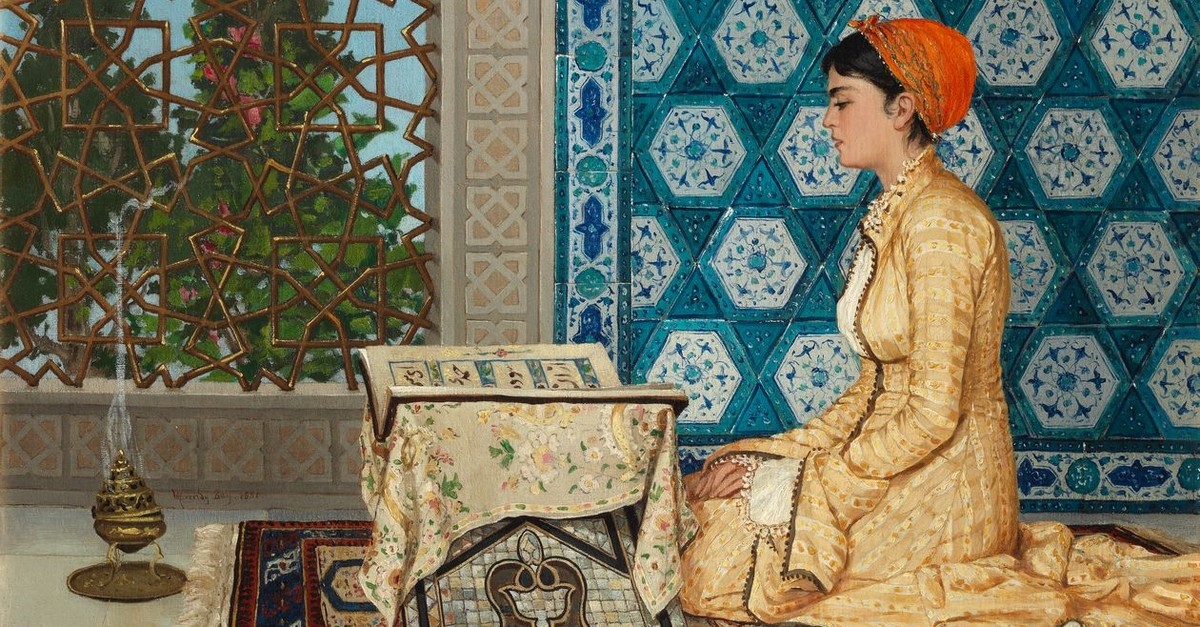 Young Woman Reading was sold at the Bonhams auction, setting a new record for the artist and becoming the most expensive painting in Turkey.

The painting had been kept by the family for the past 45 years.

It was considered to be one of the finest pieces of the artist.

One of the famed paintings of Osman Hamdi, The Tortoise Trainer -- which dates back to 1906 -- was sold for a record 5.5 million Turkish liras in 2004.

Another painting -- Istanbul Hanımefendisi [The Lady of Constantinople] -- was sold for $6.5 million at a Sotheby's auction in London, another record for the artist, in 2008.

Osman Hamdi Bey is known around the world for mesmerizing Orientalist paintings, with 'The Tortoise Trainer' being the most famous.