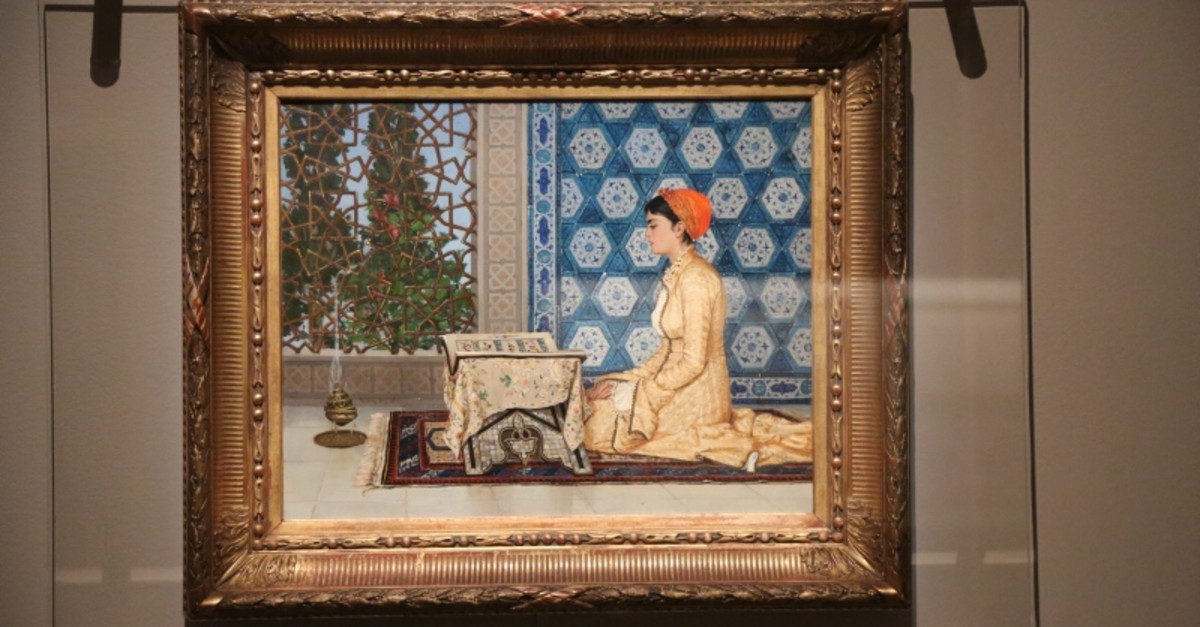 A rare piece by a pioneering Turkish painter that fetched millions in an auction last week will be spotlighted in a new Islamic art exhibition in London.

Ottoman painter Osman Hamdi Bey's "Young Woman Reading" (Girl Reciting the Quran), which the Malaysian Islamic Arts Museum bought for just over £6.3 million (almost $7.4 million), has been added to the exhibit by the British Museum.

The 1880 painting details a young woman's clothes amid an environment full of colorful Islamic designs.

Julia Tugwell, curator of the British Museum show "Inspired by the east: how the Islamic world influenced western art," told Anadolu Agency that the painting was a perfect addition to the theme of their new exhibit, thanks to the Malaysian museum.

Tugwell said the exhibit tries to show how Orientalist artists were influenced by Western art and techniques.

"Osman Hamdi Bey, having been an artist that worked in Turkey and Paris, is an ideal artist to have in our exhibition," she said, adding that his painting works very well with their theme of East-West dialogue.

"British artist Edmund Dulac's original illustrations for a 1907 edition of the Arabian Nights, and ceramics by Théodore Deck, a leading French ceramicist who in the late nineteenth century created a range of pieces directly inspired by Islamic originals" are also featured, said the museum.

"A section of the exhibition will be dedicated to how some artists from the Islamic world were able to turn the Orientalist gaze back on itself during its height in the 19th and early 20th centuries, reusing and reimagining such imagery for their own ends," it added.

"The adoption of European artistic styles and technologies-particularly photography-was embraced and promoted by social elites, who like their contemporaries in Paris and London were active participants in the artistic and cultural trends of the period."

Pioneering Ottoman photographer Pascal Sébah's works will also be showcased as part of the exhibit.