Rereading the Ottoman Empire through manuscripts 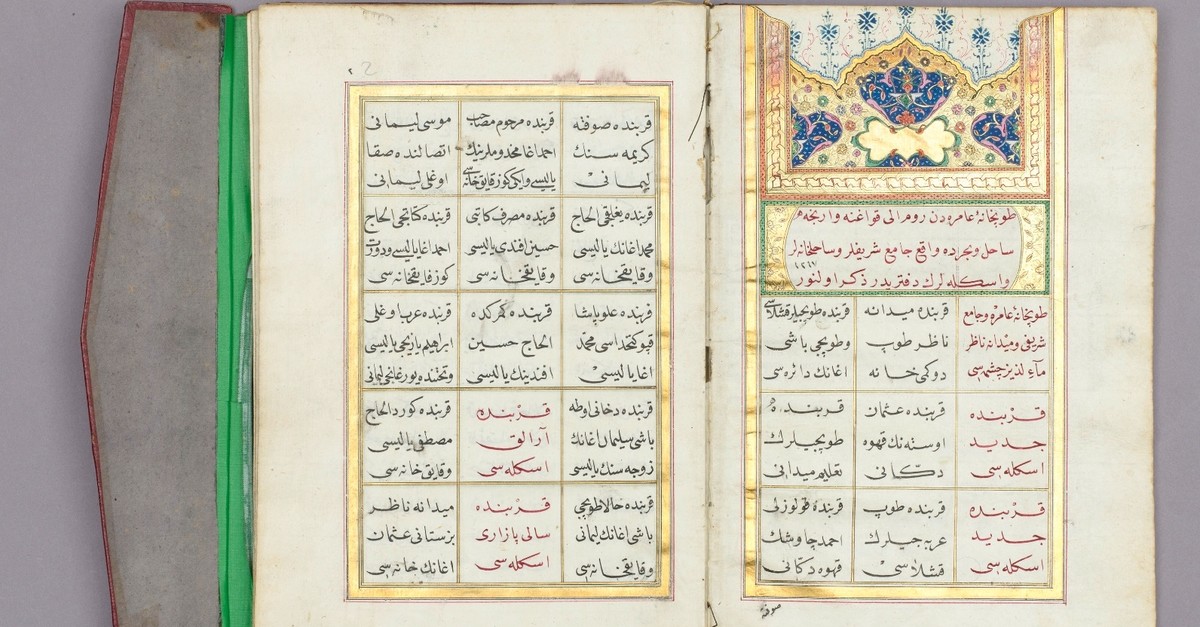 u201cMemories of Humankind: Stories from Ottoman Manuscriptsu201d follows the traces of this collective written culture.
by Daily Sabah Oct 04, 2019 2:06 am

The Istanbul Research Institute will begin to host the "Memories of Humankind: Stories from Ottoman Manuscripts" exhibition on Oct. 17. The exhibition, which takes visitors on a journey among texts, objects and times from a rich selection of manuscripts, chases the traces of multilingualism, daily life, medicine, knowledge of universe and time, gender and sexuality in Ottoman society while revealing how the historical geography of Istanbul can be recreated through manuscripts.

The Istanbul Research Institute brings the manuscripts surviving from the Ottoman world to the agenda with "Memories of Humankind: Stories from Ottoman Manuscripts" even after 90 years have passed since the adoption of Latin script, 100 years since the collapse of the empire, and almost 200 years since the advent of the printing press.

Losing its effect slowly after the spread of printing press in the 19th century, the Ottoman manuscript culture, which was no longer a source of information, stories or spirituality for wider society in the 20th century and has become something only of interest to collectors, started to change in a world of widespread literacy.

The texts were changing in the hands of readers and those who copy them. These changes could be traced physically on paper and literate ones were entering into dialogues between lines and margins. Reading was an action as collective as writing. There were people who read popular stories aloud in coffeehouses, and some readers answered the notes of previous readers. "Memories of Humankind: Stories from Ottoman Manuscripts" follows the traces of this collective culture. It helps us understand the multilayered world of manuscripts by bringing together İbrahim Ağa, the guardian of the Van Fortress who also found time to copy manuscripts while on duty, Zübeyde Hanım, whose diwan was widely popular, Yirmisekiz Çelebi Mehmed Efendi, the Ottoman ambassador to France who corrected his own manuscript, Rıfat from Kilis, who intervened with the text by scribbling in the margin as "whoever wrote this is wrong," Enderunlu Fâzıl, whose writings were scolded and censored but still made the rounds among readers, the "Ya Kebikeç" prayer written to protect the manuscript, the bookworm that payed no attention and ate its fill and hundreds of famous or anonymous writers and readers.

The exhibition nudges the door ajar to the memory of humanity, which crystallizes in manuscripts and is alternatively worldly and otherworldly, multilingual and multi-religious, urban and rural, unique and ordinary, sometimes very alien and occasionally very familiar, fragmentary, incomplete and inspiring. History enthusiasts can visit it until April 25, 2020 at the Istanbul Research Institute.