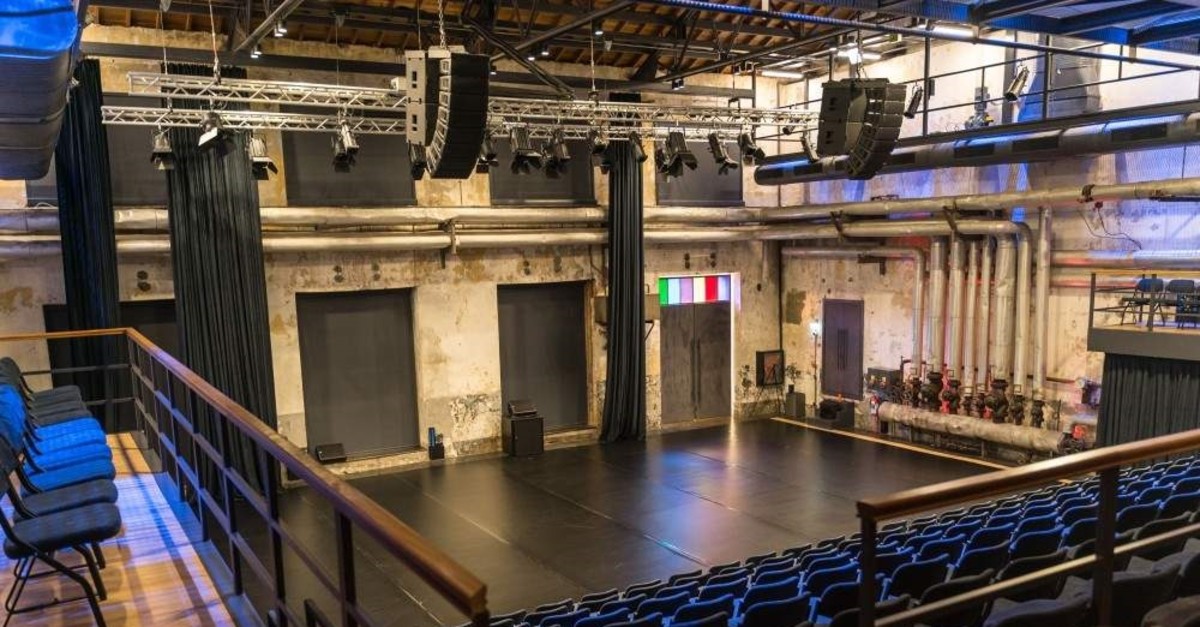 Kundura Stage provides an exciting venue for performing arts with no genre barriers.
by Daily Sabah Nov 15, 2019 3:44 pm
Beykoz Kundura, a landmark company for Turkey's film industry, last year launched The Boiler Room Project with the opening of Kundura Cinema.
Now, the second part of the project, Kundura Stage, is set to represent a progressive interdisciplinary space with a focus on contemporary performing arts no limits set on genre. The Kundura Stage opened with a workshop program from acclaimed contemporary dance and performance artist Tuğçe Tuna and promises audiences a diverse host of contemporary performances, concerts, theater showings and many more.
The Boiler Room, which formed the heart of the factory complex, has been restored for the Kundura Stage by Theater Advies and TenBraz, two well-known Dutch consultancy companies. Complementing Beykoz Kundura’s industrial architecture, albeit with a dash of something new, Kundura Stage hopes to fast become a central hub of Istanbul’s arts and cultural life.
The performance hall seats 500 people at full capacity and has a spacious underground level. Facilities include a multipurpose stage, along with support areas including changing rooms, rehearsal rooms for dance, ballet, chorus, orchestra performances, as well as dining and production facilities. Kundura Stage's most unique feature, however, includes a spacious lounge area showcasing the remains of the factory’s industrial heritage, including old generators and power suppliers.
On Nov. 9, Kundura Stage welcomed Tuğçe Tuna’s “The Place I live in: Body” Dance Movement Therapy Workshop. Tuğçe Tuna, an award-winning choreographer, contemporary dance and performance artist and director, ran a thematic workshop aimed at introducing people to the benefits of dance. Based on dance and movement therapy practices, the workshop aimed to forward holism, complexity and connectivity with our bodies and to raise physical awareness and strengthen kinesthetic intelligence. Running parallel to 16th Istanbul Biennial, the workshop consisted of three parts; namely, self-witnessing, impulse and having trust in the unknown. A rerun of the workshop will be open to teachers from the Beykoz district on Sunday on Nov. 24th in line with National Teachers' Day.
Tuna is also due to host a “Body Awareness and Dance Workshop” on Nov. 17, 23 and 24. The second workshop is based on somatic studies on the body’s individual kinesiological operation and the concept of holism and connectivity. It aims to develop the individual’s physical qualities, understanding of movement and bodily freedom through different qualities of speed and movement, coordination and exercises in memory.
Last Update: Dec 20, 2019 1:42 am
RELATED TOPICS