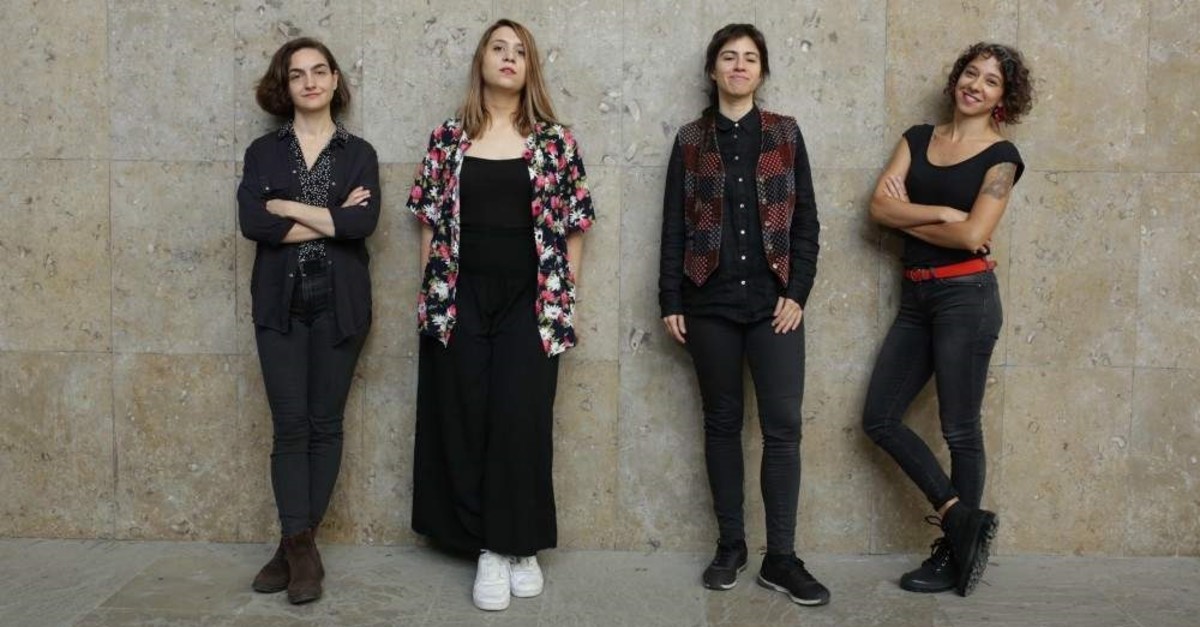 Klank.ist, a collective art formation operating in Istanbul, aims to push the boundaries of defined identities, physical spaces, disciplines and mediums through its collaborative work with areas of art such as dance, music and stage design. Founded in 2017, the collective has a special presence in the field of improvisation with the klank.ist ensemble project. Acts such as free improvisation, body performance and audiovisual interaction are at the center of the creative pursuits of the ensemble, represented by four female composers/performers of musical origin.

The musical performance by klank.ist ensemble, which is preparing to release their debut album “V.Dialogues” at the beginning of next year, will develop into an improvisation that is both planned-determined and spontaneous-unpredictable, with open form compositions. The performance will open cases such as pre-word, non-word, word, voice, silence, dance, movement, play and performativity to a perceptual experience.

Another event to be held at SALT Beyoğlu is an exhibition review organization. “I hold under the microscope what I see around me, what strikes me, what makes me startled, what makes me react, 'Are you kidding me?' and what makes me laugh, and I put it in people's view. And I do this without saying ‘it’s right,’ ‘it’s wrong,’ ‘it should be’ or ‘it shouldn’t be.’ I'm just saying, look carefully,” said Nur Koçak, the artist of the Our Blissful Souvenirs exhibit.

The selected series of paintings from the artist's exhibition opens to interpretation through several tours. In the first program, scheduled for 3 p.m. on Nov. 30, writer and editor Seçil Epik will evaluate the background of Koçak's image selections in the focus of the "Fetish Objects" (1974-1988) and “Object Women” (1975-1979) series of the exhibition presented on the third floor of SALT Beyoğlu. These paintings, in which popular culture images of the period are transferred to canvas in monumental dimensions, will be discussed in the context of feminism.

The exhibition can be seen at SALT Beyoğlu and SALT Galata until Dec. 29. Since 2016, Seçil Epik has been an editor at K24, a book culture critique blog. She writes critical reviews for various media, including K24. Epik shares her book suggestions in her weekly newsletter called “What Epik reads?”